From the archives: Joshua and Violence (Part 3) – Negotiating with the Enemy by Matt Lynch 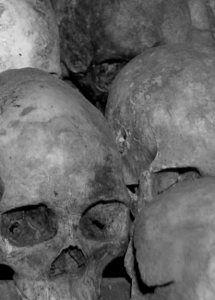 Joshua and Violence (Part 3): Negotiating with the Enemy by Matt Lynch from the Theological Miscellany blog archives. In this post Matt discusses biblical methods in dealing with difficult situations. He writes:

“Today is Maundy Thursday, a day when Christians remember and re-enact the last supper. Upon re-reading the episode in Luke 22, I’m reminded of Jesus’ willingness to share a meal with a known enemy. One from his most intimate circle who had turned against him: ‘The one who betrays me is with me, and his hand is on the table’ (Luke 22:21). Sitting to eat a meal with Judas was not a departure from Jesus’ normal ‘policy.’ He frequently ate and associated with those who were explicitly opposed to him. Or even with those who were supposed to be his opposition.

Yet, sitting down with the enemy is often seen as a weakness by staunch militarists. Last year, the Obama administration endured intense criticism for brokering a nuclear deal with Iran. Talking with an avowed enemy was ruled out of bounds as a matter of principle, but also as a matter of security. Some claimed that the deal would ‘embolden’ the Iranians, and provide them with funds to support terrorist networks throughout the Middle East and beyond.[1] In the wake of the Brussels’ bombings this week, the desire for ever stronger barriers between us and dangerous outsiders is understandable, and perhaps with biblical analogy.“

Joshua and Violence (Part 3 of 7) by Matt Lynch on the Theological Miscellany blog.