From the archives: Joshua and Violence (Part 7) – Christocentric Solutions? by Matt Lynch 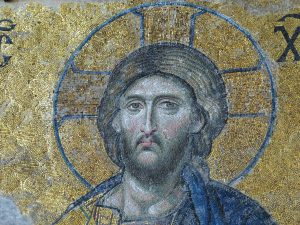 Joshua and Violence (Part 7): Christocentric Solutions by Matt Lynch from the Theological Miscellany blog archives, discusses the common use of a New Testament lens to interpret Old Testament passages such as the Book of Joshua and whether we are faithful to the text or not. He writes:

“I’m writing this post in the shadow of the 12th June Orlando massacre, where 50 people were tragically killed by a man who, ostensibly, pledged his allegiance to Isis. While Omar Mateen does not represent the ethos of Islam, I also recognise that he embodies a certain vulnerability faced by religions of the book(s): Our sacred texts contain texts in which humans are called to take up the sword on behalf of God.

Over the last 7 posts I’ve asked how we might read Joshua in a way that’s faithful to the story of Jesus. I’ve suggested at least 5 different facets of Joshua that give me hope for that possibility.

In this final post I’d like to step back to ask a more basic question about a Christian hermeneutical stance toward violent texts in the OT. For some, the most viable ‘solution’ to the problem of OT violence is to adopt a ‘Christocentric’ hermeneutic. By this, interpreters usually mean that all violent texts in the OT need to be re-conceived in light of Christ. The accompanying premise is that because Jesus is the definitive revelation of God, and the cross is the definitive victory of Christ over his enemies, all previous revelations of how God deals with enemies must bow to the clearer reality of the cross. This leads toward an unambiguously non-violent commitment.“

Joshua and Violence (Part 7 of 7) by Matt Lynch on the Theological Miscellany blog.