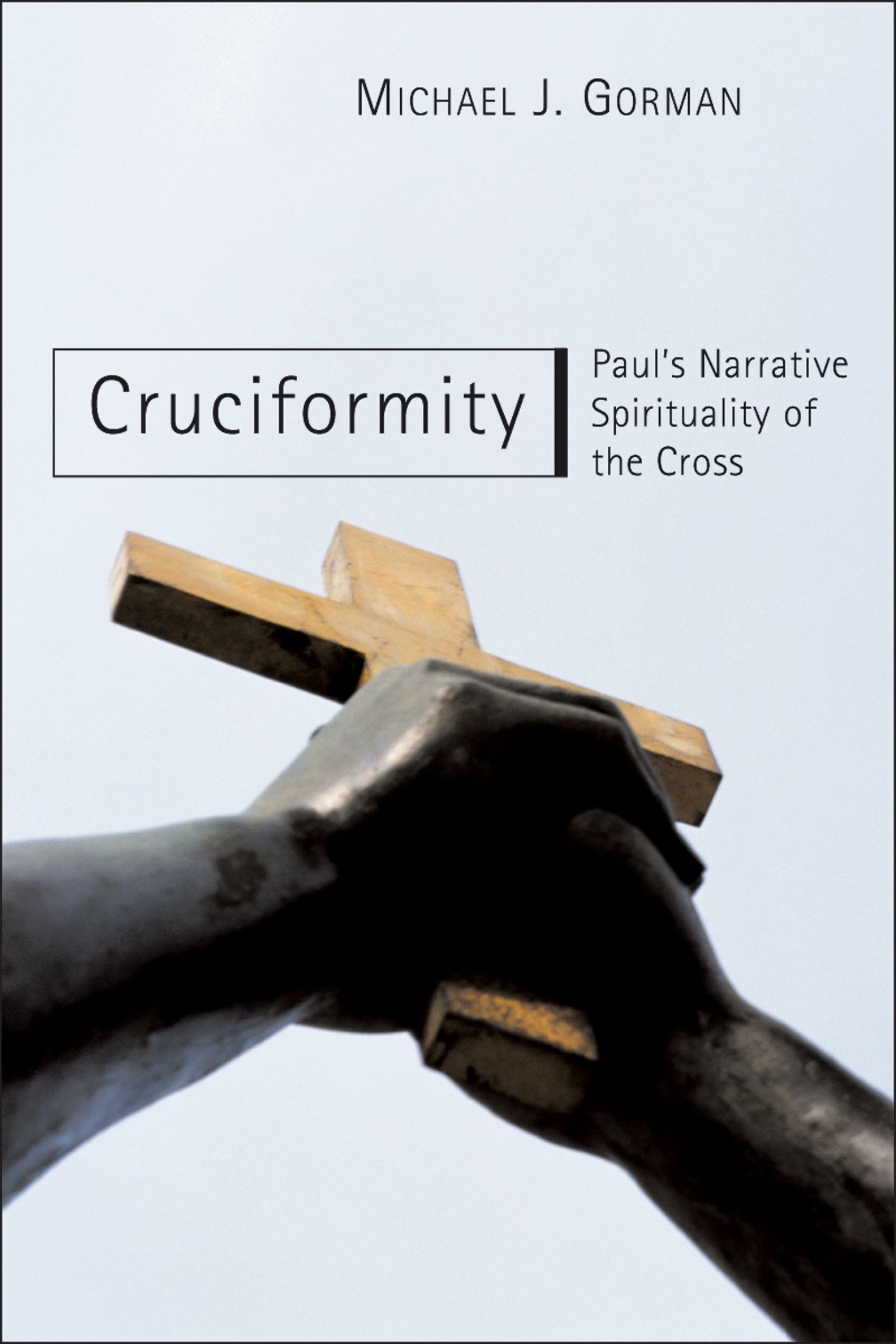 Die Before you Die: C.S. Lewis and Cruciformity

I suspect that most of us have had one of those experiences where we hear a startlingly new idea, and yet it does not feel new to us. Instead, it is more like we are finding words for an idea that has been quietly growing inside us. I landed at my graduate program in biblical studies because a professor was able to articulate my understanding of God’s creativity in a way that I couldn’t yet find words for.

Sometime later, Watchman Nee’s treatment of Galatians 2:19-20 in The Life that Wins was another one of these moments for me. As strange and problematic as Nee’s little book is, his idea of “surrender”—Paul’s idea that “it is no longer I who live…”—helped me find freedom from a tyranny of guilt in my heart. If we are crucified with Christ, all things are his, including my guilt, my shame, my inability. It is God, then who creates the resurrection in life. This simple, historical idea gave me that freedom that I knew was the very heartbeat of Christ’s words, the lifeblood of the gospel.

While it was Nee that named this new mental space for me, I knew that I needed to think through his idea of “surrender” in more biblical theological terms. It was to Michael J. Gorman that I ultimately found the deeper conversation I was looking for.

I came to Gorman’s work because I was studying how the Apostle Paul uses story to shape his teachings in letter form. Relatively early in this search, I found Gorman’s important text, Cruciformity: Paul’s Narrative Spirituality of the Cross (2001). Gorman argues that at the heart of Paul’s spiritual theology is the believer’s conformity to the crucified Jesus, where the primary narrative of Christ is captured in the identification of the believer with the death of Christ. In Gorman’s understanding of Paul’s thought, we are to follow Christ by casting away our life, taking up our cross, dying to self as Christ did.

The term that Gorman borrows from engineering is “cruciformity,” a double entendre suggesting that the believer’s life should be cross-shaped, but also formed by the cross. The idea draws in spiritual formation connected to the believer’s conformity to Christ. We surrender ourselves as Christ has done in the cross event. In that voluntary self-death in Christ, God will bring resurrection, the new life. In this way Gorman’s cruciformity clarifies the Imitatio Christi by emphasizing the Spirit’s role in shaping the believer’s life.

As time went on, I decided to turn the tools I learned in biblical studies to fantasy literature. As I dug into the lives of the great minds that make the fantastic worlds we love, I came to this intriguing phrase in the one of the letters C.S. Lewis’ wrote on the eve of his Christian conversion: “death is at the root of the whole matter” (Letters I, 971). The phrase caught me up short, so I read his “conversion letters.” On Sep 22, 1931, Lewis wrote that, “The [George] Macdonald conception of death—or, to speak more correctly, St Paul’s—is really the answer to [William] Morris” (Letters I, 970). This phrase sent me into a five-year search of the images of death and resurrection in Lewis (as well as MacDonald and Morris). What I’ve found is that at the centre of C.S. Lewis’ spiritual theology as we see it in his letters, his fiction, his apologetic work, and his literary criticism, is an understanding of cruciformity that very much resonates with what Michael Gorman has captured in his work.

If you are a reader of Lewis, your mind will immediately flip to the texts that you know best. Of his Christian works, we know Mere Christianity (1952), and we see cruciformity at the crux of his argument about the necessity of the incarnation:

In other words, fallen man is not simply an imperfect creature who needs improvement: he is a rebel who must lay down his arms. Laying down your arms, surrendering … means unlearning all the self-conceit and self-will that we have been training ourselves into for thousands of years. It means killing part of yourself, undergoing a kind of death (56).

The problem with fallen humanity surrendering, dying to self, is that the same sin that means we must surrender makes it impossible to do so. Lewis presses the point home:

Our attempts at this dying will succeed only if we men share in God’s dying, just as our thinking can succeed only because it is a drop out of the ocean of His intelligence: but we cannot share God’s dying unless God dies; and He cannot die except by being a man (58).

Mere Christianity is his most popular Christian book, but it is in The Problem of Pain (1939) where Lewis lays out a six-point logic of cruciformity, beginning with the epigraph, a quotation from one of George MacDonald’s sermons:

The third book in Lewis’ apologetics trilogy also has this idea “bodily Death, the monster, becomes blessed spiritual Death to self” (Miracles 156). Moreover, in the famous chapter, “The Grand Miracle,” which you might have read in God in the Dock, Lewis works out the spiritual principle of death and resurrection as “the full, huge pattern” of all of life. And this spiritual pattern “echoes in the natural life,” so that the whole world becomes a parable of central story of Christianity and the central practice of Christian life.

One you see this image in Lewis’ apologetic works, you discover it everywhere, hidden in the little places within his writings:

And, of course, the famous moment in his spiritual autobiography:

Total surrender, the absolute leap in the dark, were demanded…. In the Trinity Term of 1929 I gave in, and admitted that God was God, and knelt and prayed: perhaps, that night, the most dejected and reluctant convert in all England” (Surprised by Joy, ch. 14)

Even in this quick survey we can see how Lewis’ idea of cruciformity informs his nonfiction. Most of the world, though, knows him as a storyteller. It is there, tucked into the pages of his fiction that we see this spiritual principle play out in everyday life. Once you know the principle, you can see that that Ransom’s journey in Perelandra (1943)—his descent into Venus and return to the heavens—is exactly this kind of self-death. Mark and Jane must each learn to surrender in That Hideous Strength (1945)—and neither of them know about the resurrection on the other side. Eustace’s un-dragoning in The Voyage of the Dawn Treader (1952) is a poignant interpretation of the mortification of the flesh for children, and fits Lewis’ pattern well. Really, each of the human children in Narnia must find a way to leave their selves behind so they can be exalted to royalty. The cross patterns in Narnia not merely in the so-called allegory, but in the death and resurrection in the lives of the characters.

Perhaps the most poignant examples come in the characters that begin and end Lewis’ career in fiction. John in The Pilgrim’s Regress (1933) and Orual in Till We Have Faces (1956) both find themselves on the edge of a cliff after desperate attempts to escape the unknown. There they stand, beaten and afraid, facing the darkness beneath them. It is at that moment of desperation that they each give in. “The cure of death is dying,” John is told by an invisible voice; “Die before you die,” Orual is warned by the god’s clear voice. Lewis’ principle of cruciformity seems clear.

If Lewis and Gorman are right—and I think they are—we are all of us called to this pattern of cruciformity. Rather than the exceptional act of a martyr, to use a phrase of Watchman Nee’s, laying down our lives is the “normal Christian life” we are all called to live.

Michael J. Gorman has developed his idea of cruciformity in a number of directions over the last 15 years, but you can find the foundation of the thought in Cruciformity: Paul’s Narrative Spirituality of the Cross (Grand Rapids: Eerdmans, 2001). The primary work I drew on of Watchman Nee’s were his The Normal Christian Life (1957), available in various editions and translations, and his more obscure The Life That Wins (1982 English translation).

For further on this topic, see my chapter, “‘Die Before You Die’: St. Paul’s Cruciformity in C.S. Lewis’s Narrative Spirituality” in Rob Fennell, ed., Both Sides of the Wardrobe