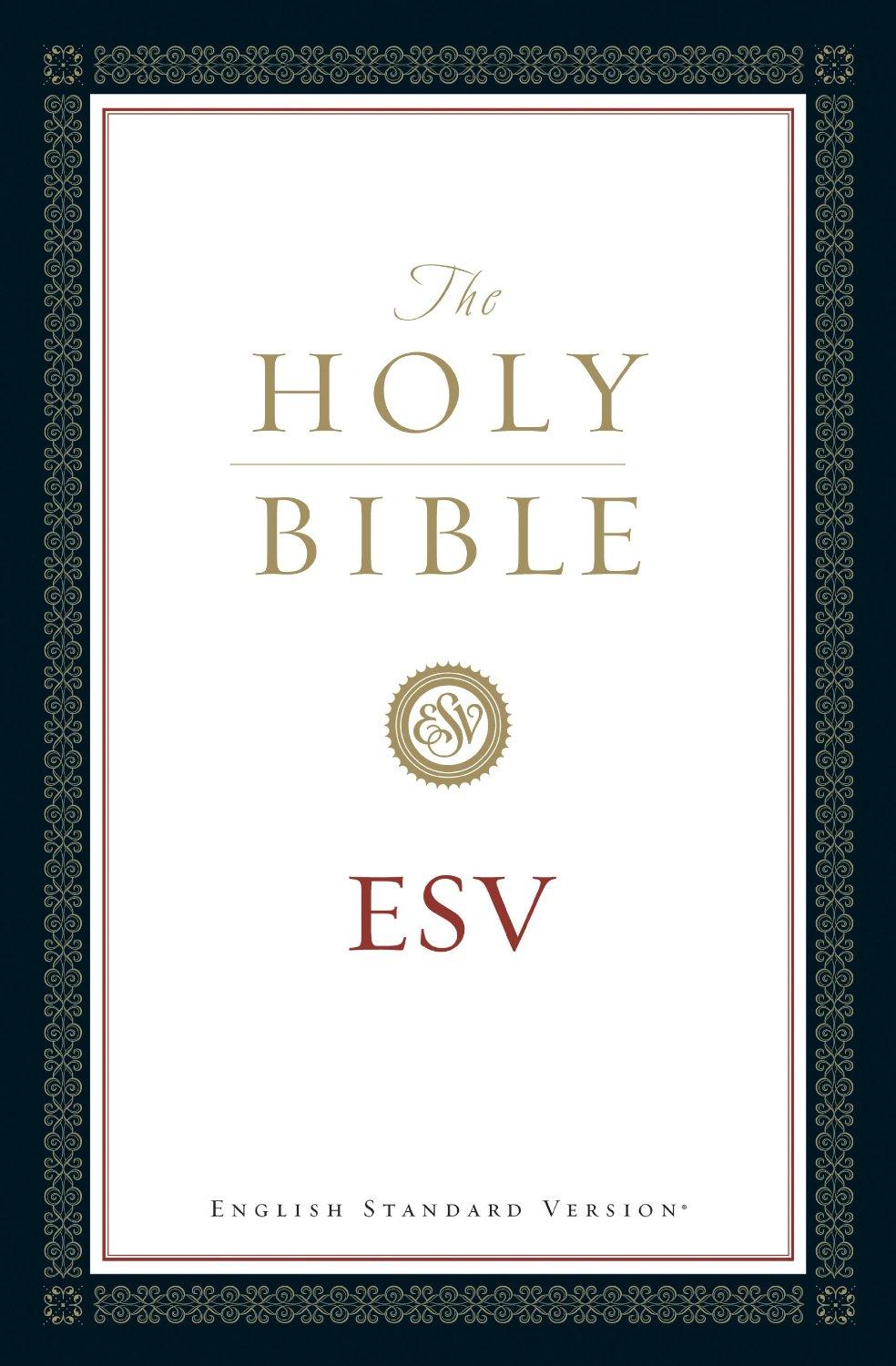 The recent decision to make a permanent edition of the ESV has lit up the blogosphere in the past few weeks. The controversy surrounds both the language of their decision and the nature of their final few text changes, including Genesis 3:16 (discussed below). Crossway, who publishes the ESV, stated in their August 3rd press release that with the recent 52 changes made to the ESV they were ‘establishing the Permanent Text of the ESV Bible, unchanged forever, in perpetuity.’[1] They likened the finality of their 2016 edition to the finalised 1769 version of the KJV (though the standard American text of the KJV was produced in 1856).[2]

On Wednesday, however, Crossway reversed its decision to fix the ESV, leaving open the window for revision. The most controversial translation change in the now non-Permanent 2016 ESV edition is Gen 3:16b, which reads as follows:

To the woman he said,

“I will surely multiply your pain in childbearing;
in pain you shall bring forth children.
Your desire shall be contrary to your husband,
but he shall rule over you.”

A footnote after ‘shall be contrary to’ gives the alternative, ‘Or shall be toward.’ The original of 3:16b read thus:

“Your desire shall be for your husband,
and he shall rule over you.”

In a personal email exchange, the ESV’s senior OT editor C. John Collins pointed out that the 2016 revision simply switches the footnote and main text of the 2011 ESV edition, which included ‘shall be contrary to’ as an alternative.[3] Collins had worked on the 2011 translation, in which he affirmed that ‘traditional’ rendering of Gen 3:16 in line with his 2006 publication Genesis 1-4: A Linguistic, Literary, and Theological Commentary.[4] In his 2006 book, he argued for the traditional translation: “Your desire shall be for your husband, and he shall rule over you.” When I questioned the validity of the 2016 ESV revision on the basis of the concerns outlined below, Collins stated that he welcomed my comments and intends to give full consideration to my arguments. I appreciate his openness.

My purpose here is not to conjecture about the reasons or motivations for the ESV’s revision, but instead, to set out a few reasons why I find the translation problematic, and to suggest an alternative. I hope that with the recent reversal of its decision to cement the ESV, the ESV committee will also consider reversing their translation.

Problems with the ESV Gen 3:16

There are several stylistic, grammatical, and literary problems with this translation.

Typically, the Hebrew preposition ’el means ‘to’ or ‘toward.’ All the major Hebrew lexicons agree on this.[5] The adversative sense of the Hebrew preposition ’el does occur in some instances. However, even in those instances, the direction of action is still to or toward. So, for instance, ‘Cain rose up ’el Abel’ (Gen 4:8). Cain’s action of rising up is obviously toward Abel, but the translation ‘against’ makes sense because of the hostile nature of his movement toward his brother.[6] In other words, the preposition ’el in Gen 4:8 does not determine the contrariness of Cain’s action. Instead, it’s his hostile action that permits the translation ‘against’ for the sake of clarity in translation. Brown, Driver, Briggs (the standard biblical Hebrew lexicon) is clear about this, listing ‘against’ as a possibility only in cases where ‘the motion or direction implied appears from the context to be of a hostile character.’[7]

In short, the Hebrew preposition ’el needs a clear contextual clue to render it hostile, but it always designates ‘movement toward a person or thing.’[8] Grammatically, the Hebrew ’el functions as an attractional  preposition, expressing ‘motion toward.’[9]

“And if you do not do well, sin is crouching at the door. Its desire is contrary to you, but you must rule over it.”

“Your desire shall be contrary to your husband, but he shall rule over you.”

Obviously, these texts resonate with each other, but how? Should Gen 4:7 play a determinative role for interpreting (and translating!) Gen 3:16? If it should, one could argue that the woman, like sin, possesses a desire to harm her husband: ‘Her desire is against him,’ taking the adversative sense. Like Cain, the husband must ‘rule over,’ or better, ‘master’ (Heb. mašal) the woman. In this reading, the woman’s ‘desire’ (tešūqâ) is deliberately antagonistic to—and even harmful to—her husband, but it is the woman herself, like sin, that becomes the object of the husband’s mastery. The expectation that ‘he shall rule over you’ becomes a solution to a sinful threat, and not a statement of sin’s awful consequences. Because of the woman’s antagonism, the man will (necessarily) dominate. Rather than a malfunction from ‘the fall,’ male dominance becomes an urgent necessity.

However, this interpretation runs into serious problems. It assumes that the literary resonance between the text implies equivalence (desire = bad in both texts). Yet surely the man is not to ‘rule’ (Heb. mašal) the woman like Cain is supposed to ‘rule’ (Heb. mašal) sin? That would imply her destruction, removal, and obliteration.[10]

Thus, one cannot say that because Genesis 3:16 and 4:7 resonate, desire must be bad in each text, unless one is also willing to argue for another equivalency wherein (a.) the woman is the one in whom sin resides, and therefore (b.) the man’s response ought to be uncompromising rule or domination.

Instead, there are important similarities and differences between the context of 3:16 and 4:7. Notice that only 4:7 includes a divine word that one ought to ‘master’: ‘If you do well, will you not be accepted?’ By contrast, Gen 3:16 simply states what will happen in the future, not what should happen. What if the point of 4:7 is that humans were supposed to master sin, and not women? The post-Cain/Abel story tells the brutal consequences of mastering women. For instance:

Lamech said to his wives:
“Adah and Zillah, hear my voice;
you wives of Lamech, listen to what I say:
I have killed a man for wounding me,
a young man for striking me.
If Cain’s revenge is sevenfold,
then Lamech’s is seventy-sevenfold.” (Gen 4:23-24)

Then later, the polygamous domination of human women even affected the divine sphere:

When man began to multiply on the face of the land and daughters were born to them, the sons of God saw that the daughters of man were attractive. And they took as their wives any they chose. (Gen 6:1-2)

In short, a better translation will not foreclose on the text’s own ambiguity. The phrase ‘your desire will be for him’ could be read in various ways. Preservation of the text’s own openness accords with the ESV’s own translation philosophy, which, ‘seeks to carry over every possible nuance of meaning in the original words of Scripture into our own language.’[11] If they revert back to their earlier translation ‘your desire shall be for’ (yet see below for a better option!), they would allow the potentially positive and negative nuances of the word ‘desire’ to remain.

But before settling on an interpretation of the verse, it’s important to address one more translation issue. What does tešūqâ (usually translated ‘desire’) even mean in Hebrew?

A Better Translation of 3:16b?

It is probably just an accident of history that the ESV made a permanent and significant change to Genesis 3:16 right around the time that Andrew Macintosh, one of the world’s leading scholars of biblical Hebrew, published an article proposing a new translation for a key term (Heb. tešūqâ) in the same verse.[12] Macintosh’s article is the most comprehensive and up-to-date academic treatment of this term to date, and deserves attention.

His argument proceeds (in typically dense-but-rich philological fashion) along the following lines:

Macintosh’s insistence that the term refers to ‘single-minded devotion’ is convincing, and clearly lies behind the earliest translations. His careful philological analysis raises a further problem for the ESV rendering of Gen 3:16b. If tešūqâ means ‘single-minded devotion,’ as Macintosh maintains, then what is the object of her single-mindedness? Is she single-mindedly devoted to not being devoted, or to not being subordinate? Or is it more insidious, that she devotes herself entirely to opposing or harming her husband? Both are unlikely in context, and as suggested above, cannot be inferred by appeal to Genesis 4:7.

The problem for the ESV of Gen 3:16b is that ‘single-minded devotion’ is not hostile on its own, and so ’el cannot perform that contrary function. On the contrary (!), tešūqâ is decidedly loyal. A more appropriate translation of Gen 3:16b would be the following:

‘Your devotion will be toward your husband;
Yet he will rule over you.’

The Woman’s ‘Devotion’ to her Husband

This leaves one remaining interpretive question, which, by the way, should be distinguished from a translation question. Is the woman’s ‘devotion’ a bad thing? One could suggest that the woman’s devotion to her husband turns her from God. However, nothing in the context suggests that her devotion was to be one or the other—toward God or her mate. If anything, Genesis 2 indicates that the man and woman were oriented toward each other. When God brings the woman to the man, he exclaims:

The man’s first recorded speech celebrates the similarity and unity between him and the woman. She does indeed correspond to him (cf. 2:18, 20). Her bones, her flesh, and her name show that the man and woman belong together. Similarly, Gen 2:25 uses a reflexive form of the verb bwš (‘to be ashamed’) to suggest their orientation toward each other: ‘They were naked and not ashamed before one another.’ Song 7:10 emphasizes the mutual belonging of the man and the woman as something worthy of celebration, and in this instance, the man’s ‘devotion’ (tešūqâ) was toward his wife (and set in a garden).

The consequences of sin for Eve, as Macintosh points out, are ‘defined against [this] background of [the] radical complementarity of the sexes in creation: precisely where woman’s joyful fulfilment in life is found … here now is the burden of pain, and of subordination.’[18] Just as her childbearing is a ‘good’ now tainted by pain (3:16a), so too her ‘devotion’ is a good now tainted by domination (3:16b). In my opinion, the only ‘contrariness’ in Gen 3:16b exists in the husband toward his wife.

But as for the ESV, my primary hope is that they will opt for a translation that is stylistically sensible, grammatically intelligible, and just as ambiguous as the Hebrew itself.

[2] Gordon Campbell, Bible, 152. And let’s not forget the 1867 Mormon KJV version. As for the permanence of the ESV, it’s worth noting that the Gideons adopted the ESV in 2013, yet with their own revisions.

[3] I emailed Wayne Grudem (also an editor for the ESV translation, and senior editor of the 2008 ESV Study Bible), but was told by his assistant that all ‘requests for info about ESV are being handled by Crossway Books in Wheaton.’

[4] C. John Collins, Genesis 1–4: A linguistic, literary, and theological commentary (Phillipsburg, NJ: P & R Publishing, 2006), 159-160. In his email exchange with me, Collins stated that his translation and interpretation values, in no particular order, were as follows:

(2) Recognition that there is a literary and rhetorical skill needed to make sense of the text, that goes beyond the meanings of the words

(3) The actual words, so long as they are justifiable, and so long as there is a footnote alternative, do not change much of what he would do. He worked with the older edition, and stated that he can do the same with the new one because of his orientation toward poetics.

[10] I suppose interpreters could soften the sense of the man’s ‘rule’: He’s only to ‘tame’ the unruly desires in his wife. But this breaks the basis for rendering her ‘desire’ in a negative light, namely, the equivalence between 3:16 and 4:7.

[18] Macintosh, 368. Macintosh limits the woman’s prior ‘fulfilment’ to motherhood and children, though we should also extend this to marriage and work on the basis of Gen 2.