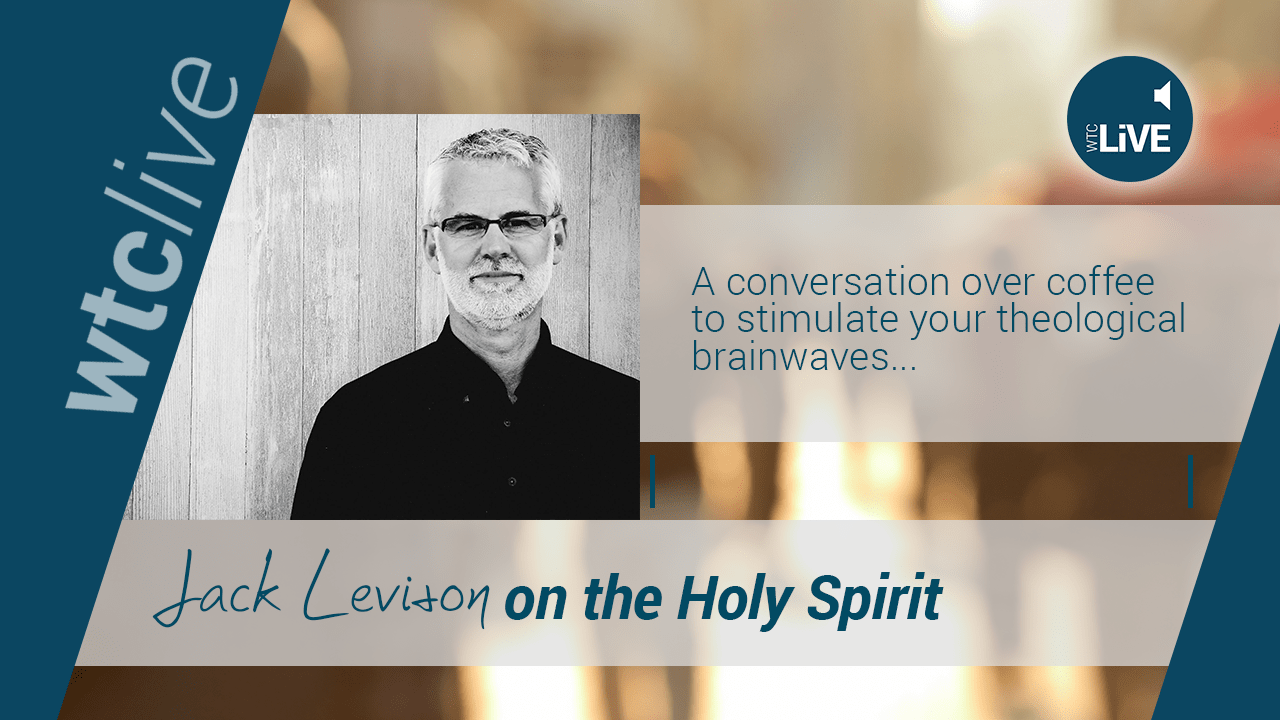 In this WTCLive episode, hosted by Dr. Matt Lynch, Dr. Lucy Peppiatt, and Nick Crawley in a coffee shop in Bristol Old Testament scholar Jack Levison discusses his own journey in discovering more about the Bible and the Holy Spirit.

Jack holds the W. J. A. Power Chair of Old Testament Interpretation and Biblical Hebrew at Perkins School of Theology, Southern Methodist University. Raised in a small tract house in Levittown, New York, Jack left to attend Wheaton College, where his Greek professor regaled him with stories of Cambridge University. At Christ’s College, Cambridge, Jack received the Fitzpatrick Prize for theology and was awarded a College Scholarship. When he returned from England to pursue doctoral studies at Duke University, Jack fell in love with a divinity student, Priscilla Pope, alongside of whom he now works at SMU.

Jack is an internationally recognized scholar, whose books have received wide acclaim. Scot McKnight, author of The Jesus Creed, characterized Filled with the Spirit as “the benchmark and starting point for all future studies of the Spirit.” Walter Brueggemann hailed it as “inspired.” Eugene Peterson called Fresh Air: the Holy Spirit for an Inspired Life “a rare and remarkable achievement.” Phyllis Tickle calls him “a brilliant and spirited theologian,” and N. T. Wright notes that Jack’s “account of the holy spirit–and what the spirit can do for whole churches, not just individuals!–is mature, seasoned, challenging, and wise.”

Jack has received many fellowships and grants from the National Humanities Center, the Lilly Fellows Program, the Louisville Institute, the Alexander von Humboldt Foundation, the Rotary Foundation, the International Catacomb Society, and the National Endowment for the Humanities. He recently directed, with Jörg Frey, an interdisciplinary, international research project on The Historical Roots of the Holy Spirit and is founding editor of a scholarly book series, Ekstasis: Religious Experience from Antiquity to the Middle Ages.

Jack’s books and teaching have a global reach. He has lectured around the States, as well as in Belgium, Canada, England, Germany, and Scotland. He has been an Honorary Visiting Lecturer at the University of St. Andrews, Scotland, and a Von Humboldt Fellow at Ludwig Maximilians Universität in Munich, Germany. Several of his books have been translated into Spanish, Korean, and German.