The Student Ministry Graduate Diploma is:

Giving you the opportunity to:

This course is validated by the University of Chester.

More about the Student Ministry GradDip

This two year part-time course offers foundational modules in Biblical studies, Church history, spirituality, and Christian beliefs. Students then build on these foundations with modules in student mission, church and student culture, catalysing spiritual formation, mature student ministry, and professional formation. This Graduate Diploma is designed for men and women involved in student ministry through the local church. The Student Ministry Grad Dip is for graduates (in subjects other than theology) and also acts as an entry qualification for the MA in Kingdom Theology.

Developed and delivered in collaboration with:

Rich is the Fusion Movement Leader and has been involved with student ministry for over 20 years. Inspired by the great student-led revivals of the past, Rich has a vision to see all students discipled, equipped and released as prophetic, missional, world-changing firebrands. He supports Man-City, is a serious BBQer and lives in Loughborough with his wife Ness and two daughters.

Pippa is the Programme Director for the Grad Dip in Kingdom Theology & Student Ministry. She has worked for Fusion since 2010 and is Fusion’s Ministry Training Leader, overseeing Fusion’s training and support for student workers and their teams. She is passionate about seeing people grow in confidence and maturity in their student ministry calling and practice. She loves musical theatre and good food and lives in York with her husband Al.

PARTNERING WITH THE CHURCH TO EQUIP AND SEND THE WHOLE PEOPLE OF GOD.

We all know when it comes to clothes one size or style does not fit all, and yet we so often think that one way of doing ministry will! Students from different generations, backgrounds and disciplines see the world in different ways. The cities and churches they study and worship in are all different too. That means we need to develop student ministry that fits our context. This module will help you understand how student ministry fits within the local church, evaluate the opportunities and needs of your context, and develop a vision for ministry in that.

The module introduces students to the critical study of the Old Testament through an examination of selected key primary texts from Torah, the Prophets and Historical books. Students are introduced to the study of the OT as a collection of texts whose meaning depends on an understanding of their relationship to the historical contexts of both the wider ancient Near Eastern religious, cultural and political environment, and to developing Israelite religion. Particular attention is paid to the insights of literary criticism, and to the methodological questions raised by the relationship between literary historical approaches to the texts. The key primary texts, and the larger canonical corpus of which they are a part, are also studied as witnesses to the theological character of Israelite faith and consideration is given to the ways OT texts might provide resources for Christian discipleship, ministry and mission ­ in the Church and in the world ­ in the 21st Century.

This module introduces students to the historical, theological and literary content of the New Testament. It will focus especially on the challenges of reading various and distinctive styles and themes across New Testament genres and authors. Attention is paid to the practices and beliefs of Christianity in the context of Second Temple Judaism and the first century Church. Selected texts provide case studies that illustrate the historically conditioned character of early Christianity. There is a consideration of both the exegetical value and the critical challenges that an historical examination of the New Testament produces. Particular attention is paid to questions of Christology, eschatology, soteriology, Jesus’ Spirituality, the ‘Kingdom of God’, the meaning of Jesus’ death and the relationship between these themes and the shape of Christian discipleship and ministry.

This module gives students the opportunity to delve into the fascinating questions around the person and work of Jesus Christ. Who do people think Jesus is? What does it mean for God to have become man and dwelt among us? What are the implications of the Incarnation for the church and the world? In this module we focus on the biblical and early church portraits of Jesus, questions around how one person can be the God-man, and the debates around orthodox views of Christ with a particular focus on the development of ideas around the identity of Jesus in the first few hundred years of the church.

This module builds on the foundations of TH6944 (On the Incarnation) as we go deeper into questions of the identity of Jesus and what it means to be ‘saved.’ We study some of the developments through history in thinking about Jesus, as well as the biblical perspective on the incarnation, salvation, atonement, and the second coming. Students have the chance to think through what all of this means for modern day discipleship, life, and engagement with the world in mission.

This module outlines the essential professional principles and practices needed for developing a good student ministry. The objective is to give students a foundational understanding of these elements and their importance, and to help students practically implement them in their own ministry.

This module outlines the importance of, and approaches to student mission, as well as the essential spiritual formation principles that are key to effective mission among students. All of the teaching in this module includes and is founded upon theological and ministerial ideas and principles.

Reflect upon the call to develop excellence for church planters and what that looks like in practice. This module will equip you to strengthen your ministry practice through diligence and confidence in communication, public speaking, self-awareness, team and people-management, and conflict resolution while helping you consider these things from a biblical perspective.

*WTC reserves the right to change modules as appropriate.

During 2020-21, in addition to the residential and Hub delivery, there will be an extra two days of teaching on 26th and 27th October 2020 in London. Students will be given further details at their first residential in September 2020.

As part of the application process, applicants will have up to two interviews: an initial interview with the Programme Director which will help the applicant understand the programme’s aims and outcomes, and to check that the programme is a good fit for their ministerial needs. If necessary, a second interview will take place with the Academic Dean to determine the applicant’s ability to successfully complete the programme.

Consideration is given to some applicants who are not graduates of a Bachelor’s programme but who have significant experience in church planting and leadership, who would benefit from this programme. In these cases, applications would be interviewed by both the Programme Director, and the Academic Dean to establish their ability to successfully complete the programme.

The cost of this course is £3,500 per year, which includes a £350 non-refundable deposit to confirm your place after receiving an offer.

Our partners Stewardship may be able to help you to raise your financial support and claim Gift Aid on donations from UK tax payers. You can use this support to pay for your course fees, training resources and general living expenses. We have seen many individuals come out of college debt free, and hundreds of bible college students have benefitted from using this facility. Find out more here.

Find a Hub near you:

No results found in this location. Please try again.

WTC Theology
"We had a great time attending @exponentialeu last week as we heard from amazing leaders from all over Europe. We heard stories and testimonies of how Jesus is growing His Church exponentially around Europe. We also had exciting conversations around Church planting models which could ultimately lead to Church growth and more people being reached with the Gospel of Jesus.

As WTC we are honoured and privileged to develop our Church Planting and Leadership Graduate Diploma in light of all we have gleaned from the Exponential guys. We are one Church under one Lord, Jesus Christ, and if we keep Him at the centre of all we do we are bound to see His Church flourish.

Comment below and tell us what you feel is the best way to grow a Church?"

WTC Theology
***A Message from our Principal***
"We're excited to launch a new look for WTC with this fantastic new website and new logo to go with it! The last eight years have been full of both fun and challenging times as we have grown and established WTC as a fully interdenominational college. Now seems a good time to embrace the new. Despite the uncertainty of many aspects of life up ahead, we're looking forward to new opportunities as we grow our student body, add to our existing Hubs, and develop our courses. Do have a look around at who we are and what we offer. Enjoy!" Lucy Peppiatt, PhD 😊 https://wtctheology.org.uk/

WTC Theology
[RELAUNCH of Theological Miscellany Blog!]
We are pleased to bring to you the new-look WTC Blog, TheoMisc, which was originally launched in 2016, but has now been joined to our main website. We have plenty of blog posts from the archives, plus will be bringing you new content regularly, to keep those theological brainwaves active! Have a *fresh* look here: https://wtctheology.org.uk/theomisc/

"We had a great time attending @exponentialeu last week as we heard from amazing leaders from all over Europe. We heard stories and testimonies of how Jesus is growing His Church exponentially around Europe." - Josh Green, CPL Programme Director
View on Twitter
0
1

"The last eight years have been full of both fun and challenging times as we have grown and established WTC as a fully interdenominational college. Now seems a good time to embrace the new." @lucepeppiatt on our new-look website: https://t.co/VuYO0fF6ud https://t.co/2aO4WaGJZ5
View on Twitter 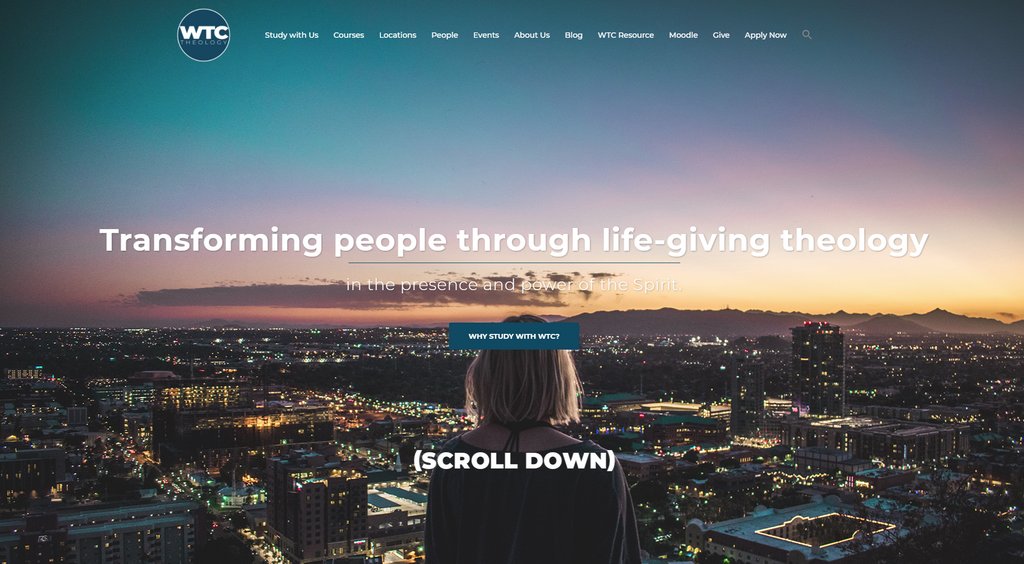 [From @lucepeppiatt]
"We're excited to launch a new look for WTC with this fantastic new website and new logo to go with it! Despite the uncertainty of many aspects of life, we're looking forward to new opportunities. Do have a look around and enjoy!" https://t.co/VuYO0fF6ud https://t.co/2kw9f48RjS
View on Twitter

[RELAUNCH of Theological Miscellany Blog!]
We are pleased to bring to you the new-look WTC Blog, TheoMisc, which was originally launched in 2016, but has now been joined to our main website. So do come and have a *fresh* look here: https://t.co/0tUSsgOuiZ https://t.co/TfXdyMpwRn
View on Twitter 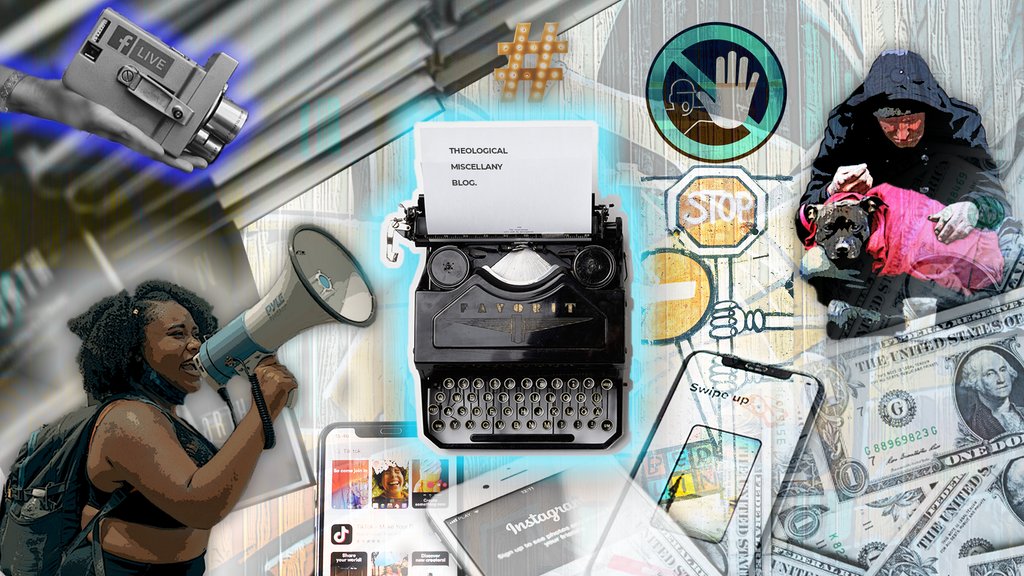 2
8
We use cookies to ensure that we give you the best experience on our website. If you continue to use this site we will assume that you are happy with it.Accept