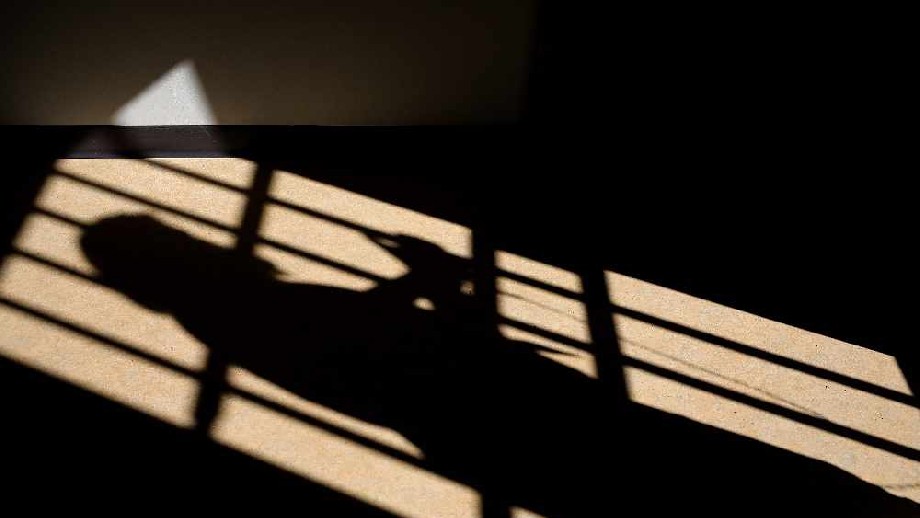 Ever since I was a child, I’ve known something of the power of praise. Praise was a default after my dad walked out, albeit after 24 hours once the initial shock had passed. It seemed something of a rebellious act—my own small act of rebellion in the face of disaster and grief. And it has seemed like this at multiple times since, when all appeared to be lost. Whether close to bankruptcy (a fair few times), or dealing with the onset of a chronic health condition in my 30s (which threatened to lead to confinement to a wheelchair), facing the seemingly impossible has been a regular occurrence in my life, as I’m sure it probably has been in yours too.

When Paul and Silas found themselves in prison in Acts 16:25, facing the injustice and humiliation of a Roman flogging and having their feet restrained in stocks, their response was to praise God. I can’t imagine that this was praise born out of thanksgiving for the situation in which they found themselves. A Roman flogging was not like a tame rap on the knuckles. It was a brutal act; their backs were likely torn and bleeding. They would have been in terrible pain and discomfort. Nonetheless, they continued to believe that God was exactly who he said he was, and they praised him as a result. As they did so, something powerful was released. There was an earthquake and the prison doors flew open! Freedom manifested itself.

In the West, our challenges are normally less extreme, but nonetheless they are real. But now, the unparalleled and testing times we find ourselves in globally as a result of the coronavirus are stretching many of us to our limits, and for many, are extreme. The grief of the loss of loved ones, the feelings of loss of control, the sudden loss of income for so many, and uncertainty about the future presses in on every side. It is so easy at times like this to feel blind-sided by our circumstances and to be overcome by fear or anxiety. Equally, it is easy to question where is God in all of this. Where are you God when I can’t seem to see you or feel you? And indeed, who are you, God? Can I trust that you are good, that your mercy is new every morning?

NT Wright wrote an insightful piece recently (you can read it here), which despite its clickbait title, helpfully encourages us to join God in lamenting the tragedies which overwhelm us. As my friend and OT scholar Matt Lynch has already identified, the charismatic church doesn’t really know how to lament if the lyrics of the top one hundred songs in contemporary Christian music are anything to go by.[1] Now would be as good a time as any other for us to focus on developing this. However, what our tradition is much better at is eschatological hope. Consider some of the songs of the moment: Raise a Hallelujah, Way Maker, God of Revival, Good Grace to name but a few.[2] Much of our sung congregational worship is of this ilk. Perhaps we could even say that this trend in contemporary Christian music has led us to build a somewhat lopsided tradition which knows how to do declaration and hope, but knows less how to do reverence or lament.

In times such as these, this lopsidedness poses challenges and demands that we become more thoughtful and nuanced in what we are singing and why. Sometimes it is very challenging to sing songs of hope when hope is in danger of being drowned out by fear and death. Is it even appropriate to sing songs like this when people are dying, businesses are failing, many of the self-employed have lost their incomes overnight, and victims of domestic violence are in lockdown with their abusers and more at risk than ever? Isn’t this type of worship triumphalistic and naive?

I would like to suggest that just as Paul and Silas raised their voices to sing while they were in prison, we could do the same whatever our ‘prison’ is. It is at times like this in particular that we need to hold onto our hope more than ever. Do we really believe and trust that God is who he says he is and that he will accomplish all he has promised? This is not inappropriate triumphalism. We may not see the realisation of his promises in our own lives this side of eternity, but we pray in the promises for the world nonetheless. That is where our faith is truly tested and stretched. Just as Israel questioned where YHWH had gone in their time of exile, we may well wonder where God is, but let’s not be mistaken in believing that God has abandoned us. Now is the time for us to put our hope squarely in the right place. It is not about being naive. People are dying and will continue to, whether from Covid-19 or of something else, despite our best efforts (rightly so) to prevent it. However, one day I will die, and one day you will die! The essence of our faith is trusting that death does not have the final word.

However, praise as a form of defiance is not just about declarations of hope. It is also about resisting the powers. Twentieth-century theologian, William Stringfellow, brilliantly articulates the reality of the principalities and powers as aligned with either the power of death or the power of life.[3] He observed that war is a symptom of death, and not the other way around, i.e. death is not a symptom of war. This same logic applies to Covid-19. This virus is a symptom of the power of death powerfully at work in our world. Death is not a result of the coronavirus. The coronavirus is the result of death. As such, our resistance as Christians is against the manifestation of death in all its forms, rooted in the hope we have that death has been swallowed up in the victory of Christ on the cross.

Thus praise is our defiance in the face of death. Praise is our small act of rebellion in the face of fear, loss, grief and isolation. Except it is not a small act, it’s a powerful one. The power of the resurrection life of Jesus cannot be contained. The tomb couldn’t contain him; nothing since has contained him. Whatever state the church has been in—whether limping or running, colluding or serving, complicit or cooperating, defeated or empowered by the Spirit—the resurrection power of Jesus has broken through. My faith and yours are a testament to this.

So today, tomorrow and for as long as my body has breath in it, my praise will continue to be my powerful act of rebellion and defiance—rebellion against the power of death, and against the power of fear. I encourage you to try it! Even when it’s a sacrifice, even when I’m grief-stricken, even when I feel weak and out of control, I will declare with every fibre of my being that Jesus has overcome the power of sin and death. While taking faltering steps towards a better co-expression of joy, pain, reverence and hope, my cry is ‘Come Lord Jesus, come.’ In my life, in the lives of those in my household, in the life of the church, in the life of my neighbours, in the life of all in my city and nation, in the nations. Come on, Church! I believe this. We believe this. Now is the time to raise our corporate voice, our corporate and powerful act of rebellion against the power and fear of death.

[3] William Stringfellow, An Ethic For Christians and Other Aliens in a Strange Land (Wipf and Stock Publishers, 2004).