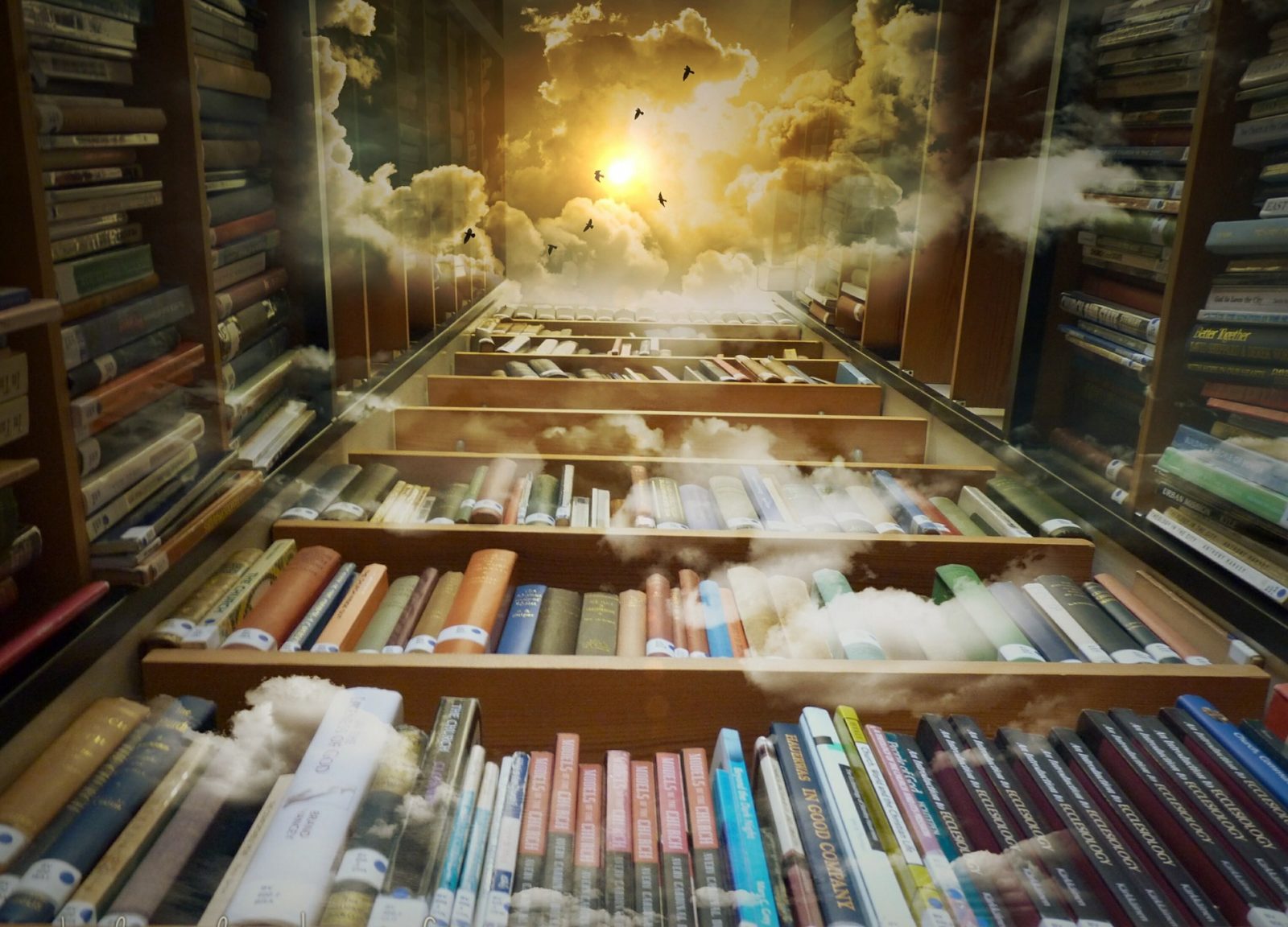 Coming out of Complementarianism.

I recently received a letter from a woman explaining to me how she had been on a journey out of complementarianism, what that had meant for her, her relationship with God, the women around her, and her marriage. It’s a long letter, telling me of a reality that I’ve never experienced, but one that she articulates honestly and powerfully. I asked if she would mind if I put it out on our blog as I felt that it would speak to many. I’ve reproduced it here just as it was sent to me, with her permission. I also asked her if she could add something about the marriages she had mentioned in the letter as I wondered what effect the women’s actions had had on their husbands. So she added a post-script included at the end.

I just wanted to reach out to thank you for your work. In many ways, reading your latest book felt like a final step in a long journey toward freedom. I’ve been pondering this topic for years now, but I finally began digging deeper this past year. Interestingly, I grew up in a church that affirms female leadership in all roles, and never gave the topic much thought. I also attended North Park University for one year and had the pleasure of taking Dr. Scot Mcknight’s “Intro to the Bible” course. However, for my final years of college I transferred to Minnesota and became deeply involved in a campus ministry connected with the church John Piper was pastoring at the time.

There are many wonderful things that came out of my involvement with this group and this church. I learned the habits of daily study of the word, accountability, friendship, and I met my husband there too. Complementarian theology, of course, is a central doctrine of this church. It had always rubbed me the wrong way, but I had never studied the biblical basis for it in depth. I soon learned that there was apparently only one honest interpretation of the key texts that inform the complementarian doctrine. The texts were clear and chafing against them (particularly as a woman) was the chief of sins. And so I began the work of weeding out my sinful desire to be on equal footing with men.

This work was tiresome, and for years I continually struggled with what I believed the Bible said about women. Nearly all of the teachings on womanhood felt infantilizing and narrow. I cringed when I heard the definition of helper as “a suitable and loyal assistant.” But if this was the inerrant Word of God, then surely I was in sin. So I spent many days journaling, praying, confessing this sin to my husband, to my discipleship group, and ultimately questioning God. I would read my ESV and cry because I couldn’t understand why women were left out. It felt like a sick joke that God would curse women in a way that made their very desires subversive to the men who would dominate them. Eventually, I stopped reading the Bible with my husband. Looking back, I think I just couldn’t figure out how to spiritually fellowship with him both as his equal and his subordinate. He often treated me like a pupil, causing me to feel angry and disempowered, to the point where I would freeze up and disengage completely. He was utterly confused and I was unable to express what was going on in my mind. And yet, throughout this time, the message I kept hearing was that this was a necessary journey toward sanctification and joyful obedience.

We began attending a new church plant and life became so busy with school and children that I found a way to ignore the dissonance. That is, until about a year ago. Having just finished my M.A., I found myself with much more leisure reading time. I started from the beginning. I read Genesis. I read tons of Piper and Grudem, and the history of complementarianism. I read my own pastor’s words, the CBMW and their links and resources. I started analyzing the reactionary nature of so much of the content. I became increasingly disillusioned as I encountered deep inconsistencies and illogicalities. As I read, I compiled a google doc of confusing and contradictory information and shared it with my sister and some close friends.

Ultimately, what led me to your work was reading Scot Mcknight’s blog while researching 1 Corinthians. Earlier that week, one of our pastors had explained to the congregation that women were allowed to sing on the worship team because they offered a female voice for the women to follow. He used my name as an example of a female voice that served to “glorify” the masculine voice (of the leader). I found this deeply distressing for obvious reasons. When I explained this in an email later that week, I received an explanation that he was simply drawing from 1 Corinthians, “woman is the glory of man.” I was unsatisfied with this response and decided to do my own studying. That is when your work became an illuminating gift from God.

Around that same time, my sister and I started writing and sharing some thoughts online. After we put a few posts out there, some women in our community and churches started sending us DMs and hesitantly approaching us after church services. When we realized that our concerns were shared by these women, we began hosting monthly gatherings at my home. Our desire was simply to offer a space to freely share concerns, discuss theology, pray for our churches and take action in various ways.

The issues that accompany complementarian theology run deep. Even as we sought to address what we saw as injustice, we first had to address outside claims of divisiveness and subversion. Feminists or feminist sympathizers don’t get a seat at the table. It is, in many ways, a closed system. And while our work has borne some fruit in our churches, I think the most fruit has come in the form of deeper relationships with one another and our spouses. This group became a safe haven of healing, support and empowerment for women in our community. It’s been a space of honest wrestling, free of rebuke and condemnation. We’ve taken action individually and collectively to raise these concerns and work toward greater unity in the church. We prayed alongside one another as we considered whether we could stay at our churches. We engaged with our spouses about these issues, most of whom have become vocal advocates on our behalf. At this point, about half of our group members have joined other churches and half feel called to stay for now. We continue to meet on a monthly basis, mainly for prayer.

I don’t share all of this to pat myself on the back. In fact, I wish this type of group was just “the norm.” I share this to demonstrate that the practical and spiritual implications of complementarianism do not actually sit well with many complementarian women. The irony is that most are never given a space to say that out loud. Our group was labeled by some as “divisive and exclusive.” Our husbands jokingly called it a “mutiny.” One of our pastors even used the phrase “women whispering in the shadows” from the pulpit that very likely had us in mind. And all of these things only served to confirm what I had come to identify as the Genesis 3:16 mess. We would never be given the benefit of the doubt. As women, we were cursed to be usurpers, desirous of power and status. And without the oversight of male authority, we would inevitably crash and burn. We were dangerous. Yet because I knew that these claims couldn’t be further from the truth, it became clear that God’s word was being twisted and wielded against us as a weapon; a weapon that kept us in our place, convincing us that our sincere questions came from power-hungry hearts. This wasn’t God’s will for flourishing. It just wasn’t.

As I reflect on the past year, I’m reminded how far God has brought me. But in many ways, it has been a long, confusing, and painful journey toward liberation.  Even now as I’m writing this sentence, there remains a doubt in the back of my mind: Am I on an honest, truth-seeking journey? Are the inconsistencies real? Or is this all something I want to believe because it sounds better to my unsubmissive ears? Truly, this is the damage that has been done. Many believers struggle with discernment from time to time, but the effects that complementarian theology have on women are uniquely difficult to disentangle. I’m asking the Lord to restore my ability to hear his voice because I think I’ve been taught to recognize it as the rising up of my sinful nature.

For now, I take comfort in reflecting upon the way that God lifts up the voices of women throughout Scripture–voices that would have otherwise been silenced. Sometimes that is just enough for me to step out of fear and walk into freedom.

So I offer immense gratitude for your work, ministry and faithfulness. Thank you for taking the time to read my (longer than anticipated) message. It was quite therapeutic to type it out.

I could write a whole separate letter about the effects of complementarian theology on my marriage and our process towards spiritual health and mutuality. I briefly mentioned some of the challenges and frustrations my husband and I experienced in trying to live out what we understood to be our “roles”, however, I want to share a little more about what our process has looked like, as well as what some of my friends have learned in their marriages.

My husband and I have come to realize that in many ways, at our healthiest, we already function as mutualists. Even our decision to attend a new church came after months of talking, praying and waiting for God to unite us in one direction. Conflict arises, most often, when we force ourselves into the roles we’ve been taught to play. He feels the crushing weight of total responsibility and I feel stripped of my agency.

Another woman shared with me that she and her husband have found new freedom and health in their marriage by stepping outside the rigid confines of marriage roles. Having felt a shared call into ministry, she waited years for him to cast the vision and initiate the process. However, this “submissive” waiting, was actually putting a weight on her husband that wasn’t his alone to bear. God has equipped her to take an active and at times leading role in pursuing their calling. Her husband affirms and appreciates her leadership, and they are a team.

One other couple in our group has found healing and affirmation after leaving the staff of a college ministry, largely due to painful and unhealthy gender dynamics and teachings. While she had been advocating for women on staff for several years, they were able to find like minded brothers and sisters through our group. He is a student at a complementarian seminary, where he recently began focusing his research on the biblical theology of women.

While these stories are hopeful and God has protected our marriages, this process has been costly. Some of us have left churches, lost close friendships, and felt the very foundation of our faith shaken. Yet, there is no other path forward. This isn’t just a cause we’ve decided to take up. I really believe this is a fight for faithfulness to Christ.