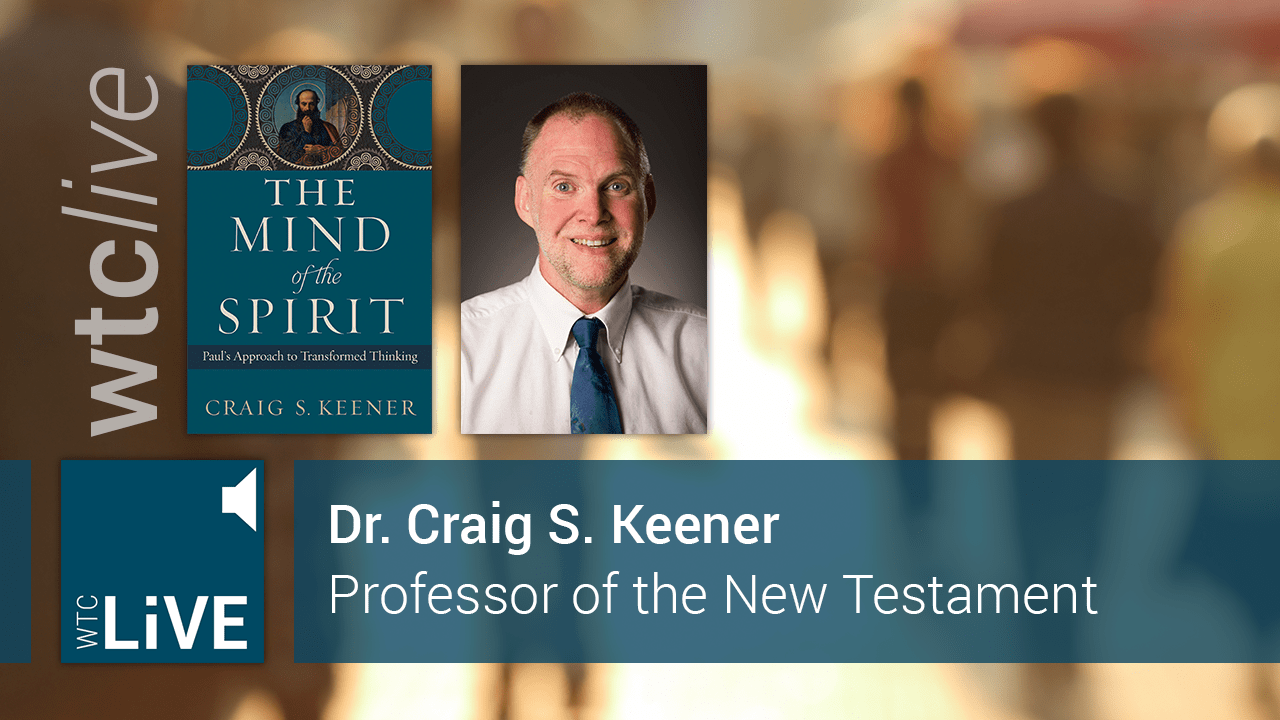 In this WTCLive episode, hosted by Dr. Lucy Peppiatt, New Testament scholar Craig Keener discusses his recent book The Mind of the Spirit: Paul’s Approach to Transformed Thinking (Baker Publishing Group, 2016) in which he looks at how the Holy Spirit functions from Paul’s perspective in the New Testament. Keener also discusses how the Holy Spirit has impacted his own life in a very personal way.

Dr. Craig S. Keener (PhD, Duke University) is a professor of the New Testament at Asbury Theological Seminary. He is especially known for his work as a New Testament scholar on Bible background (commentaries on the New Testament in its early Jewish and Greco-Roman settings). His popular-level IVP Bible Background Commentary: New Testament (now available in a number of languages) has sold over half a million copies.

Craig has authored 18 books, four of which have won awards in Christianity Today. His recent books include Miracles: The Credibility of the New Testament Accounts (Baker Academic, 2011); The Historical Jesus of the Gospels (Eerdmans, 2009); The Gospel of Matthew: A Socio-Rhetorical Commentary (Eerdmans, 2009); Romans (Cascade, 2009); 1-2 Corinthians (Cambridge, 2005); The Gospel of John: A Commentary (Hendrickson/Baker Academic, 2003).