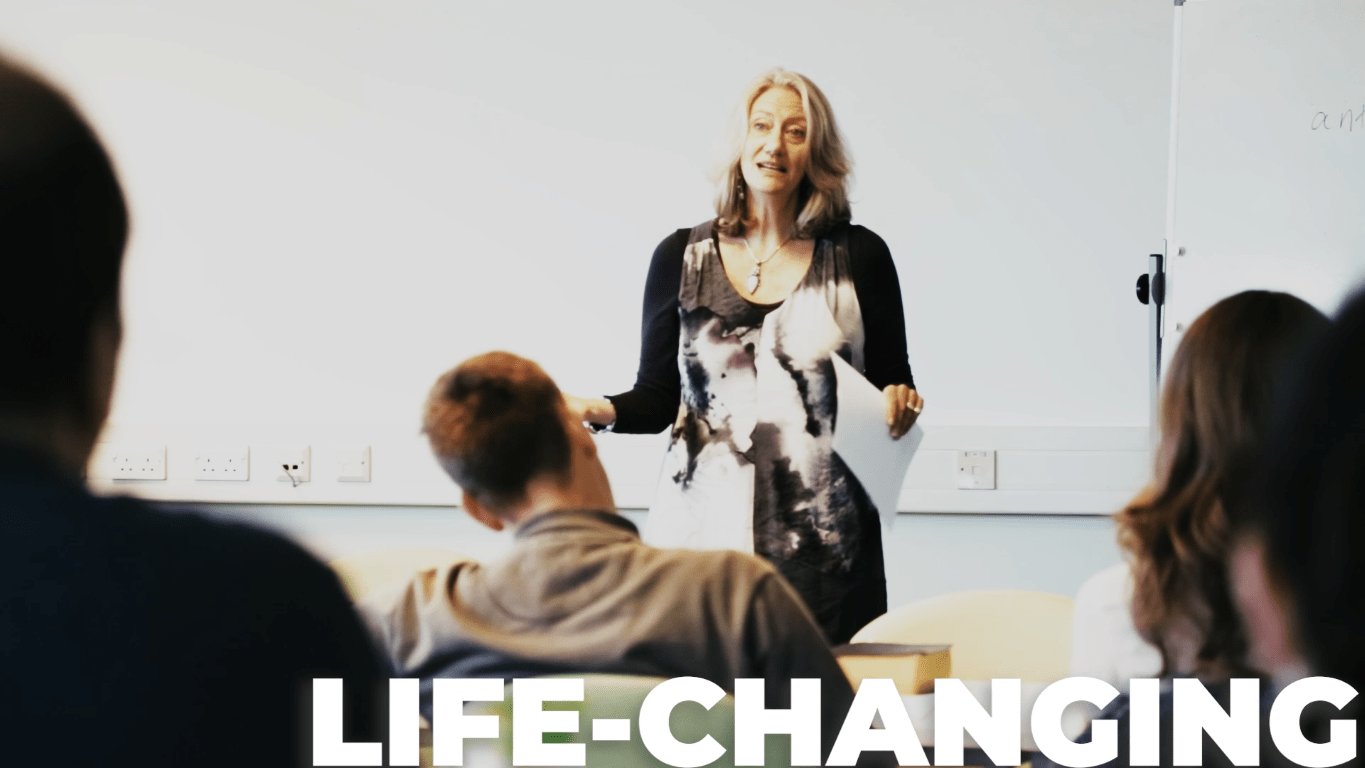 In the spring of 2013, I met Darren Yarwood. I’d just given a talk at a Kingdom Theology Event that Darren had attended. He came straight up to me afterwards and told me a bit of his story—many years of addiction, recently become a Christian, wanted to turn his life around. He had loved the talk.

Then he said, ‘I don’t have any qualifications, but I think I’m supposed to come and be a student at your college.’ I looked at him and said, ‘Yes, I think you probably are…’

We began to talk about how we could make it work for him to become a student. There was no doubt in my mind about his intelligence, but he had no money, no computer, had never written an essay, and had 20 years of serious drug addiction behind him. I don’t know why exactly, but in the face of all this, I felt very confident we could make it work. Wonderfully, his church leader, whom he was also lodging with, backed him completely. Anthony Delaney and Ivy Church got behind him and offered to pay his first year’s student fees. In addition to this, our then Hub Director, Pete Edwards, who also knew Darren, pledged to support him. We all rallied round and decided we would do what we could to help him succeed as a student. I felt excited for him on a number of different levels. I was sure he’d love theology, but I also knew that he’d have the reward of gaining a qualification from the University of Chester through WTC. I imagined at the time he would complete a CertHE over two years. It turned out I underestimated his grit—six years later, he left with a BA Honours degree in Kingdom Theology.

It wasn’t all plain sailing. I’ll never forget after the second day of our first Residential, Pete came up to me and told me Darren was really struggling with student life and thinking of leaving. I found him at lunch and sat with him. He was white as a sheet. He talked and I listened, and needless to say, we held him in, but I realized how much courage he had needed to take up his place with us to study.

Over the years that Darren was studying with us he got married, bought his first house, and took and passed NVQ levels 2 and 3 in plumbing. His tutor approached him about applying for a job as a college tutor, and Darren now lectures full time in plumbing. He is also currently studying for a PGCE.

Meeting Darren that day in 2013, and watching him blossom and flourish while he was a student with us, convinced me that WTC should work to become a place that welcomed people who had been disadvantaged in one way or another by their circumstances. For a number of years, WTC had actively welcomed those over 25 with no qualifications on to the level 4 courses, so I knew we were a good place for the underconfident and those who never thought they could cope with university level education. But two things happened in relation to Darren that galvanized me into action.

First, it was seeing my brilliant team and faculty encourage, support, and nurture Darren in particular that made me think we should work at enabling others to study. Everyone, including the other students, was so good at making those who thought they shouldn’t be there, feel at home, valued, and capable. Secondly, after his first year, he had decided to go for the whole BA! We all wanted to help but weren’t sure how to do it. Anthony and I chatted about what we could do, and I told Anthony I’d try and look for some money.

The very first person I approached offered to fund the next five years of his degree, and so there he was, sorted! I was astonished. I began to think, if we can do this for Darren, we could do this for others.

When I left university after my first degree in English, I was fed up with academics. I’d heard so much talk about justice issues and politics but was tired of just talking. More than anything, I wanted to do something practical to help the disadvantaged in society. I went to work with the homeless at The Passage Day Centre in London where I stayed for three years. My experiences there changed me and, in many ways, have always stayed with me. You really do see how easy it is for anyone to lose everything given just the wrong circumstances. It was terrible watching men and women live in the states they did and to feel so powerless to help. Most of what we did was to give them as much warmth and dignity as possible and whatever we could to help them find a way into the broken housing system. At least we were doing something even if it never felt enough.

I found it hard, later in my life, not to be doing more directly for the poor. I ended up going back to academia to study theology this time. I was sure I was doing the right thing, but I have to admit, I’d often wonder what good it was to be working away getting one theology degree after another when I could have been doing something far more practical and other-centred.

When I met Darren, I realized we could do something through WTC—through academia! We could give people something of real value in multiple ways. First, I knew that my team would do everything they could to help someone achieve and to do their very best. I had seen them do that over and over again, so no one would be set up to fail. Secondly, we could also provide a learning community which we have in our Hubs, prayer support, and the opportunity to gain a qualification. We could build up their confidence in enabling them to develop their skills of writing, presenting, and articulating their ideas. And all the while, they would be learning a subject that would give them a greater sense of who they were in God which brings deep inner healing. In short, we could be part of their journey towards restoration.

After that, I made a decision to start a bursary fund for ex-addicts and ex-offenders. Obviously, most people in that situation have missed out on education in one way or another. My mother had recently taken up prison chaplaincy—in her 70s!—and was delighted with my idea. We joined forces and sent out letters for bursaries and the money came in. From there, it’s grown and we’ve had a number of grants given to the fund as well, but I still like to involve individuals as well as applying to trusts.

Over the years, we have supported over 16 students through various programmes. Some have completed one or two-year Certificates and others have completed BA’s. Only one person dropped out after the first Residential. The rest all stayed in one way or another. That’s a very high retention rate!

I decided to call the fund the Principal’s Bursary Fund. I chose that title because whether I’m here at WTC or not, I want the management of this fund to be owned and led by the Principal. I don’t want it to be something they delegate or leave to others or ignore. I wanted it to be woven into the fabric of WTC and part of our vision and values for as long as we teach theology. I can’t tell you how joyful it makes me to see these men and women join our student body. Obviously, nobody knows they are the PBF beneficiaries unless they choose to tell people, but I know, and I love watching them have a whole new world opened up to them.

Naturally, I also love asking people to contribute to the PBF. If you’ve read this, and something has touched you, please consider making a donation to our fund. All the money goes towards fees and learning support of ex-offenders and ex-addicts, and towards them leaving WTC with so many more opportunities ahead of them than when they arrived.

Please watch the video below (or follow the link)…

Lucy has been Principal at WTC since 2013. She teaches courses in Christian doctrine and in spiritual formation. She holds bachelor’s degrees in both English and Theology. She completed her MA in Systematic Theology at King’s College, London, and her PhD through the University of Otago, Dunedin, New Zealand. Lucy’s research interests are Christ and the Spirit, Charismatic theology, theological anthropology, discipleship, 1 Corinthians, and women in the Bible. Lucy is part of Crossnet Anglican Church in Bristol, which is led by her husband, Nick Crawley. They have four sons and four daughters-in-law.

Find out more about her here.