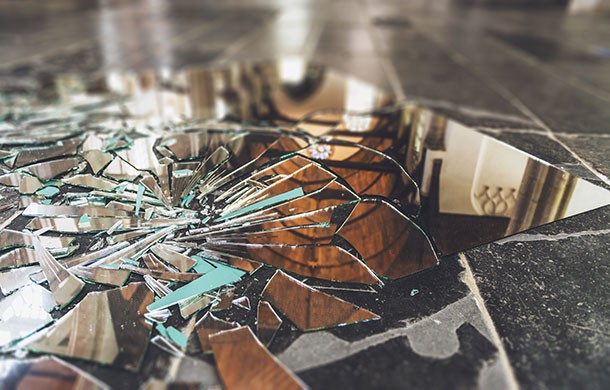 A little reflection on (self) deception.

I wrote this reflection on (self) deception a few weeks ago now and today, with sadness, it seems even more relevant. I haven’t mentioned names, just because I don’t want to and anyway, sometimes I feel there are too many people to name specifically. These are just some thoughts arising out of my study of 1 Corinthians.

I don’t know much about the process of deception in general. I do know it’s easy to be deceived. I don’t recall ever feeling that any serious distrust I had of something or someone was misplaced. In other words, when I’ve been properly cautious or worried, something has eventually emerged to warrant my distrust. I do recall, however, the occasions when I discovered my trust was misplaced. I look back and reflect that there are times that I’ve been ‘taken in’ by something or someone and I very much regret it.

We—my friends, colleagues, and family—have been talking about deception recently. How does it happen? What happens when it becomes woven into a community, or a church, or a family? How do we identify it? How do we answer it? We’ve talked about false prophecy and conspiracy theories, fear, power, and manipulation. I don’t particularly feel we came up with any answers, certainly not any quick fixes! We are all agreed that good biblical and theological education, truthfulness, prayer, and critical thinking need to play a part.

As we were talking about deception and the Christian community, I was also reading through 1 Corinthians (again!). This time, 1 Cor 3:18-23 caught my eye in a new way.

“Do not deceive yourselves.” Or perhaps, “Let no one deceive themselves.”

I’m not sure I’d focused much on the reflexive element in this injunction before. Oh, I thought, so in this particular instance, Paul is addressing a case of self-deception. In other words, whereas I know there are many types of deception and I don’t think they all function in the same way at all, in this case, Paul is addressing a specific type of deception that had gripped the church where the people in the church are complicit and where it is shoring up their power and influence in some way.

What exactly was the problem? I’ve often heard people drawing parallels with the Corinthian problem and our own penchant for ‘celebrity’ in the West. But I don’t think that’s the heart of the issue here in quite the same way. I don’t doubt that celebrity culture has infected the Western church, but I don’t think it’s a direct parallel with Corinth because I think there is more at play than what we mean by celebrity culture.

The type of deception that Paul is addressing here seems to centre around a misplaced trust in leaders that has its own shape and features which come out clearly in the letter. It includes factionalism and boasting, pride, arrogance, a desire for status and honour and a belief that my leader’s better than yours.

It seems as though their behaviour is probably rooted in insecurity, certainly immaturity as Paul notes. They were looking for belonging—belonging to a particular leader who would give them the status they wanted and more sinisterly, here it involves the exclusion and the oppression of the poor and women. Or perhaps this kind of self-deception always involves that? This involved viewing their human leader as a route to worldly honour, status, and power. That’s why I think it goes deeper than just the celebrity culture.

It’s unclear exactly what they thought they were doing in squabbling about their human leaders, but I wonder, given Paul’s focus on wisdom and foolishness, and strength and weakness, whether it has something to do with a dissatisfaction or even a shame in relation to the way God works.

Might what was going on in Corinth have something to do with frustrations at the way God works in the world and might this be where the parallel with our time lies? Perhaps human leaders here were deemed to be able to deliver what the Jesus-followers believed was their rightful inheritance as the ‘spiritual’ ones, but what God was taking his time in delivering, or worse, would never deliver in the way they wanted.

For those who hunger for displays of power and status for all the world to see, the way of the cross is not powerful enough, or influential enough, or overt enough, or quick enough. It doesn’t guarantee us a demonstration of power that will validate our trust and faith in God before the rest of the world. In fact, it’s the opposite—a shaming, emasculating message. For Paul, following Jesus meant that he lost everything he’d held dear in terms of status. But as he goes on to remind the Corinthians it was much worse than that. It meant being hungry, thirsty, beaten, homeless, utterly dishonoured, becoming the scum of the earth.

Quite frankly, this is not a promising route to fulfilling God’s purposes and has little to recommend it. But it appears that this is the wisdom of the cross, because when we look at Christ crucified, this is the revelation we’ve been given of the way that God works.

What is the wisdom of the cross in this context in relation to a misplaced trust in human leaders? Paul’s view of leaders is that they can build and plant, but only God gives the growth. It is not up to you or me to make something happen. We are servants, guardians, cooperating with one another, passing through. The foundation is Jesus Christ and him crucified. So only the things that are built on the truth and grace of Christ will last. Apparently, there is no worldly show of strength or power in the work that is founded on the cross of Christ. Those who think there is are deceiving themselves.

Paul does talk about power, but only in relation to the cross and the wisdom it reveals which is in sharp contrast to the wisdom of the world. There is a power and a wisdom in the cross, there is power in the gospel for salvation, there is power in the kingdom of God, and there is the power of the Spirit active in our lives. But this power at work is a great leveller and a great unifier. This power lifts up the downtrodden and the oppressed. It brings down the rich and the mighty. It humbles the powers of the world and elevates those who have no status or recognition or earthly power. It looks like love, compassion, humility, and forgiveness. It isn’t proud, or arrogant, or boastful. In sum, it doesn’t seek to fulfil God’s purposes for the church and the world through earthly powers and earthly might.

I have absolutely no doubt that there are dangerous, wicked, and manipulative people in this world who are skilled in the art of deception and can dupe anyone in the right circumstances. But I don’t think this is what Paul is addressing here. In the case we see through the letter of 1 Corinthians, the leaders may or may not be deliberately deceptive. The fact that Paul and Apollos are mentioned means some weren’t. True, others might have been exploiting and enjoying the power trip. They probably were. Whatever the dynamic, in this case, the deceived participate in the deception because the earthly leaders are fulfilling their idolatrous longings. They were putting their trust in leaders who validated them, gave them a sense of power, something to boast in, and a sense of belonging that put them above others. It seems that when we are involved in this kind of deception, it means that we can’t, in all honesty, claim, ‘we were fooled.’

Lucy has been Principal at WTC since 2013. She teaches courses in Christian doctrine and in spiritual formation. She holds bachelor’s degrees in both English and Theology. She completed her MA in Systematic Theology at King’s College, London, and her PhD through the University of Otago, Dunedin, New Zealand. Lucy’s research interests are Christ and the Spirit, Charismatic theology, theological anthropology, discipleship, 1 Corinthians, and women in the Bible. Lucy is part of Crossnet Anglican Church in Bristol, which is led by her husband, Nick Crawley. They have four sons and four daughters-in-law.

Find out more about her here.