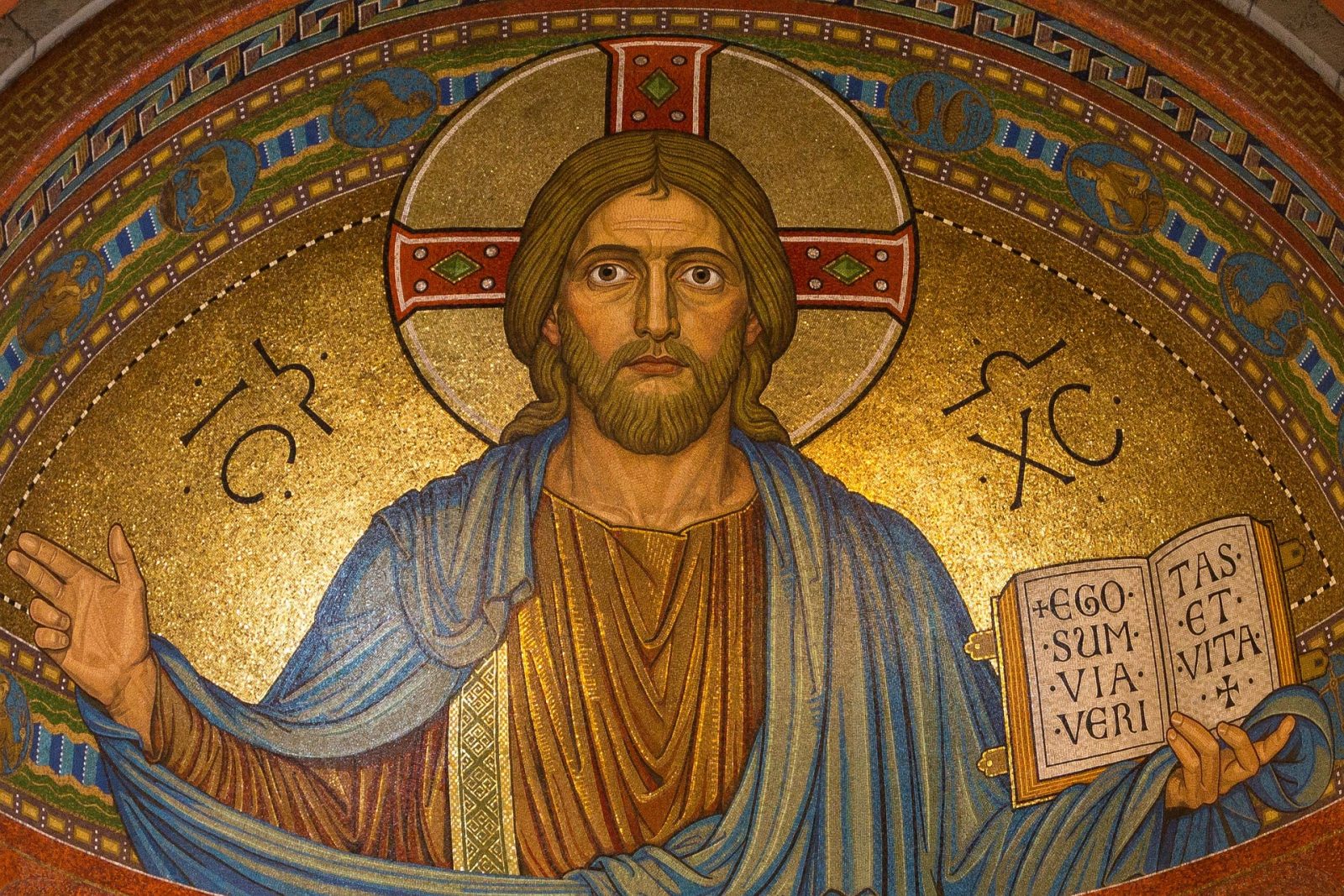 In this post, I’ll explain a bit more about how Maximus saw the two wills functioning in the one person of Christ.

Some of the problems with this idea could be:

You’re probably realizing that the fine line we’re trying to tread is a way of expressing that Jesus really did live a fully human existence while at the same time being God.

If he was God, then it makes no sense to imply that he wouldn’t have done what God would have done all the time, without even thinking about it so to speak!

On the other hand, we have this biblical testimony that we saw in the last post about the Son learning obedience, doing what the Father sends him to do, submitting to the will of the Father, and finally, seemingly wracked with pain and suffering in the garden of Gethsemane in the throes of bringing his ‘will’ into line with the Father’s.

If we accept, with Maximus, that this biblical testimony is best explained by two wills, how did they work together?

Jesus has a ‘natural’ will.

Maximus posits that Jesus only had a ‘natural’ human willing – a will that was oriented towards God, a will that was predisposed to conform to the will of the Father. Remember, gnome or the gnomic will is only a way of willing, not a type of will. According to Maximus, human beings sin because they deliberate and choose and then choose wrongly. The most ‘natural’ way of being human for Maximus was not to have endless choices and freedom to do the wrong thing, or to sin, but to be free to choose to follow God’s will. Hence, Jesus didn’t need to have a gnomic will to be fully human.

So in one sense, Jesus never ‘chose’ wrongly because he was freely and willingly obedient as the incarnate Son. He took on a human will, inhabited a human existence, and lived the first full and free life putting into practice everything that the Father willed.

Maximus explained Jesus’ torture in the garden not as tension or possible disobedience, but as a sign of the power of the natural will that wants, above all, to live, but instead submitted to death for our sakes. In this sense, he submits his natural will to something counter-intuitive for our sakes – the greatest sacrifice.

Here’s the difference between our worldview and Maximus’s worldview. We intuit that if someone, let’s say God, has some power over us to make us do what we want, then we are not free. Losing our freedom of choice means that we’ve lost everything – we’re puppets.

Maximus believed having our wills formed by God’s will was the ultimate in human freedom. He believed that Jesus’ human will was ‘deified’ by being in union with the divine, but that rather than annulling the function of the will, we could understand this as the perfection of human existence. If we were going to try and describe it we could say Jesus wills both divinely and humanly at once, in harmony, and that this is the ultimate goal for a human being.

The point is that to conform our wills to God’s is not to kill off the essence of our being, but precisely the opposite – to bring it to life. We live in a world where to be self-determining is the ultimate goal – that is freedom. Maximus believed in a world where to be self-determining will be what will kill us off in the end. The gnomic will, given its free reign, would destroy us. Jesus didn’t need to assume a gnomic will, simply a human will. As Ivor Davidson puts it, the story of Jesus’ two wills tells us that ‘He heals the human wills of those whose natural willing is bedevilled by the frustrations of gnome.’[1]

So why the commitment unto death?

There are two strands of thought here in relation to the two wills that I want to bring out, and the first is the inextricable link between the story of the two wills and the gospel.

Jesus the God-man and the Only Saviour

Maximus answered in his trial, ‘our Lord and God by nature both wills and works our salvation according to each of the natures from which he is, in which he is, as well as which he is.’

The first strand is the work of salvation that Maximus believed could only have been brought about by the fully human and fully divine person, Jesus. He achieves salvation for us by living the obedient life we couldn’t live, dying a death on our behalf, and triumphing over that death in the resurrection. The obedience of the human will is the key to this story of salvation. Paul describes the power and the effectiveness of the obedient life and death of Christ in contrast to Adam. One sows death, the other life.

Salvation is given to humanity through the Son who works both in his human and his divine nature. This goes back to the idea of Jesus as the Mediator, able to save because he is God, and able to save us because he is man. Everything that we are has been taken up into God, through the incarnation, healed, saved, and redeemed. The will of God found a corresponding ‘yes’ in the will of man, perfected and perfecting in the person of Christ.

This is what could not be compromised, according to Maximus. If Jesus only has one divine will, we lose our connection with our Saviour and he loses his connection with us. The two wills of Christ demonstrates the depth of love that God has for us, that he should become truly one with us. It proves that what has been assumed has been healed. But importantly, in a mysterious way that we can’t understand, it is the means by which this salvation occurs.

So for Maximus, this was the heart of the gospel.

In 680/81, less than 20 years after Maximus died, the Third Council of Constantinople condemned monoenergism and monothelitism as heretical and defined Jesus Christ has having two energies and two wills.

The spin-offs from this story are vast in terms of what it means for us. What Maximus clings on to at all costs is also a way of understanding that Jesus lived this life in the manner that we ourselves live it in order to bring about this redemption. In the next post I’ll explain how the two wills of Christ and the role of the Spirit in his earthly life act as a pattern for our own lives.