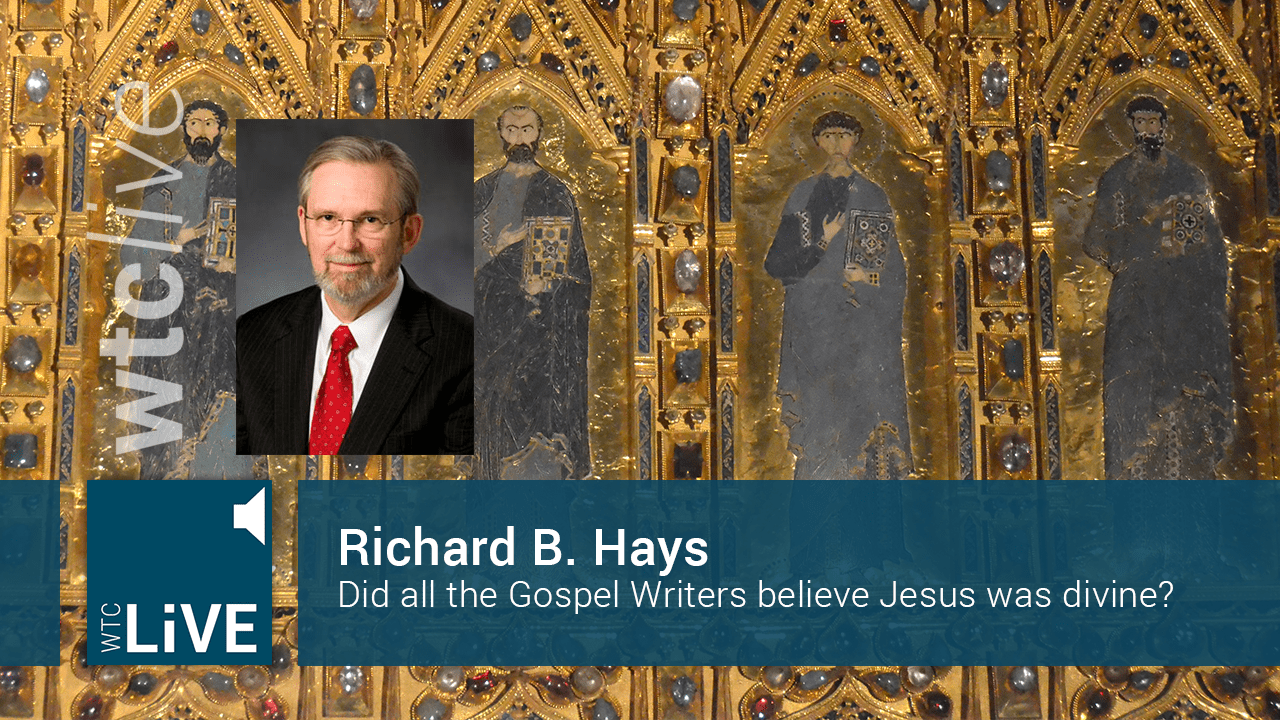 Did all the Gospel writers believe that Jesus is divine? What do we gain by viewing the Gospels’ portraits of Jesus against the backdrop of the Old Testament? Join Richard Hays as he discusses these questions on Jesus divinity in the Gospels and his groundbreaking book Reading Backwards: Figural Christology and the Fourfold Gospel Witness (Baylor, 2014).

Twenty-five years ago Richard Hays launched a quiet but highly effective revolution on how Paul read Israel’s scripture. Now he turns his attention to the four gospels …. Hays opens new and striking vistas on texts we thought we knew—and, particularly, on the early church’s remarkable belief in Jesus as the embodiment of Israel’s God – N. T. Wright on Hays’ Reading Backwards.

Richard is Dean and the George Washington Ivey Professor of New Testament at Duke Divinity School and is internationally recognized for his work on the letters of Paul and on New Testament ethics. His scholarly work has bridged the disciplines of biblical criticism and literary studies, exploring the innovative ways in which early Christian writers interpreted Israel’s Scripture.

His book The Moral Vision of the New Testament: Community, Cross, New Creation was selected by Christianity Today as one of the 100 most important religious books of the twentieth century. His most recent books are The Art of Reading Scripture (2003, co-edited with Ellen Davis), The Conversion of the Imagination (2005), Seeking the Identity of Jesus: A Pilgrimage (2008, co-edited with Beverly Roberts Gaventa), and Revelation and the Politics of Apocalyptic Interpretation (2012, co-edited with Stefan Alkier).

He has lectured widely in North America, Europe, Israel, Australia, New Zealand, and Hong Kong. An ordained United Methodist minister, he has preached in settings ranging from rural Oklahoma churches to London’s Westminster Abbey. Professor Hays has chaired the Pauline Epistles Section of the Society of Biblical Literature, as well as the Seminar on New Testament Ethics in the Society for New Testament Studies, and has served on the editorial boards of several leading scholarly journals. Professor Hays received an honorary doctorate (Dr. theol. honoris causa) from the Johann Wolfgang Goethe University in Frankfurt, Germany, in 2009.