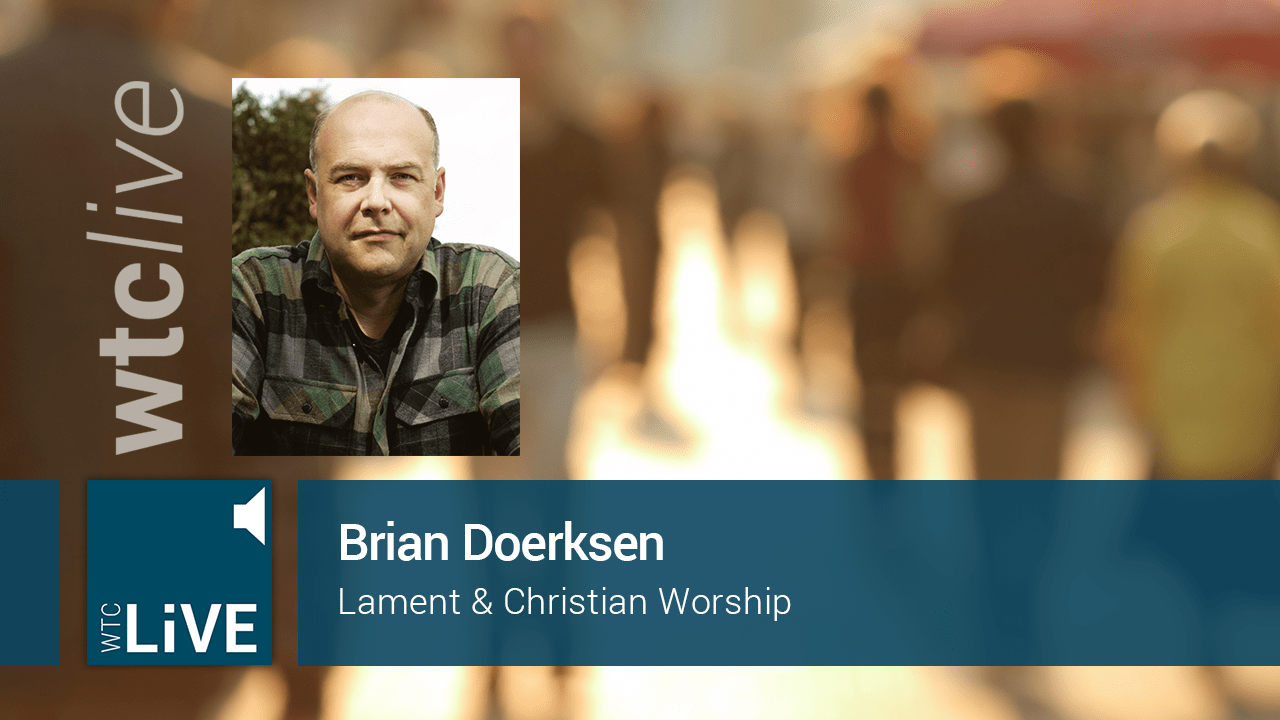 With: Brian Doerksen and Michael Gungor.

Recently, musician Michael Gungor Tweeted this: “Approximately 70% of the Psalms are laments. Approximately 0% of the top 150 CCLI songs (songs most sung in churches) are laments.” In this WTCLive event we reflect with singer songwriter and worship leader Brian Doerksen on lament and Christian worship. Why has lament fallen out of favour? What do we lose when we lose lament? We will consider these questions and yours during this live-streaming event.

Brian is a songwriter, recording artist, conference speaker and pastor. His songs known around the world in churches of all kinds include ‘Come, now is the time to worship’,  ‘Hope of the nations’,  ‘Faithful One’,  ‘Refiner’s Fire’, ‘Hallelujah (Your love is amazing)’, ‘Holy God’ & ‘The river’.

He has also completed a double album recording a musical (an 8 year writing process!) with Chrispher Greco (a playwright based in Boston) based on Luke 15 called ‘Prodigal God’. The musical take of two sons and one wastefully extravagant father.’ It’s the story of the prodical son and his father seen through the eyes of the elder brother. The musical features 23 new songs written or co-written by Brian.

Brian continues to make his church home at ‘The Bridge’ in Matsqui village in Abbotsford, which he helped plant in the spring of 2006. In September, Brian will begin directing a new ‘Music & Worship Arts’ programme at Prairie College in Alberta, Canada. He has also formed a new band called ‘The SHIYR Poets’ (pronounced ‘sheer’) with whom he is creating new settings for the ancient psalms (including laments!) and songs from the Dead Sea Scrolls.

Michael is lead singer-songwriter for the alt-folk collective Gungor. Imagine if a cello and a banjo had a baby, and then someone put a pedalboard and synthesizer in its crib. This is one way Gungor (rhymes with hunger) describes its musical sensibilities: alternative, folk, textured and experimental. The alt-folk collective- fronted by husband/wife team Michael  and Lisa- is now on a 60+ city headlining tour that travels across theaters and arenas in the US, New Zealand, Australia, Canada and Europe. Gungor’s music has received several Grammy  nominations, and their recent albums include Beautiful Things (2010), Ghosts Upon the Earth (2011), and I Am Mountain (2013).