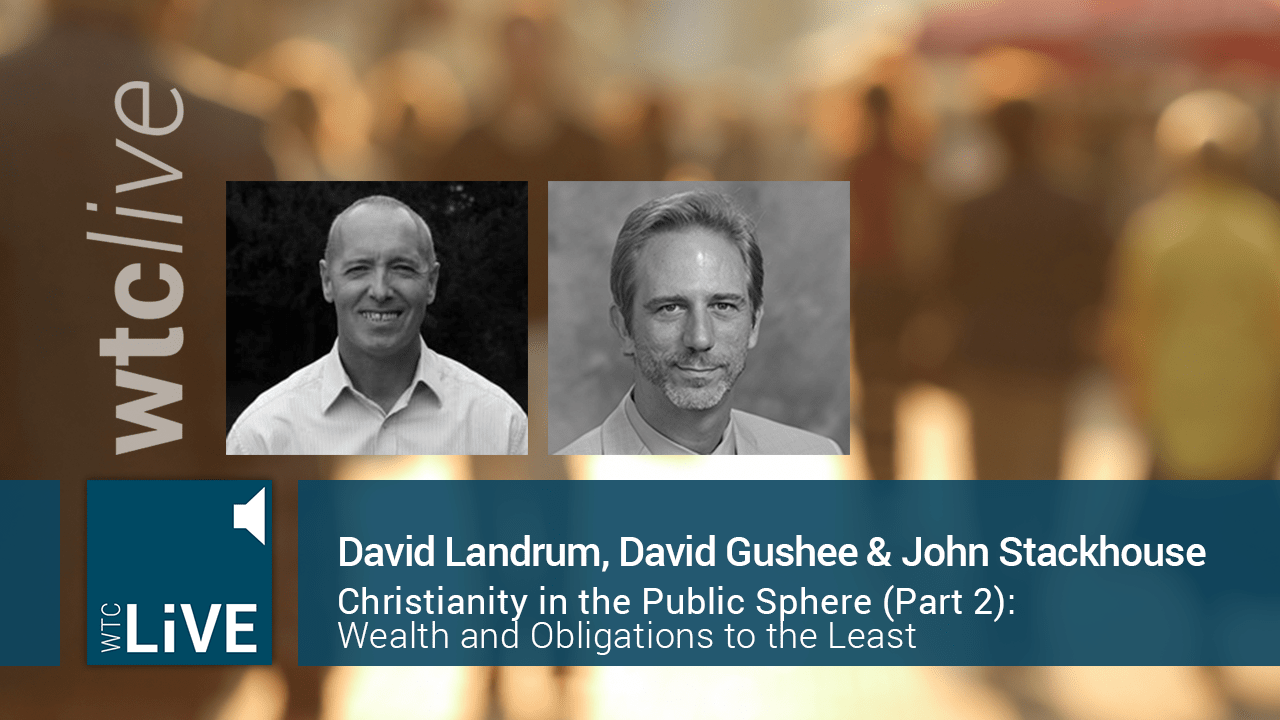 This is the second instalment in our series on ‘Public Christianity’ with Dave Landrum, David Gushee, and John Stackhouse (see the first here). This online WTCLive event revolves around the questions of Christian attitudes toward wealth and poverty by those in places of public influence. As Christians, how do we think through issues like immigration, welfare, poverty alleviation, wealth disparities, and more? In wrestling through this question, our goal is to help Christians find their voice in the public spaces they inhabit – a mum’s group, a business, a school board, city council, a church, and so on- but also to reflect on the kind of voice (and listening ear!) Christians should adopt in affluent (or not) society.

Dr. Dave Landrum has been director of advocacy at the Evangelical Alliance since June 2011, when he joined the Evangelical Alliance from his previous role as parliamentary officer for the Bible Society. Dave also serves on the board of directors of WTC. He has a first-class degree in contemporary politics and urban policy studies and a doctorate in politics and policy process in education. Well-respected in parliament, Dave’s passion is to see Christianity making an impact on society by being at the centre of political, cultural and economic life.

Dr. John Stackhouse serves as Sangwoo Youtong Chee Professor, Theology & Culture at Regent College, Vancouver. He has published more than 500 articles, book chapters, and reviews in the history, sociology, and philosophy of religion, in ethics, and in theology. He has authored seven books and co-authored, edited, or co-edited seven more, many of which address the place of Christianity and the public sphere.

Rev. Dr. David P. Gushee, a Christian ethicist, teacher, activist, and churchman, serves as Distinguished University Professor of Christian Ethics and Director of the Center for Theology and Public Life at Mercer University, Atlanta. His research interests focus on the ethical teachings of Jesus Christ and the Christian theological-ethical tradition, together with its contemporary implications for Christian discipleship and public witness. He has published sixteen books, with three more in development, and many hundreds of essays, book chapters, articles, reviews, and opinion pieces.