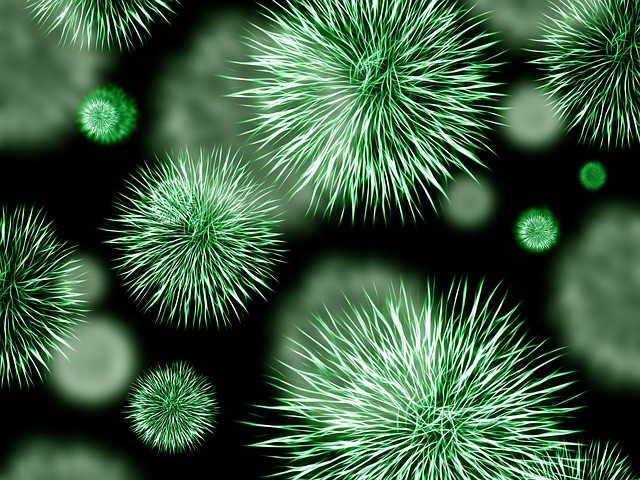 This is a guest post by Dr. Clayton Carlson, Associate Professor of Biology at Trinity Christian College in Illinois. He holds a Ph.D. from the University of Wisconsin in Madison, and has written numerous popular and academic articles on the subjects of epigenetic markings, microbial calvinism, the effects of BPA on plants, and much more. Find out about Clayton and his research HERE.

Every so often a scientific revelation opens our eyes to new possible meanings in God’s special revelation through scripture. In their new book, A Little Book for New Scientists, Josh Reeves and Steve Donaldson remind us of Psalm 96:10 which reads, ‘Say among the nations, “The LORD reigns.” The world is firmly established, it cannot be moved: he will judge the peoples with equity.’ Before modern science, readers of scripture mistakenly believed this passage meant that the Earth does not move. With our modern understanding we are able to move beyond an erroneous material interpretation of this passage and look for a deeper theological meaning regarding who founded the earth, to whom it belongs, and by whom it’s owned.

Recent findings from the study of the human microbiota (the complex community of bacteria, viruses, and other microbes that live on and within human beings) have a similar ability to deepen our understanding of our earthly component. When Genesis 2:7 tells us that, “the Lord God formed man from the dust of the ground, and breathed into his nostrils the breath of life; and the man became a living being,” we tend to focus on the second half of the verse, the breath of God. Yet the first part says we are made from the dust of the ground. We now know this is truer than the author perhaps meant. We have an earthly component to us that includes a vast number of microbes (bacteria, viruses, fungi, etc.). There may be as many as 39 trillion microbes living on and in us. That means we carry more microbial cells than we do human cells! These microbes cover nearly every surface of the human body that is exposed to the outside world (skin, mouth, sinus cavities, vagina, digestive tract, and so on).

Once we accept these microbes as a necessary part of the human body we begin to realize that each of us is a microbial community. We are each an ecosystem, or a series of interconnected ecosystems, each inhabited by a diverse population of microbes.

Our relationship to our microbes starts on the day we are born. With our first exposure to the world outside the womb we begin to develop a microbial population that will affect us for life. It was once thought that infants had weak immune systems because their immune defenses were underdeveloped early in life. We now recognize that the infant immune system is actively suppressed during this colonization phase to prevent a potentially harmful inflammation response against the new residents of the nasal cavities, throat, intestines, and skin. Mothers can help shape the formation of this community by nursing the newborn. Breast milk provides antibodies that not only help prevent disease, but can also clear from the child’s digestive tract any microbes that the mother’s body deems too dangerous or aggressive for the intestinal community.

How we live the rest of our lives impacts the residents of our various ecosystems. Our soaps, clothes, and environment impact on which microbes live on our skin. The microbes in our digestive system are those most able to live off of the leftovers from our diet. As our bodies harvest energy from our food, the microbes in our intestines use much of the remaining energy. We now know that any substantial, long-term change in diet can induce a substantial change in the population of microbes that live within us.

And what microbes live within us matters. Serious medical conditions like Crohn’s disease and psoriasis may be caused in part by a disrupted microbial community. In both conditions the affected area (intestines and skin, respectively) will have far fewer types of microbes present than are found in healthy individuals. But the ability of these microbes to affect our health go far beyond these direct effects. The microbes may influence everything from hunger, to depression, to autism. The ability of these microbes to affect our brain and behavior (called the gut-brain-microbiota axis) is an active area of research and at this point scientists have far more questions than answers.

We can draw several practical, scientific, and theological conclusions from what we already know about microbes. The practical: microbes aren’t invaders. We overuse antibiotics. If we begin see the bacteria that live on and in us as important relational partners, we’ll push for wise use of antibiotics.  The UK government recognizes that antibiotic resistant bacteria could cost up to $100 trillion by 2050 and the UN calls our use of antibiotics the “biggest global health threat.” Recognizing that we and our microbes have a mutual obligation to one another will help us change how we use important medicines that can needlessly destroy the microbes we count on.

The scientific: Microbiota research is a rapidly developing field that’s reshaping how we think of ourselves and our health. It’s likely to revolutionize everything from how we investigate crimes to the decisions we make with our doctors. But we’re early days, in a microbial sense. At this point we need to move forward cautiously and recognize that the results are important but the field is in its infancy.

The theological: According to Genesis 2, human beings are relational. We have a relationship with God, being both subject to, and in communion with, God. As God’s image bearers we are each called to serve as an angled mirror so that, as N.T. Wright says, “God can reflect His love, and care, and stewardship of the world through humans and so that that the rest of the world can praise the creator through humans.” We’re also in relationship with each other. Calvin reminds us that we are interdependent with each other, “for the obligation of both sexes is mutual.” We’re also in relationship with the Earth. Genesis 2:15 says, “The Lord God took the man and put him in the garden of Eden to till it and keep it.” In paragraph 67 of his encyclical Laudato Si’ Pope Francis says, “’Tilling’ refers to cultivating, ploughing or working, while ‘keeping’ means caring, protecting, overseeing and preserving. This implies a relationship of mutual responsibility between human beings and nature.” Human beings are relational creatures. Perhaps we have a responsibility to relate wisely to the microbes that call our bodies home.

Even with the little we’ve learned so far about the human microbiota, we can praise God for showing us another layer of the beauty of his creation. Thanks to microbial research we can better understand our earthly nature and our utter dependence on relationships, both those seen and those unseen.