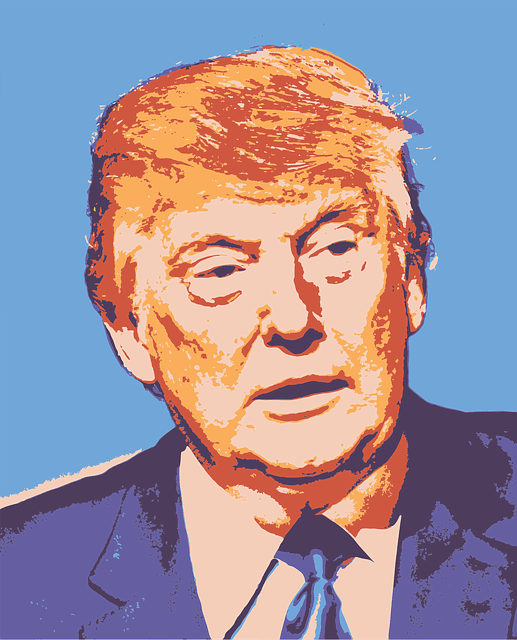 The word ‘flawed’ has been bandied about this political season in the U.S., most notably as a few Christians of significant influence cobble together bizarre arguments for how Americans might in good moral conscience support Donald Trump. Most prominently, Jerry Falwell drew a comparison between Trump and Israel’s King David, and more recently, radio host Sean Hannity. Their arguments suggest that both Trump and David are ‘flawed’ leaders who either rule over, or might rule over, a great nation. King David was God’s ‘flawed’ man, and on analogy, Trump might be as well. While Trump is no saint, to expect a saint is unreasonable and even contrary to the pattern we see in Scripture.

The gains with a leader like Trump are inestimable, we’re told. Though lacking a moral compass himself, he’ll at least outsource morality to justices who will ensure that morality prevails.

Let’s set aside for a moment the obviously ‘stacked deck’ nature of this appeal to David, as opposed to, say, King Manasseh, or King Ahab, Samson, Pharaoh, or King Herod. Let’s assume for the sake of argument that Trump is a kind of David redivivus—a man after God’s own heart, flawed indeed, but chosen to lead the nation during a time of serious threats on the outside (Philistines/ISIL) and from within (disunity/moral chaos). And let’s look, as Ben Carson recently encouraged us to do, at the ‘bigger picture.’

Most appeals to David’s ‘flawed’ character have in mind his sin with Bathsheba (2 Sam 11), where David saw her bathing from his rooftop and took her for himself.[1] At this point David faced his first obstacle … her husband Uriah the Hittite. That first ‘obstacle’ to the object of David’s longing was a foreigner, and an expendable one at that. To finalize the deal, he had Uriah murdered.

Nonetheless, David eventually confesses his sin and repents, an act which the story clearly presents as commendable (2 Sam 12).

But let’s not stop there. Let’s concede something outrageous, that Trump’s apology was sincere and heartfelt, analogous to David’s repentance. Does the King David analogy then allow us to imagine the possibility of a brighter, greater, and more godly future? To answer this, we need to focus on the aftermath of David’s sin and repentance, and not solely at the simple fact that God uses a flawed leader.

Note well, you still have to contend with Shimei … who tried to call down upon me a horrible judgment … I solemnly promised him by the LORD, ‘I will not strike you down with the sword.’ [wink, wink, but that doesn’t mean you can’t!] (1 Kgs 2:8).

David then uttered his very last words: ‘Bring down his grey head with blood to Sheol’ (1 Kgs 2:9).

One definition of wisdom as the ability to see to the end of a matter. In many ways, the comparison between Trump and David is only too apt, sans any of David’s godly qualities.  To suggest that Trump, like King David, has flaws but can carry America to the heights of greatness misses the direction of David’s life and nation in the wake of his ‘flaws,’ which only began with his mistreatment of a woman and a foreign man, but eventually tore through the whole nation. I dare say that two supreme court justices couldn’t even offset those effects.

[1] Interestingly, the narrator recounts that critical incident in a way that recalls the primal sins in Gen 3-4:
David: King David ‘saw’ (*r’h) the ‘beautiful’ (*ṭôb) Bathsheba and sent officials to ‘take’ (*lqḥ) her. To underwrite his theft, David then acted violently by having Bathsheba’s husband Uriah killed (2 Sam 11).
Eve (& Adam) – Cain: The woman ‘saw’ (*r’h) that the fruit was ‘good’ (*ṭôb) and ‘took’(*lqḥ) for herself and her husband. Their son Cain then murders his brother.