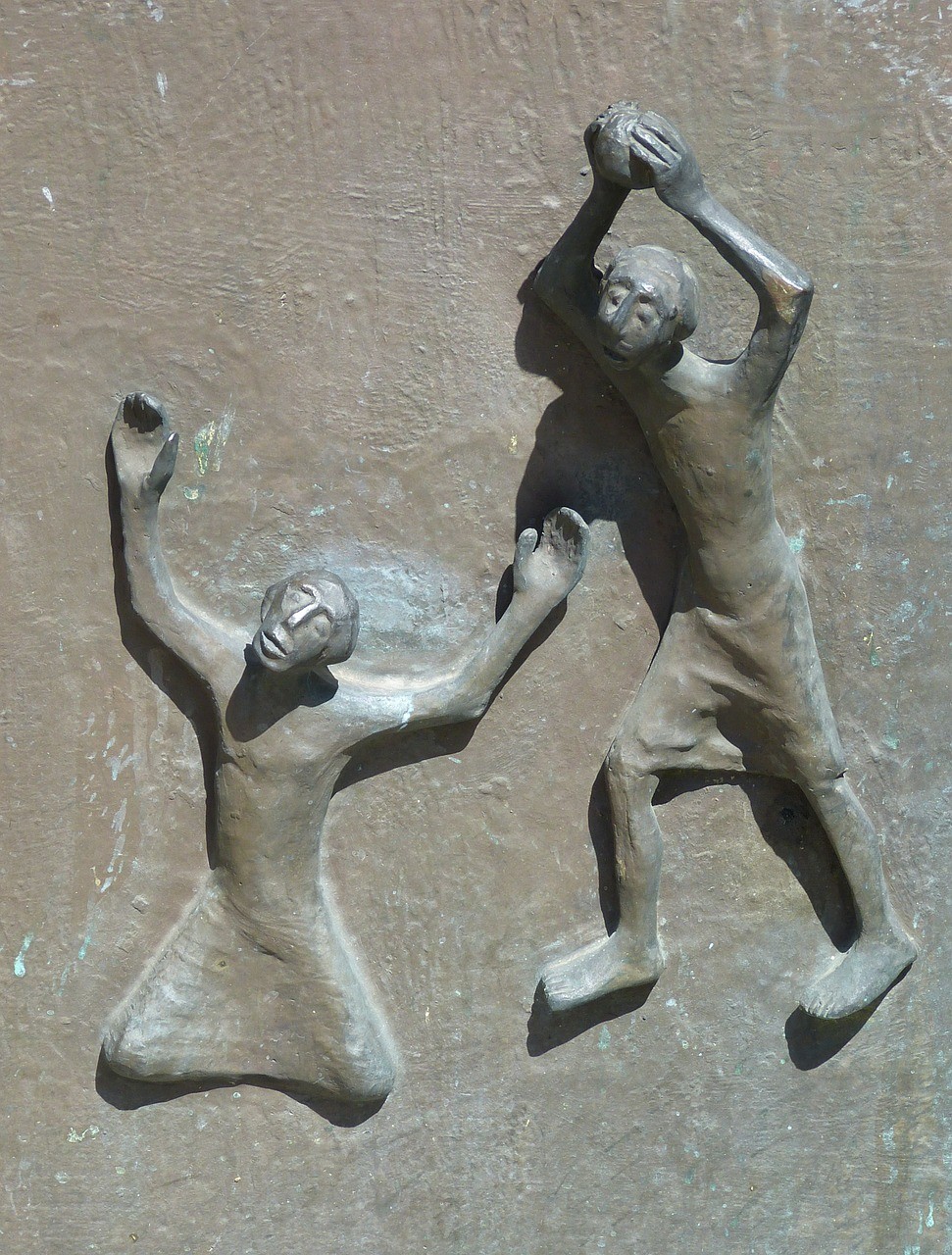 In my earlier post, I discussed ways that Jesus’ teachings on loving enemies were rooted in the Old Testament. I suggested that Jesus is not subverting the Old Testament in the Sermon on the Mount, but instead, that he relies on it. But what about Jesus’ command not to take an ‘eye for an eye’? Isn’t Jesus trashing Old Testament style vengeance?

You have heard that it was said, ‘An eye for an eye and a tooth for a tooth.’ But I say to you, do not resist an evildoer. But if anyone strikes you on the right cheek, turn the other also. (Matt 5:38)

This is certainly an Old Testament idea. Jesus goes on to list other forms of public ‘shaming’ that someone in Palestinian society might experience, particularly from the Romans. Striking on the check was a form of public shame that Jesus asks his followers to embrace as a sign of his upside-down kingdom.[1] This seems to go against the law of lex talionis, and Old Testament and ancient Near Eastern legal concept which allowed like-for-like justice.

Here it is from the book of Exodus:

If any harm follows, then you shall give life for life, eye for eye, tooth for tooth, hand for hand, foot for foot, burn for burn, wound for wound, stripe for stripe. (Exod 21:23-25)[2]

You take my eye, I’ll take yours. This sounds like revenge!

Lex talionis established a maximum penalty. The law meant that you were not permitted to take an eye for a scrape or 2 legs for a finger. Instead, lex talionis set an upper limit to the compensation allowed.

The basic point of the talion law is that a punishment should fit the crime (a principle to which my 5 yr. old son is quick to appeal when he senses unfairness). This paved the way for a system of legal compensations, rather than literal application.[3] In fact, the very next verses in Exodus make this precise point. The slave whose eye was injured or tooth knocked out was to be freed by his master. Nothing states that the master’s eye was to be injured or tooth knocked out.

In addition, the lex talionis law provided a revolutionary system in which rich and poor were treated equally before the law. The poor person’s eye was no less valued than the rich, a point that was not immediately obvious in the ancient world. In short, the principle of lex talionis corresponds generally with what the Old Testament elsewhere terms justice—no favoritism and fair consequences.

So lex talionis was not—as it is often erroneously called—a ‘revenge law.’ On this score Jesus is in full agreement with the Old Testament law. Taking personal vengeance was strictly forbidden in the law. In fact, it was stated that no one could ‘take vengeance’ or even ‘bear a grudge’ against their people, but were to love their neighbor as themselves (Lev 19:18). ‘Eye for an eye’ laws pertained to the principle of proportionality in justice, and were explicitly and legally distinguished from acts of personal vengeance. They were meant to take matters of personal revenge out of individual hands so that they could be dealt with fairhandedly in the courts—ideally by dispassionate judges who ruled with equity. And absent adequate legal protection, personal revenge was relinquished into the hands of the God of justice (e.g., Ps 9:12).

OK, let’s move from Moses’ Mountain back to Jesus’ Mountain. Jesus contrasts taking an eye for an eye with another, surprising kind of ‘like-for-like’ justice: cheek for cheek, cloak for tunic, mile for mile, giving and lending for asking (Matt 5:38-42). He’s saying, ‘Don’t seek what you’re due! Submit to wrongdoing for the sake of the kingdom.’ Jesus substitutes the pursuit of personal justice for submission to injustice!

Yikes! Before addressing what Jesus meant, it’s important to recognize what he doesn’t mean.

First, Jesus is not replacing a system of revenge. He doesn’t say, ‘You have heard it said, take revenge, but I tell you … .’ Instead, he refers back to the foundational principle of law—namely, proportionate punishment, the law of equivalence—for a way that submits to disproportionate injustice and then exceeds it with goodness. Jesus’ followers were to ‘go beyond the righteousness of the scribes and Pharisees’ (Matt 5:20).

Second, Jesus is not demolishing the foundations of justice. Jesus still called for justice from the religious leaders of his day (Matt 12:7; 23). He demanded it of others and on behalf of others, especially the poor, orphan and widow. Those concerns derive squarely from the Old Testament. He’s not asking all people everywhere to always forsake the pursuit of justice.

What is he doing?

First, Jesus is moving from law to ideal. It’s important not to collapse law and ethical ideals. As in our own day, biblical law did not set out the highest ideals of behavior. It might not be illegal to lie, but it is hardly right to say that lying is commendable. Likewise, whatever a law might permit (e.g., ‘eye for an eye’) should not be confused with whatever is best. Jesus is setting forth the best way, and not just a maximum penalty.

Second, Jesus renounces justice for himself. Again, this model of succumbing to injustice finds infrequent yet vivid representation in the Old Testament. Isaiah said: ‘I gave my back to those who struck me, and my cheeks to those who pulled out the beard; I did not hide my face from insult and spitting’ (Isa 50:6). This is not a way blazed by the law. It’s a way opened up by Israel’s experience of suffering in exile. Jesus then embraces this way on the cross (the NT counterpart to the exile), where he gives his other cheek, does not resist an evildoer, and gives up his cloak and tunic.

And Jesus also calls his disciples to follow this way, to forsake personal justice. But when? Always? And how? It seems that the pursuit of personal justice from ‘evildoers’ is ruled out, but what about justice for the sake of one’s neighbour? Are there limits to the injustices one should suffer, the amount one lends, or to the generosity one offers?

As in his parables, Jesus’ teachings require hard reflection and wrestling. His way is costly. It asks us to consider what this spectacularly provocative vision looks like in our comfy non-occupied Western context. But in our grappling—and may God give us wisdom for that!—and our enthusiasm for the endlessly subversive vision Jesus offers, it’s worth remembering that for Jesus, the Old Testament nourished that vision.