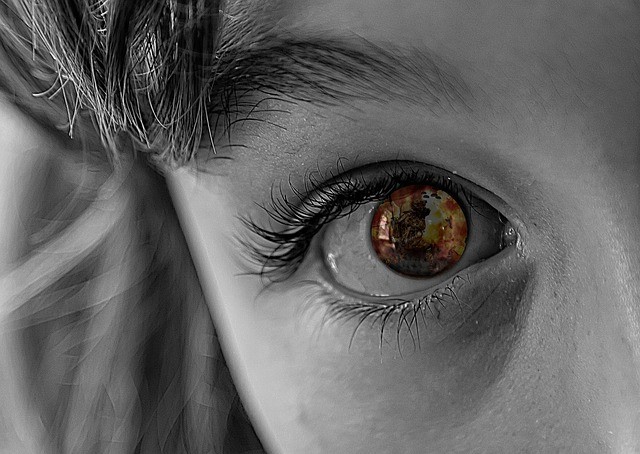 It has become increasingly commonplace in popular theological works to draw a sharp contrast between Jesus’ teachings in the Sermon on the Mount and, well … the whole Old Testament. The most prominent verses cited as evidence are Jesus’ ‘you have heard it said … but I tell you’ statements, especially His statements about enemies. The assumption is that Jesus contrasts the ethics of the Old Testament with His ethics. Jesus says:

You have heard that it was said, ‘You shall love your neighbor and hate your enemy.’  But I say to you, Love your enemies and pray for those who persecute you. (Matt 5:43)

The proposed idea is that Jesus turns the vengeance-consumed Old Testament on its head.

As an Old Testament scholar, the proposed contrast is like nails on a chalkboard. In addition to the obvious point that the OT nowhere states that one ought to hate their enemy, and the fact that Jesus describes His teachings as law-fulfilling (Matt 5:17), there are serious problems with this view. I’ll focus on one in this first post, and offer it in the form of a positive thesis. Jesus gets His teaching on loving enemies from the Old Testament. Jesus’ teachings were in deep continuity with the Old Testament. As with other Jewish teachers of His day, Jesus validated it through reuse and reappropriation. And he did so along the grain of its core ethical teachings.

So what about those enemies in the Old Testament? Weren’t they all to be stoned or run through with swords? We read in Proverbs 25:21:

If your enemies are hungry, give them bread to eat; and if they are thirsty, give them water to drink.

That sounds like something out of the New Testament, no? Paul quotes this proverb in Romans 12:20, most likely as a specific instantiation of Jesus’ command in the Sermon on the Mount.

And in a world where donkeys and oxen were means of personal livelihood, it is no small thing that the law commands God’s people to love their enemy by rescuing and returning their animals:

When you come upon your enemy’s ox or donkey going astray, you shall bring it back. When you see the donkey of one who hates you lying under its burden and you would hold back from setting it free, you must help to set it free. (Exod 23:4-5)

Love for one’s enemy even extended to his animal.

It may come as a surprise that some specific teachings on showing love toward enemies appear only in the Old Testament. The Wisdom books warn hearers not to rejoice when enemies face disaster (e.g., Prov 24:17; Job 31:29; cf. Oba 1:12). Proverbs—and we have to remember that these were ‘popular sayings’—even states that those who rejoice over another’s misfortune ‘will not go unpunished’ (17:15).

Instead, it seems that Jesus draws upon an ethos of enemy love that is already present in the Old Testament. Jesus’ teachings on loving enemies were woven from the richly varied threads of Scripture, which He heard, learned, debated and taught from a very young age. Knowledge of the Old Testament should lead us to reject what we might call a ‘docetic ethics,’ a belief that Jesus’ ethical teachings just dropped from heaven.[1] As with other Jewish teachers of his day, Jesus drew fresh teachings from the deep well of Scripture.

It’s one thing to have laws and teachings about loving enemies. But did Israel really live this out this ethos?

Yes, and remarkably, toward Syria. Here’s the story. Israel and Syria were locked in conflict (imagine!). No end was in sight. But along came the prophet Elisha (2 Kgs 6). And Elisha wasn’t playing by the rules. Each time the Syrian King tried to attack Israel, Elisha used his prophetic radar to anticipate his attacks. Then he’d notify the Israelite king Jehoram so he could pull a no-show. It proved difficult for the Syrian king to fight when his enemy didn’t show up. In exasperation, the king of Syria laid siege to the city of Dothan, where Elisha lived, hoping to root out the source of his military frustrations. Elisha prayed, and miraculously, the enemy army was struck with blindness … until Elisha led them bound into the middle of the capital city Samaria, where they stood before Jehoram.

What happens next is crucial, for Elisha (as if in the persona of Jesus)[2] responded as follows:

‘You shall not strike them down. … Set bread and water before them, that they may eat and drink and go to their master.’ So the king prepared for them a great feast, and when they had eaten and drunk, he sent them away, and they went to their master.’ (2 Kgs 6:21-22)

Did this non-violent response ‘work’? You bet! ‘The Arameans no longer came raiding into the land of Israel.’ (v. 23)

[In my next post I’ll look at the relationship between Jesus’ views on revenge and the Old Testament teachings on that topic (e.g., Matt 5:38).]

[1] In addition to ethical Docetism, attempts to see Jesus as a lone and subversive revolutionary often lead to the anachronistic claim that he taught something completely unprecedented here.