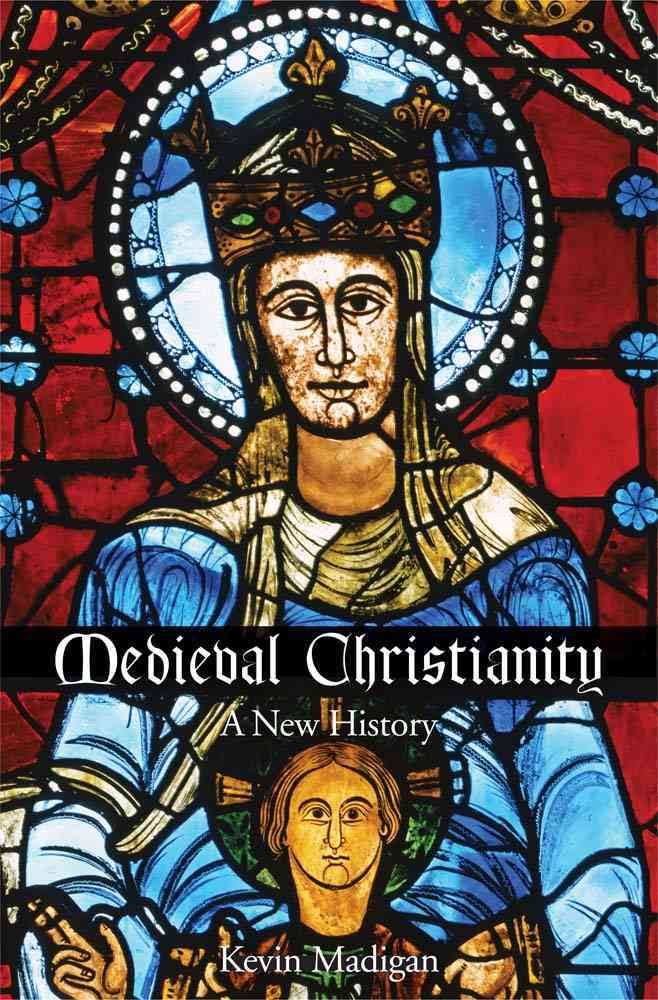 Dr Steven Watts teaches Church History and History of Spirituality at WTC. He is passionate about the creative relationship between Christian belief and culture. Steve completed his PhD in Mediaeval History at the University of St Andrews, and believes there is much to be gained today from an informed understanding of the Medieval Church.

Why bother with medieval Christianity?

In an (apparently) increasingly secular West, where the adjective ‘medieval’ is most often employed in the public forum as an intellectual swearword. Why even ask the question? Judging from the narrative both explicitly and implicitly expounded in the wider culture, is not the medieval world and its dominant religion simply a relic of a funereal, ignorant past from which the children of the fifteenth and sixteenth centuries were reborn and from which the daring young men of the eighteenth and nineteenth centuries were enlightened?

As is often the case with such totalizing accounts, however, a different picture emerges when one pays attention to the details. For how is it that this morass of superstitious ignorance give birth to a remarkable crop of universities? How could a society apparently hampered by technological backwardness give rise to such towering monuments of architectural excellence as the gothic cathedrals and the rich symbolism inscribed into their frames and illustrated upon their walls? How could an apparently close-minded theocracy produce such landmark developments in jurisprudence as the emphasis on intention and gaining a fair hearing before a jury of your peers? Indeed, the more one attends to the medieval period––that sprawling millennium stretching from roughly 500-1500––the more one is confronted by its importance in the formation of the western world and the numerous cultures which it has impacted. In short, the Middle Ages are important. And that means the same is true of the Christianity that coursed through its veins. As Kevin Madigan points out in his Medieval Christianity: A New History, by the early middle ages “the church was the single institution that cut across… lives political boundaries, and ethnic divisions” (xvii). The Middle Ages may not have been “an age of faith”, as is commonly supposed, but it cannot be understood without the faith so closely associated with it.

So then, why a new history of Medieval Christianity? Madigan justifies his contribution on the basis of the “important new scholarly developments” in the field in the four decades and counting since R. W. Southern’s landmark Western Society and the Church in the Middle Ages (1970). By incorporating these developments into what has become something of a standard account, he shines light on number of subjects that were overlooked in earlier scholarship (notably women’s history), of particular resonance to the geopolitical present (Christians interactions and perceptions of Jews and Muslims), and misconceived in the popular imagination (the Crusades / for an example of which see: http://www.historytoday.com/jonathan-phillips/crusades-complete-history).

Madigan’s book offers a narrative account that follows a broad chronological trajectory along the more-or-less traditional periodization of ‘early’ (600-1050), ‘high’ (1050-1300), and ‘late’ (1300-1500). It does diverge from this path from time to time, but only to address broader themes, such as the often––but not always, as Madigan reminds us––harrowing treatment of Jews by their Christian neighbours. As such, we have accounts of “the Means of Christianization”, of “Saints, Relics, and Pilgrimage”, and “Parochial Life and the Proprietary Church”, alongside descriptions of the rise of monasticism, heresy, and the schisms of the later middle ages. The vast majority of the touchstones of medieval religion are therefore present and accounted for.

At its best, the work offers the student or non-specialist a more nuanced grasp of such developments as the rise of the papacy, which was generally inspired more by reform than sheer megalomania (though in the person of Gregory VII it is unclear where one began and the other ended), and the conflicts that quickly arose within the Franciscan order when Francis of Assisi’s followers emerged out from under their founder’s uncompromising shadow. Also welcome is the attentiveness to the importance of women in medieval Christianity. Typically left as afterthoughts in major histories of medieval religion, Madigan makes sure to include them in “virtually every chapter of the book”.  He also navigates some of the more contested areas within the historiography of the past few decades, such as the validity of “popular religion” (that is, distinct from literate or clerical religion) as a historical category and the purpose and extent of the medieval inquisition (not to be confused with the Spanish Inquisition, which––let the reader understand––the reader may not have expected). In the latter case, let us just say that the histrionic presentation of Bernard Gui in the film adaptation of Umberto Eco’s The Name of the Rose is sorely mistaken. On a number counts, then, the book can be considered a success. It is clearly written, generally well organized, and offers a good deal of exemplary accounts to furnish the narrative with personality.

Madigan’s book, however, is not without its problems. As a number of reviewers have already pointed out, this is really a history of western medieval Christianity. It remains most closely tied to England, Italy, France, Germany, and––to a lesser degree––Spain. Scandinavia goes almost unmentioned and the same is substantially true of eastern Europe. There is little mention of Ireland, Scotland, and the Netherlands. More problematically, Madigan’s claim to incorporate recent scholarship is not always borne out by the research upon which he depends. Indeed, the book often relies on books that are many decades old, and it comes to some conclusions (such as the authorship of the Augustinian rule) that are already outdated. The result is that while some topics are relatively flush with “new scholarly developments”, others seem strangely tied to the past.

And just as there is a geographical imbalance, so there is also disparity in its chronological scheme. The lack of material on the late middle ages, which is only a few chapters long and is populated by much that does not fall within the stated chronology, is perplexing. Perhaps a subsequent edition might trim the book’s first chapters (which deal with the early centuries of Christianity in a manner not especially helpful for understanding the medieval Church) in order to provide a better treatment of a subject more directly relevant to the book’s central concern.

Finally, and perhaps the most substantial objection, is that the book does not offer enough opportunities for the student or non-specialist to expand their knowledge further. It is not always clear what sources or even scholars lie behind some of the positions given in the text. Moreover, while a narrative account is a helpful way to tell the story of the Middle Ages, the book misses something of the broader currents or mentalités (that is, how people thought about the world) that are characteristic of a religious culture so different from what we find in the West today. What about the Church’s response to death and suffering? What of its need, especially in the twelfth century and beyond, to organize, clarify, and synthetize wisdom––both old and new? What of the continuing and ever-changing resonance of the accounts of the first disciples of Christ in the reformations of its religious life? Answers to these kinds of questions, in my view, would help to explain rather than just to describe what was central to the various ebbs and flows of medieval Christianity.

To conclude, then. On the book’s front cover, the eminent scholar John Van Engen asserts that “this will undoubtedly be the fundamental narrative account of medieval Christianity for the next generation”. For the reasons noted above, I am not so sure. To be clear, Madigan has done a great service, particularly in light of the sheer scope of the task. One thousand years of Christianity (and then some) is a massive task and is only becoming more unwieldy as the scholarship continues to mount. But from the perspective of this reviewer, the book would be better received by students and non-specialists as a transitional work. It gives a sense of direction––more confidently in some places than in others––but does not constitute a place of arrival, not at least when compared with Southern’s earlier work. Perhaps that is simply the state of our understanding of medieval Christianity. However odd it might sound to twenty-first century ears, medieval Christianity is not a closed book. Its pages are continually being opened and poured over. Sometimes its contents are newly discovered, more often they are re-interpreted. Perhaps this continued interest reflects a growing suspicion that the narratives that we have been led to believe do not hold up to closer scrutiny. Madigan’s work certainly points in this direction. It is only a matter of whether one heeds the words so famously heard by Augustine in the garden: “Take up and read”.