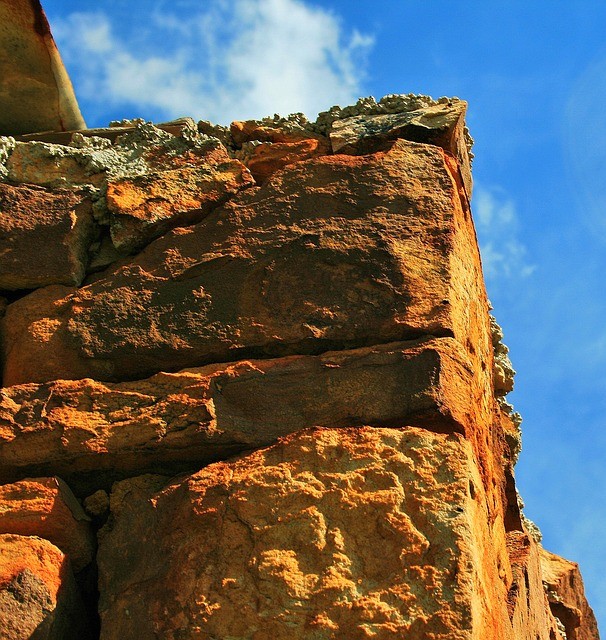 I just have to admit, it does kind of bother me that wives don’t get to be the kephale of anyone. I think I’d make quite a good kephale if I’m honest. But in Eph 5, husbands get to be the submitted heads, and wives get to submit, and in 1 Cor 11, Paul uses the same language in the same kind of order. It kind of still sounds unequal, hey? What to do?

We could just ignore it, which I think many husbands and wives in practice, just do. It’s basically what my husband and I have done for nearly 26 years now. We simply followed other principles, also enshrined in scripture, in trying to love, support, and protect one another and together, we have brought up four boys, worked in our churches, church-planted, ran a home, made all our decisions as equals, and we still love being married! Responsibilities have waxed and waned depending on our circumstances, and where one flagged, the other picked up. It was and is a no-brainer.

So, in truth, I’m not really writing this for me and my husband, or for anyone like us, but it has come to perturb me deeply that these verses are used to paint a picture of Christian marriage in which the husband is expected and deemed to bear more than the wife, and then used to argue that this is somehow God-ordained. Apart from the fact that I simply don’t think this is true of any marriage I know, I also don’t think that these verses can bear the weight of this interpretation. Because of this, I think we should re-frame them, take what we can from them, and then probably, let them rest, although I doubt that will happen.

I think I have demonstrated that trying to prove Paul was drawing an analogy with the Godhead or Christ and the church or Christ and husbands in order to set up a system of hierarchical governance will lead us into all sorts of exegetical and doctrinal trouble. However, even if we go with cornerstone, there seems to be a sort of dependence on the part of the wife, and a lack of responsibility on her part to build up, nurture, bring to maturity, and respond on her own behalf to Christ. This can’t really be right, not least of all because we all know that wives and mothers just do do all those things! Furthermore, in the big picture, it seems that Paul would think they did too. We mustn’t lose sight of the fact that Paul appointed women, some of them married women, as leaders, evangelists, disciplers, teachers, apostles etc.

So I would approach this by putting these verses in the context of Paul’s wider theology of the church as a place of mutual submission and upbuilding (all included in this), his other teachings on marriage, as well as looking at how he frames his own use of kephale.

With regard to his other teachings on marriage, it is very interesting to me that despite the fact that we have some extremely clear and unambiguous teaching on marriage by Paul in 1 Cor 7, many churchmen will choose to use Eph 5 as some kind of blueprint rather than 1 Corinthians. Eph 5 describes some kind of mysterious link between the marriage relation and Christ and the church. 1 Cor 7 tells husbands and wives, the betrothed and the unmarried what to do! If you haven’t read it recently, just read it. It is relentlessly and uncompromisingly mutual, and includes the astonishing assertion that a wife has authority over her husband’s body. That wasn’t normal then, and I’m not convinced it’s very palatable even now in many circles. Possibly why an authoritarian reading of Eph 5 is favoured for a pattern of marriage over 1 Cor 7? Who knows? The fact is that Paul was way ahead of his time.

With regard to the whole kephale picture, I hope that I’ve shown that we really should exercise caution anyway in pushing it too far. But if you want to worry over it, let’s just look at the context.

Remember that Paul’s teaching to husbands in Eph 5 really was both radical and revolutionary. The thing is, they were the heads: the heads of their wives, the heads of their estates, their households, their children, their slaves. That in itself is simply descriptive. Was Paul drawing on their own accepted structures to paint a picture for them? The difference here then is that Paul taught them that they should be ‘heads’ modeled on Christ, the Lord who washed people’s feet. Again, this is not that palatable, but it was nothing that Paul himself didn’t live out in relation to others. The idea of taking the lower part as a fundamentally Christ-like posture is a prominent theme in Paul’s letters. The idea of wives submitting is again, descriptive, and then spun Christianly. The innovation for Christian wives is that they submit ‘as to the Lord.’

My own view is that if we view Eph 5 and the different instructions to husbands and wives in context, it is certainly not an indicator that Paul views husbands as ordained to be ‘above’ wives, or to bear more than their wives in any sense, it simply contains a recognition of the fact that men and husbands did have more power and status than their wives, and in that context, it is remarkable that neither party is allowed to wriggle out of self-sacrifice and submission. I would explain Eph 5 as an address to those who held the power, and thus, the greater responsibility. I think the same thing is going on in Philemon and in 1 Peter 3, but that is for another discussion.

1 Cor 11:3 also leaves wives at the end, as it were. However, it is here that I think Paul is decisively re-framing his teaching, precisely because it had been misunderstood by the Corinthians. His kephale teaching is balanced by three claims in this letter:

I think there will always be people who wish to take away a patriarchal or even misogynist reading from Paul. However, there are a growing number of us now who are convinced that the idea of a Christian marriage as depicted in the NT is that of a mutually liberating relationship founded on sacrificial love, loyalty, and submission to the other, and that Paul too understood it in that way. We are now suggesting, therefore, that we do not need to ignore Paul or get beyond him in order to find the pattern for that in his writing. It may need a bit of work, but it also needs quite a bit of work to continue to depict Paul as either a committed patriarchalist, or as someone who didn’t really know his own mind, and who oscillated between two different systems of thought, undecided about which would work best. Having tried it, I would suggest that reading Paul and finding evidence that he supported a view of marriage as empowering for women in an unequal society, and as mutually sacrificial, is not a difficult task.