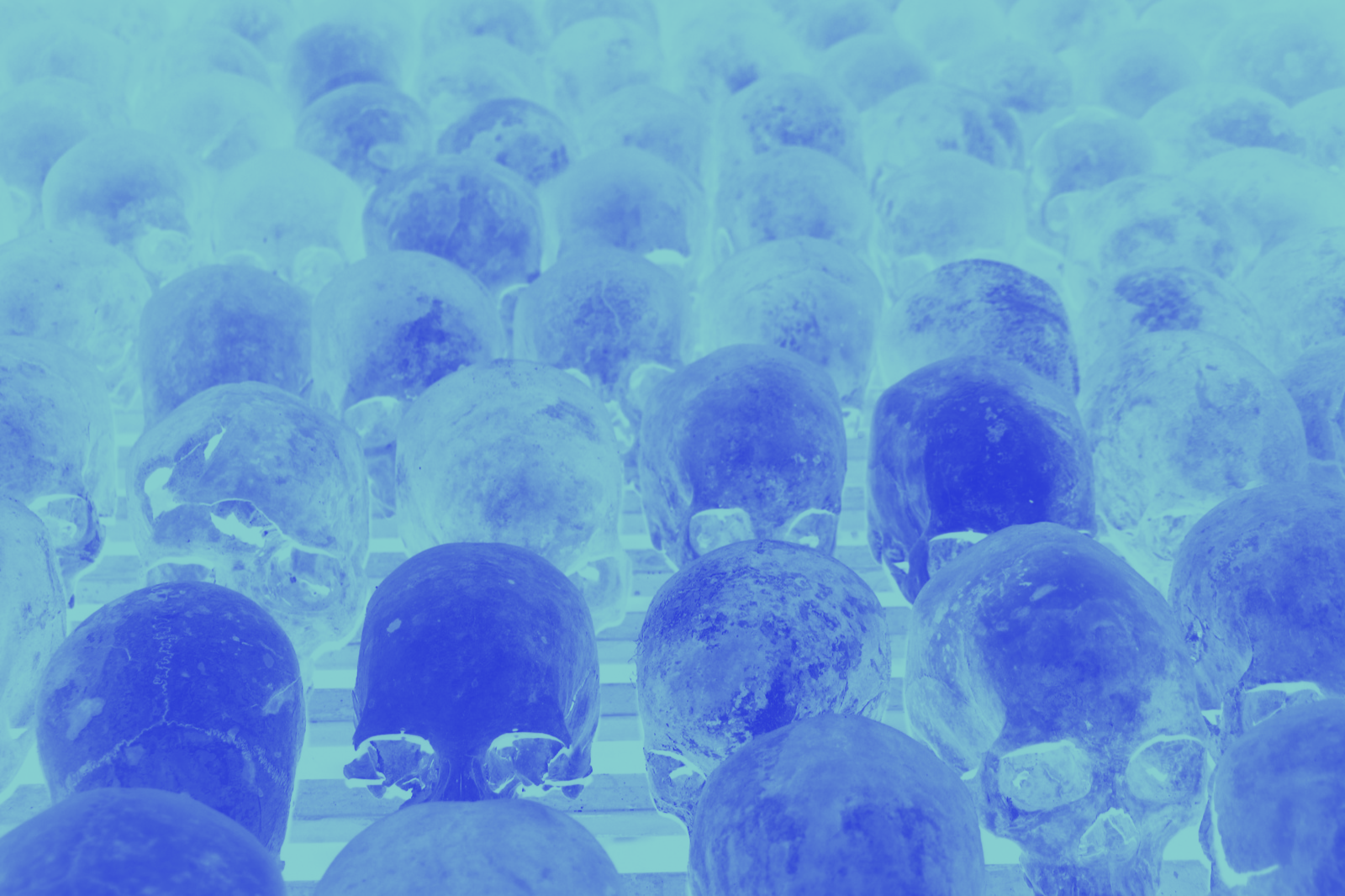 Negotiating with the Enemy

Today is Maundy Thursday, a day when Christians remember and re-enact the last supper. Upon re-reading the episode in Luke 22, I’m reminded of Jesus’ willingness to share a meal with a known enemy, one from his most intimate circle who had turned against him: ‘The one who betrays me is with me, and his hand is on the table’ (Luke 22:21). Sitting to eat a meal with Judas was not a departure from Jesus’ normal ‘policy.’ He frequently ate and associated with those who were explicitly opposed to him, or with those who were supposed to be his opposition.

Yet, sitting down with the enemy is often seen as a weakness by staunch militarists. Last year, the Obama administration endured intense criticism for brokering a nuclear deal with Iran. Talking with an avowed enemy was ruled out of bounds as a matter of principle, but also as a matter of security. Some claimed that the deal would ‘embolden’ the Iranians, and provide them with funds to support terrorist networks throughout the Middle East and beyond.[1] In the wake of the Brussels’ bombings this week, the desire for ever stronger barriers between us and dangerous outsiders is understandable, and perhaps with biblical analogy.

Moses’ words to the conquest generation seem to reflect a similar form of hard-line foreign policy rhetoric: ‘Make no covenant with them’ precedes the call to show the Canaanites no pity (Deut 7:2). His words applied not only to the conquest itself, but also to the way that Israel should relate to known Canaanite peoples once settled in the land. Treaty-making with known enemies (i.e., Canaanites) could only ever lead to disaster.

But the people do make treaties with the enemy. Three times, in fact: twice in Joshua (Rahab’s family [ch. 2] and the Gibeonites [ch. 9]) and then once in Judges (a family from Bethel [ch. 1]). Are we to view these as violations of the Deuteronomic command? Should Israel have ideally rejected all discussion with the enemy in order to avoid contamination?

To address these questions, let’s look at the first treaty.

Treating with Rahab, the Archetypal Canaanite

Israel stumbled into its first deal with the Canaanites. Here’s how it unfolded.

After his divine commissioning service (Josh 1), Joshua deploys spies from Shittim to go ‘view the land.’ For readers of the story, this should raise a red flag.  The last time Israel sent spies it was a total disaster. Twelve spies went on a reconnaissance mission from Kadesh-Barnea. They spied out the land and then 10 of them reported that it was unassailable. While the land was fertile and full of good things, it was heavily fortified and full of giants. ‘We looked like grasshoppers to them!’ (Num 13:33), they reported. This sent the people into a tailspin. They cried out and wailed the whole night, and then sought to appoint a leader to bring them back into Egypt (Num 14:1-4).  According to Numbers, this was a complete failure, a lack of faith, an anti-Exodus. In fact, the story ends with this conclusion: ‘The LORD will not be with you’ (Num 14:43).[2]

So when Joshua appoints spies to go into the land, the reader has reason to furrow her brow. It looks like Joshua lacks faith. And that’s bad, right? Remember all the guarantees Joshua had (Josh 1)? Why would he even need to spy the land?

Things look even grimmer when we consider the geography of these events. The spies go forth from Shittim. Shittim was the place where Israel ‘played the harlot’ and fell into apostasy (Num 25). Shittim is where Israel pursued the women of Moab and thereby ‘yoked themselves to Baal of Peor’ such that ‘the anger of the LORD was kindled against Israel.’ Not the best of Israel’s memories (cf. Ps 106:28; Hos 9:10).

So Joshua sends the spies from Shittim. And what did his spies do? They went straight to the house of a prostitute! What were they thinking? Well, most English translations don’t fully capture all the innuendos. They ‘go into’ the house of Rahab (whose name means ‘open’) and ‘lie down there.’ Sorry guys. This doesn’t look good. Obviously they didn’t read the Paul on ‘avoiding the appearance of evil.’[3]

To all appearances, Rahab the prostitute is the incarnation of everything that God’s people were to avoid. As noted already, religious apostasy and sexual promiscuity were closely linked phenomena. The thought was that taking or marrying foreign women was the gateway to apostasy, as seen at Shittim. That’s why God commanded the people to tear down the sacred altars and idols of the nations and avoid intermarriage (Deut 7, 20). Intermarriage would lead to idolatry, and vice-versa. On that basis, the people were specifically instructed to avoid making covenants with the Canaanites. ‘Show them no mercy’ or else they would turn the hearts of the people from Yahweh. From a biblical point of view, Solomon is proof that this fear was not unfounded. He married 700 women and brought all manner of idolatry into Israel (1 Kgs 11:3ff).

Yet, as the story continues, Rahab proves to be the incarnation of everything Israel was supposed to be! She shows hospitality to the foreigners, protects them from harm through civil disobedience, extols the mighty deeds and character of Yahweh, and acknowledges his supremacy (‘for the LORD your God, he is God in the heavens above and on the earth beneath’ 2:11). And she makes a covenant with the Israelite spies to preserve her entire family when Israel comes to take the land.

Considering Who’s In and Out

So let’s step back and draw out a few points the story of Rahab. First, it’s safe to say that Joshua is not a straightforward tale of genocide. It complicates that sort of reading from the very start. In fact, we might say that the book is designed to critique the ethnocentric and nationalistic assumptions on which a genocidal ideology depends. Granted, weaving those critiques into a story that includes genocide might seem like a strange brew, but there may be reasons. Maybe the simple conquest story was a cultural given that needed to be re-examined, and one way to do that was to retell it in a way that foregrounded the story of Rahab. Maybe the book of Joshua is itself a close re-reading of a simplistic conquest story. And, as I’ll suggest in a later post, even the warfare chapters have their own hidden surprises.

Second, it strikes me that in Israel’s very first encounter with the Canaanites they receive hospitality, protection, and a lesson in Yahweh’s mighty deeds. This sounds like the experience of some missionaries who go to ‘conquer’ the pagan unbelievers and find that God was already present. This surprise encounter with Rahab suggests that the author is purposefully lifting up the stereotypical Canaanite outsider—the embodiment of all that threatens Yahwism—and subverting that stereotype.

Third, this lead-off story violates the terms of engagement with the Canaanites written in the law (Deut 7, 20); but it is set in a story that reflects loyal observance of that very law. This suggests that the story may have been written as a conscious interpretation of the law—a law that seems uncompromising when read apart from the story. The book opens up the possibility of creative adaptation of the law to accommodate the enemy within Israel’s own community.

Fourth, the story of Rahab challenges us to re-consider the question: Who’s in and who’s out? Rahab the archetypal Canaanite is included in the people of God. By contrast, we read in Joshua 6 that an Israelite named Achan dies the death of a Canaanite (in accordance with Deuteronomic law) because he sought to gain from the conquest. So Rahab’s family was spared but Achan’s family was destroyed. By highlighting these two specific cases, Joshua sends a signal that ‘not all Israel is Israel; not every Canaanite is a Canaanite.’ The narrative space devoted to this subject (2 entire chapters) suggests an intentional focus on disturbing the boundaries dividing insider and outsider identities.

The Conquest in the Gospels

While Judas was quintessential insider-turned-outsider, I want to close with an important counterbalancing episode, one that deliberately recalls the book of Joshua. In fact, it’s a story of a different Joshua who encountered a different Canaanite woman in the land. We read in the Gospel of Matthew that Jesus—i.e., Yeshua or Joshua in Hebrew—met a ‘Canaanite’ woman (Matt 15:22). It’s highly anachronistic for Matthew to use the term ‘Canaanite,’ since it’s the only time that the term is used in the Gospels. The use must be deliberate. In fact, when Jesus encounters her, she asks for mercy, because her daughter was oppressed by a demon. Now, for Jesus/Joshua to meet a Canaanite asking for mercy (remember: ‘show them no mercy’[4]) sounds like a re-enactment of the conquest. But rather than applying Deuteronomy 7 literally, Jesus engages in a battle of wits about who’s in and who’s out. In other words, Jesus negotiates with the enemy. Seeing the woman’s ‘great faith,’ he heals her daughter. By moving toward the one who his disciples wanted to ‘dismiss’ (Matt 15:23), he found a Canaanite ‘outsider’ with the faith of an Israelite ‘insider.’

[3] This derives from 1 Thess 5:22, but is, in fact, a mistranslation on which a great deal of ethical thinking has been built. The verse reads, literally, ‘Abstain from every form of evil.’ On the link between Shittim in Joshua and Numbers, see Gordon H. Matties, ‘Reading Rahab’s Story: Beyond the Moral of the Story (Joshua 2), Direction 24/1 (1995):57-70 available at http://bit.ly/1pzdhAm, accessed 23.3.16.