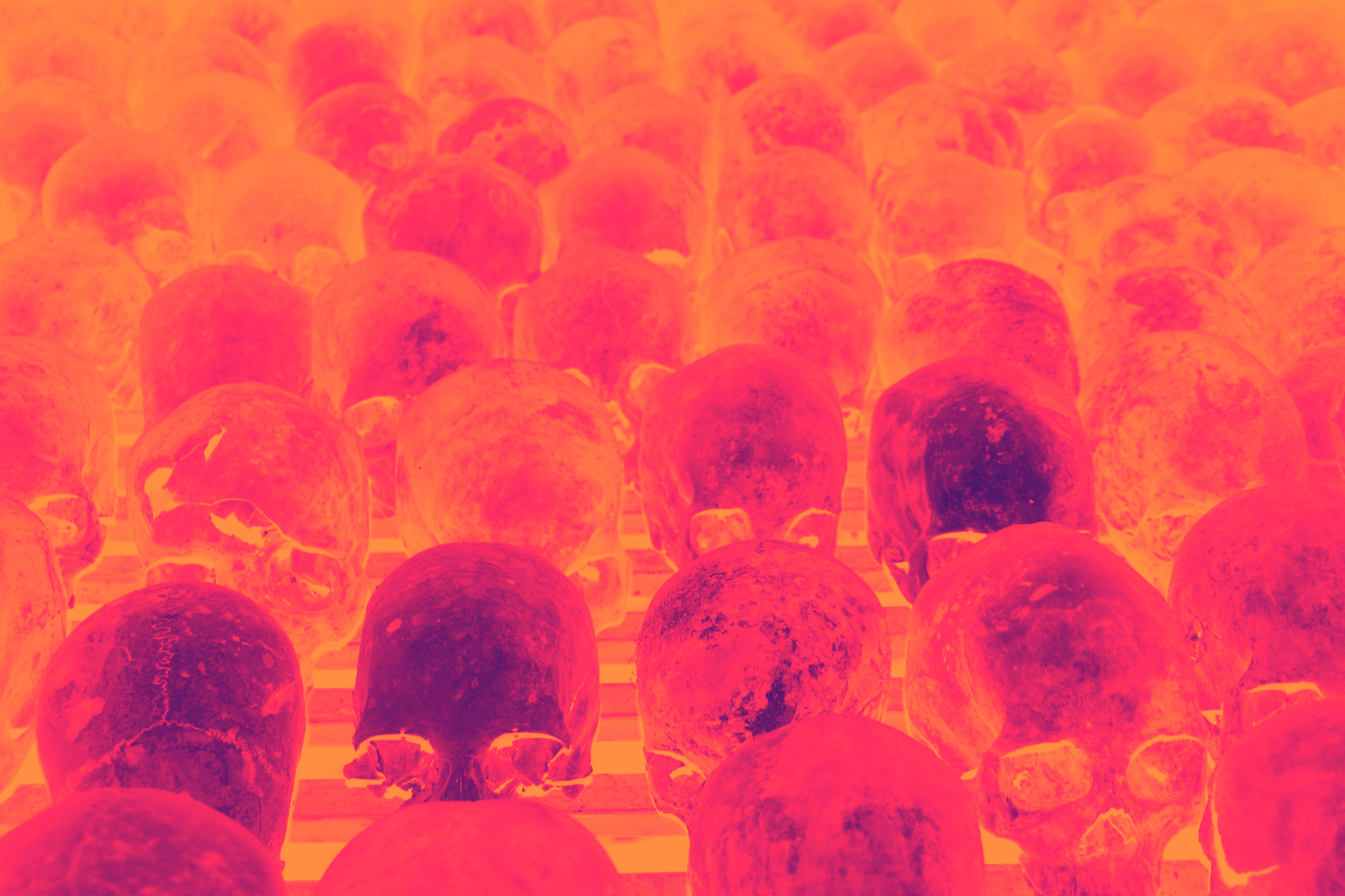 [This is the fourth in a multi-part series on Joshua and Violence. To catch up, read Part 1, Part 2, and Part 3]

The battle of Jericho exerts a powerful hold on the imagination of Jews and Christians. It shows up in most kids Bibles, and thus from an early age shapes opinions about the book’s theme and tone before most even read the long version. Assessments of violence in Joshua often proceed as if what happened in Jericho was representative of the book, as if Jericho was the beginning of a story of unrelenting genocide. However, I think that’s a mistake.

As I suggest below, I think there are two quite different stories of conquest in the book. The story of Jericho belonged to only one tradition of story telling. Another existed, and it needs to be heard.

But before looking at how this other story sat alongside the first, let’s look at how earlier books set our expectations for two stories of conquest.

Joshua 1 simply states that God would give Israel the land, and that this was in keeping with the word of Moses in the Torah. This leaves the door open, since the Torah seems to envision two kinds of invasion.  Let me take two promises from Deuteronomy as examples:

The LORD your God will drive out those nations before you, little by little. You will not be allowed to eliminate them all at once, or the wild animals will multiply around you. (Deut 7:22)

This passage, and those like it, expect a slow and gradual conquest whereby the Canaanites are displaced and not destroyed (‘drive out’).[1] Yet only a few chapters later, Moses tells the people that the conquest would happen quickly and decisively:

But be assured today that the LORD your God is the one who goes across ahead of you like a devouring fire. He will destroy them; he will subdue them before you. And you will drive them out and annihilate them quickly, as the LORD has promised you. (Deut 9:3)

This text uses the language of driving out, but also envisions destruction and annihilation. Which were the people to expect? Surely slow and steady displacement and quick annihilation are incompatible!

Here I want to put forth a key thesis for understanding the book of Joshua. It’s helped me understand something of the book’s complexity and communication strategy. Joshua preserves two stories of the conquest, one ideal and one real. I’ve called these the surface and deep narratives. Each has its own function in the book, and each says things that couldn’t be said otherwise with just one narrative.[2]

According to the surface narrative, the promise was that God would utterly destroy the inhabitants of the 7 ‘-ite’ (e.g., Hivite) nations singled out for destruction—those which Joel Kaminsky calls the ‘anti-elect.’[3] The mode of warfare by which Israel would destroy them was called herem warfare (not harem warfare). Herem warfare involved destroying and dedicating all to God as an offering, like in the way a burnt offering was totally given over to God. For instance, after destroying Jericho, Israel burned the city, took its valuables and put them ‘into the treasury of the house of the LORD’ (Josh 6:24). According to the surface narrative, the result of the herem wars was total settlement of the land and total military success:

Thus Joshua conquered the whole country … he let none escape, but proscribed everything that breathed—as the LORD, the God of Israel, had commanded (Josh 10:40).[4]

According to the deep narrative, however, things look different. The promise of God was that Israel would displace the inhabitants of Canaan little by little. The mode of warfare was conventional. The result was mixed and ultimately disastrous. Israel settled on only a portion of the land. Canaanites were still running around everywhere, and eventually, Israel would be exiled from the land it failed to fully settle (Josh 23:13).

More on the Deep Narrative—The ‘real’

Before trying to make some sense of the surface narrative (the more troubling of the two), and how the two narratives work together, let’s go back to the book’s deep narrative. According to this story of conquest, God would give the people land little by little. The people engaged in conventional warfare against major urban centers and ousted some but not all of their inhabitants. From a historical perspective, the purpose of these wars was likely to dismantle the Canaanite city states, which were ruled by war lords from large(-ish) cities but facing collapse in the 13th century.

This deep narrative provides a more nuanced picture of what might have actually happened when Israel fought with the inhabitants of Canaan.[5] Israel couldn’t ‘drive out’ the Jebusites living in Jerusalem (15:63); they couldn’t ‘dislodge’ the Canaanites in Gezer (16:10); they couldn’t ‘occupy’ the towns in the Trans-Jordan (17:13); Judah took the hill country but couldn’t ‘drive out’ those living on the plains because of their iron chariots (Judg 1:19) … and so on. These are but a few examples of the way that Israel engaged in conventional warfare against major Canaanite (Late Bronze) sites, were often unsuccessful, and ended up settling in the hill country.

If you look at a map of the actual cities Israel captured, they were quite limited, as evident from the encircled areas on this map (note that some cities on the map are anachronistic to the period described).[6]

At the end of his life Joshua told the people that many lands remained unclaimed, but promised that God would eventually ‘push back’ and ‘drive out’ the nations that remained (Josh 23:5). Yet there’s a hint of contingency to this promise. Notably, the people were not to ‘mix’ with the remaining nations through marriage or worship, for that would lead them away from their God (23:7, 12). Instead, they were to cling to Yahweh (23:7-8).

If Israel did not cling to Yahweh, he would let the nations remain. They would become thorns in their sides until Israel was eventually ‘driven’ from the land (23:12-13). This is, in fact, what happened.

This passage from Joshua 23 tells us something important. In this deep narrative, Joshua has in mind a more ‘realistic’ account of Israel’s wars in the land, from initial point of entry to its incomplete conquest, and from its settlement among the Canaanites to its eventual expulsion from the land. This story of conquest stands in contrast with the ‘surface’ narrative described briefly above.

Violence in the Deep Narrative

But even the deep, more realistic, narrative involved tremendous violence. We should not minimize this. However, a few things deserve attention.

First, the campaigns listed in Joshua were geographically limited and most likely strategically targeted at the Canaanite city-state strongholds. Lawson Stone points out that the emphasis in Israel’s campaigns is upon the killing of the kings rather than the cities as such.

The book does not report the Israelites attacking any Canaanite peasant villages or settlements or any encampments of pastoralists, an odd omission if the text really sought to report annihilation of the entire population.[7]

This focus on breaking the city-state strongholds finds vivid expression in ch.  11, where the Lord commands to hamstring the horses and burn with fire the chariots of the northern kings. This is basically the ancient equivalent of dismantling WMDs (and in this invasion, the WMDs actually existed, ahem!).

Stone goes on the point out that the places early Israel actually settled, according to the best archaeological guesses, are precisely between the neutralized zones. In other words, the aims of the campaigns were likely to ‘de-militarize’ the royal strongholds to the north and south of regions where Israel peaceably settled.

Second, according to Joshua, all of Israel’s campaigns after Jericho and Ai were defensive in nature.[8] ‘All the kings’ of the lowlands, hill country, and Trans-Jordan gathered for war against Israel. The Gibeonites, recognizing that they were at risk, opted to sneak into a covenant with Israel. They pretended to be a distant nation forging an alliance, and Israel readily agreed. Israel then discovered their trickery but were nonetheless bound in covenant loyalty (Josh 9:15).

Later, when an alliance of 5 southern kings came to attack Gibeon, not Israel, but Israel defended its ally (10:4ff) and destroyed these five kings. Then, an alliance of northern kings initiated war against Israel (Josh 11). In both cases, Israel engaged in war against those who attacked them or their allies. In other words, most of Israel’s battles were against Canaanites in defense of the Canaanites!

Third, the ‘conventional warfare’ texts portray the aggression of these nations as a response to Yahweh’s deliverance of Israel, and then the victories at Jericho and Ai.[9] According to 11:19, ‘not one city … made peace with Israel except the Hivite inhabitants of Gibeon.’ The refusal to make peace with Israel is explained in 11:20. Yahweh had hardened their hearts!

While this may sound unduly harsh, it is worth bearing in mind that hardening hearts is always a form of judgment in the Old Testament. God doesn’t take otherwise nice people and harden them into objects of his wrath. As with Pharaoh, God hardens as an act of judgment for injustice (in his case, the killing of the Hebrew boys). And as Lawson Stone points out, just as judgment on Pharaoh was linked to his ignorance of Yahweh (Exod 5:2), expressed in his injustice, so the Canaanite kings are judged on the basis of their response to Yahweh. In this way, the conquest was seen as a continuation of Israel’s liberation from the royal power of Egypt. This is not surprising, since the Canaanite city-states were themselves strongholds of Egyptian colonization, set up to drain all local resources. The reasons for that judgement are hidden from view in Joshua, but visible in other texts (e.g., Gen 15:16; Deut 12:29-21) and from putting the historical pieces together.

In sum, before painting all the warfare texts in Joshua with the same broad brush, it is important to distinguish between the surface and deep narratives of conquest, between the ideal and the real.

In the next post, I’ll look at the doubly troubling herem texts, before considering the reasons that Joshua might weave these stories together.

[2] As a caveat: I refer to these as ‘narratives’ though they’re at times juxtaposed to one another within the space of two verses. It’s probably most accurate to refer to these as two perspectives on the conquest within Joshua.

[3] Joel S. Kaminsky, Yet Jacob I Loved: Reclaiming the Biblical Concept of Election (Abingdon, 2007). Kaminsky distinguishes between the elect, non-elect, and the anti-elect.

[5] Noting as well that the process of Israel’s settlement in the land was complex.