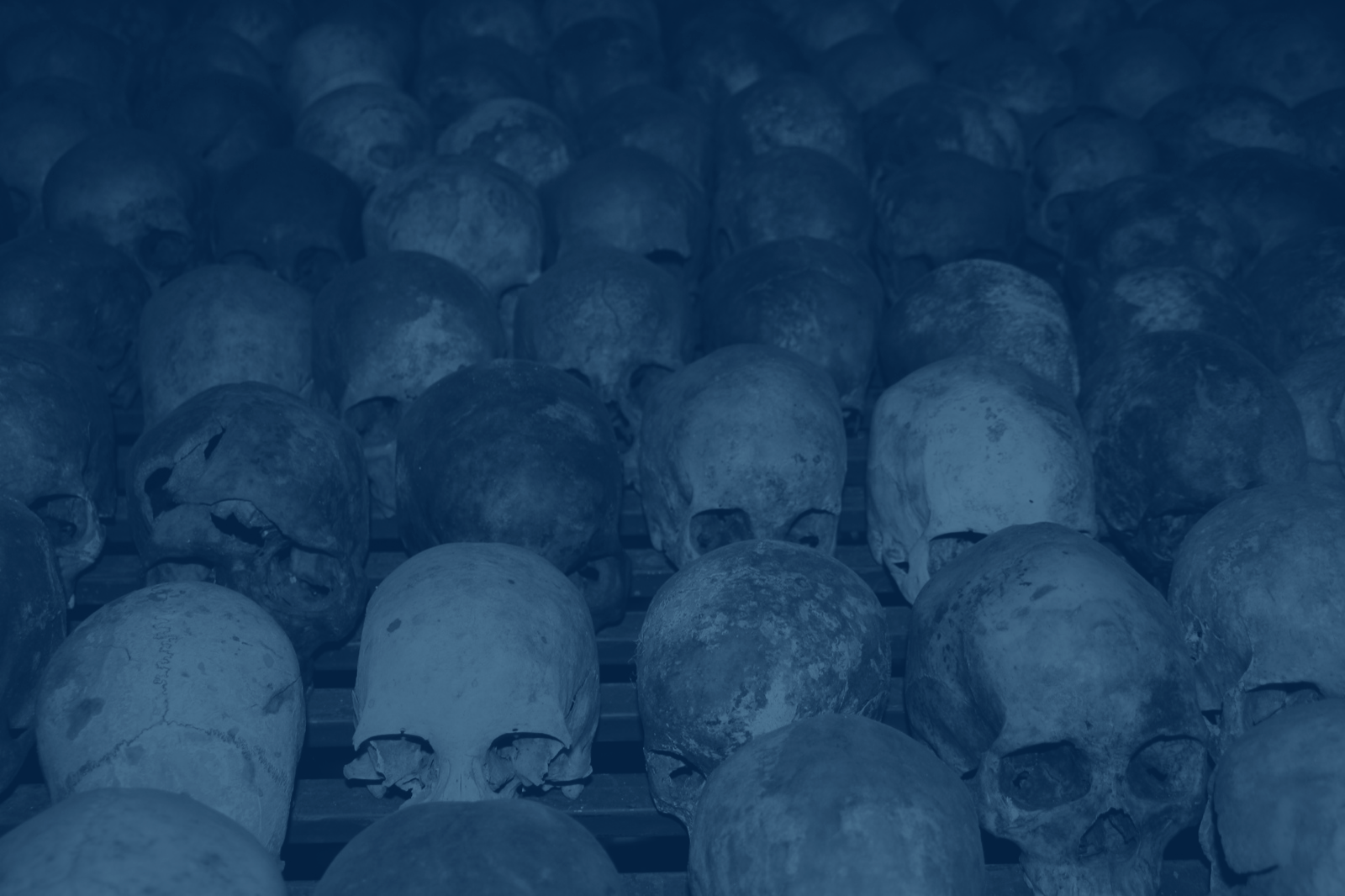 [This is the second in a multi-part blog series on violence in Joshua. For Part 1, click HERE]

Joshua is at once an ethical challenge for many adults and a delight to many kids. My son recently told me Joshua was his favourite book. The ambush of Ai in Joshua 8 sealed the deal. Joshua and the army successfully lure the army of Ai away from the town, pretending to run in defeat. Then, as Joshua lifts his dagger toward the city, an Israelite ambush leaps out to surprise the unarmed city and slaughter its inhabitants. Through it all, Joshua ‘didn’t pull back the hand that was stretched out holding a sword until he had wiped out the whole population of Ai’ (8:26).

The sword clearly holds symbolic power for the narrator. It’s a symbol of God’s assured victories and the complete destruction of Canaanites. It was with the sword, after all, that Israel was going to put to death ‘both men and women, young and old, oxen, sheep, and donkeys’ (Josh 6:21).

The tone of assurance finds expression right from the beginning of the book. God commissioned Joshua to lead the people into the land. He told him that every place he stepped would be his (1:3), and that ‘no one shall be able to stand against you all the days of your life’ (v.5). This is a pretty big moment for a new leader, who until now, lived in the shadow of Moses. The reader is prepared for some Canaanite heads to roll as the Israelites sharpen their weapons for war.

Except that Joshua doesn’t even mention weapons until chapter 5. And the very first time the people use weapons (literally ‘flint swords’) it’s against themselves. Yup, it’s there in the text, right after they cross the Jordan:

I want to interject here for a moment. This is not good military strategy (nor is it a pleasant geographical name). I can just imagine Joshua addressing his officers: ‘Gentlemen, tomorrow at dawn we cross the Jordan. And when the enemy least expects it, we’ll attack! … ourselves … with swords, to prepare!’

No machismo here. This would have been physically excruciating, and symbolically disempowering. As Mark Bucanan points out, ‘Circumcision makes a man childlike. It makes him defenseless. It incapacitates him …’[1] We know from earlier in the Bible that circumcision was a way of rendering yourself unfit for battle, vulnerable to attack. In Genesis, Simeon and Levi promised to let the Shechemites keep their captured sister Dinah, if only they would circumcise themselves. The Shechemites had raped Dinah, and were so keen to keep her (and potentially acquire other Israelite women) that they complied. Then, when the Shechemites were ‘sore,’ Simeon and Levi rescued Dinah, massacred every male in Shechem, and plundered the city.

Let’s return to Joshua, because in addition to the question about military strategy, I have another. Why was Israel uncircumcised in the first place? Weren’t they coming to displace the uncircumcised? Circumcision was the marker of the covenant people, what sociologists call a ‘boundary marker’ (Gen 17). It helped determine who was in and who was out. Moreover, for Israel, the term ‘uncircumcised’ acted as a kind of slur for denigrating enemies. When confronted with Goliath, David asks, ‘Who is this uncircumcised Philistine that he should defy the armies of the living God?’ (1 Sam 17:26)

Yet here’s Israel, in the land and uncircumcised! Clearly this underscores the unfaithfulness of their parents who perished in the wilderness. But it also raises questions about Israel’s own connection to its covenant. Why did they wait so late in the game to identify as God’s people?

If the name of the game is God’s people vs. the Canaanites, Israel doesn’t come into the land looking very distinguished. Interestingly, the end of the book leaves the same impression. In his farewell speech to the people, Joshua implores the people to ‘put away the gods that your ancestors served beyond the River and in Egypt, and serve the LORD’ (Josh 24:14).  Just as Israel needed to become the circumcised people, they needed to become non-idolaters.

Joshua’s next sword encounter is equally startling, probably to him as much as to us. Not long after Israel’s little stopover at the ‘Hill of Foreskins’—and thank goodness it was after they’d healed up—the people advanced toward Jericho. On the eve of battle, Joshua was alone, probably meditating on the divine assurances earlier given: ‘I will be with you wherever you go’ (3x in Josh 1 alone!). Suddenly a man appeared with drawn sword. Joshua responded with the natural question: ‘Are you for us or for our enemies’ (5:13).

This is classic binary thinking, the sort that divides the world along the lines of good guys and bad guys, black and white, circumcised and uncircumcised, insiders and outsiders. Binary thinking is necessary in times of war.

But the man replied: ‘Neither! I have come as commander of the LORD’s army.’ Notice the clear delineation between the LORD’s army and the Israelite army. Had God’s army been the same as Israel’s, the man would’ve simply said ‘I’m with y’all.’

This is a defining moment for Joshua, where he—like Moses—encounter’s God in a new and unexpected way. It’s time for him to ditch Theology for Dummies. So then Joshua asks what God commands him (still trying to fit God into his own military hierarchy), and he’s told, ‘take off your sandals, for the place you are standing is holy’ (5:15). This is a flashback to Exodus 3, where Moses meets God on the sacred ground before the burning bush and God reveals his mysterious name (Exod 3:14).  So Joshua bows down in worship.

And here the enigmatic episode ends. But why doesn’t God re-affirm his earlier promises to guarantee victory for Joshua and the people? Why doesn’t the story resolve the encounter, instead of just leaving us with the image of Joshua bowed low before the non-aligned God?

Here’s my hunch. The storyteller wants to unsettle and dislodge the binary us-them categories implied by a surface reading of the book’s earlier chapters. One strand of the conquest story fosters nationalistic confidence, religious certainty, and a story of success. But Joshua (and later readers) needed to uncouple his perceptions of God from the narrow confines of his patriotic story. He needed to learn the significance of Yahweh’s name, revealed earlier to Moses in the form of a puzzle: ‘I am who I am.’ God was far less contained than Joshua imagined.

Implications for Thinking about Violence in Joshua

I don’t think it’s by accident that the first two times we see the brandished sword in the book of Joshua, it’s a surprise. The sword is not laid first on the necks of the Canaanites. In the first case, the Israelites use the sword to render themselves—then uncircumcised (!)—vulnerable and submissive to the demands of the covenant. This is symbolic disarmament before battle. Israel’s conquest would be about trust, not the power of the sword.[2]

In the second, Yahweh’s own army commander raises his sword in a profoundly mysterious expression of non-alignment.  He will not be paraded in to provide unqualified support for Israel’s army.

In the next post, we’ll rewind to look at Israel’s very first incursion into enemy territory (Josh 2), where they encounter the archetypal Canaanite—Rahab. This story takes another jab at settled perceptions of who’s in and who’s out. Like these ‘brandished sword’ episodes in Joshua 5, the Rahab story signals that there’s far more at work in Joshua than an attempt to provide Israel with an unambiguous founding story of destructive victory over the idolatrous and uncircumcised infidels.[3]

[3] I’m reminded here of the oft-quoted yet appropriate words of Aleksandr Solzhenitsyn: “The line separating good and evil passes not through states, nor between classes, nor between political parties either, but right through every human heart.”