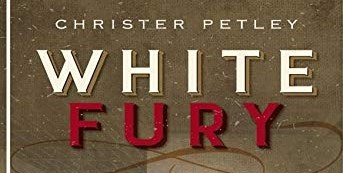 Christer Petley’s White Fury: A Jamaican Slaveholder and the Age of Revolution (Oxford, 2018).

“British historians write almost as if Britain had introduced Negro slavery solely for the satisfaction of abolishing it.”

This bitter observation, made by the noted historian and first prime minister of Trinidad and Tobago, Eric Williams, appears in the final pages of Christer Petley’s superb White Fury: A Jamaican Slaveholder and the Age of Revolution. It gives voice to a view that British historians, if not also the British public, have tended to see slavery primarily in terms of its abolition. And why wouldn’t they? Who wouldn’t want to see themselves on the right side of history? But if we are not careful it can be a story more concerned with praising John Newton’s amazing grace, than lamenting the utter wretchedness of the human cargo he had transported, so matter–of–factly, across the Atlantic.

Petley does not say so explicitly, but one gets the sense while turning the pages of his book that he had Williams’s words firmly in mind. White Fury, simply put, is an unvarnished portrait of British slaveholding. More specifically, it is a portrait of Simon Taylor, not only the most “successful” of the Caribbean planter class, but also one of the wealthiest men of the British Empire.

Employing Taylor’s correspondence as his principal resource, Petley traces the slaveholder’s career from the mid 18th to early 19th centuries as it weathers storms both literal and figurative. High winds, blight, and disease turn Taylor’s sugar plantations into high-risk, high-reward ventures, while the American and French revolutions and the unwelcome rise of abolitionism challenge his relationship to the Empire. And so we read of Taylor’s hopes, fears, struggles, ailments, frustrations, and finally his fury when the British government turns its back on what still remained a highly profitable industry. Abolition, for Taylor, was no humanitarian victory; it was nothing short of betrayal.

What is strikingly absent from Taylor’s correspondence, however, is any meaningful comment on the thousands of people who lived, and often quickly and miserably died, on his plantations. He treated these, by–and–large, as little more than livestock. Not much better was his treatment of those few relatively-privileged African men given authority over the more destitute, among which numbered a substantial number of women and children. Not much better still was his treatment of those Creole women, euphemistically referred to as “housekeepers,” who produced Creole children without the legal status of heirs. His quest for profit eclipsed their personhood; their value enumerated, literally, in pound sterling. His overwhelming concern, then, was for their economic productivity, tempered only by an ever-present fear of their revolt.

Gratefully, Petley does not limit his study to Taylor’s self-interest. Instead, the reader is treated to a wider, richer view. At turns, Petley traces the passage of a slave ship on its dreadful course, details the hardships of plantation life, reveals the integration of Caribbean and British mainland economies, and much besides. Indeed, one can quite easily imagine a not too indirect line from the lucrative output of Taylor’s plantations to the proverbial spoonful of sugar in the average British home. All the President’s Men told us to “follow the money”; in this case, the same could well be said of the sugar.

All told, then, Petley offers both a bracing and enlightening account of this troubled period in British history. It is carefully-researched and highly readable. It is unflinching yet unpolemical. And it offers much to chew over, to reflect upon. So, of the many possible subjects to explore in the latter part of this review, I think it beneficial to highlight at least a few.

The first, concerns Taylor’s colonial British identity. As has often been pointed out, the American Founding Fathers were evidently not referring to the new nation’s multitudes of African slaves when they affirmed that all men were created equal. But in light of Taylor’s letters and the wider contours of British colonisation detailed in Petley’s study, it occurs to me that the Declaration is neither as tragically ironic nor obviously unjust as I had previously assumed. White colonists, and particularly those ruling over a multitude of black slaves, were in fact often at the more progressive edge of political liberalism. They were especially keen to assert their rights and freedoms vis–à-vis a potentially overbearing government back home. Such freedom, moreover, was further reinforced in contrast to the enslaved people who surrounded them, laboured under them. Freedom, alongside whiteness, western civilization, and religion, was what made them distinct, and––in their eyes––superior.

The second relates to Taylor’s stunning degree of compartmentalisation. How is it possible to be a champion of freedom while enslaving others? But perhaps that is just my naïveté talking. The world’s first democracy, after all, was underwritten by slave-labour, specifically in the silver mines southeast of ancient Athens. And yet the theological and biblical allusions scattered about Taylor’s letters still strain the boundaries of credulity. What is anyone to do with a slaveholder who unironically describes their position relative to the British government as being akin to Israelites straining under Egyptian bondage? And yet, there is Taylor again, thanking Providence for blessing his labours.

If there is a place for critiquing Petley’s otherwise fine analysis, it is here. Much more could have been said about the religious and theological content that emerges in the writings of both slaveholder and abolitionist. And the same surely goes for the beliefs of the slaves themselves.

Early in the book, for instance, there is brief mention of the nonconformists who arrived in Jamaica and immediately set to work undermining the strict hierarchy of the slave society they encountered. Unlike the baptisms into the Church of England for those select few of Taylor’s skilled and favoured slaves, these sought mass baptisms and grassroots change. Indeed, despite the caricatures of present popular imagination, such missionaries were more typically thorns in the side of imperial economic interests rather than ignorant agents of colonisation.

And later on, when Petley charts the rise and ultimate success of the abolition movement in Britain, he repeatedly refers to these as humanitarian activities. But this movement began among the Quakers and then gained momentum predominantly among evangelical Anglicans. Humanitarian is thus far too secular a word for something so explicitly theological. From Clarkson to More, from Newton to Wilberforce, slavery was a sin––a sin for which the British Empire was already being judged by God. What then to do with these conflicting theologies with real world consequences? What then to do with those places where slaveholder and abolitionist were otherwise in theological agreement? Neither party, it must be said, was in much doubt that the Empire itself had been providentially ordained.

With this criticism aside, I return again to Williams’s initial observation. Not only can the standard British account of slavery focus more upon abolition than the slavery itself, but it can also prioritise the voices of the powerful, regardless of whether they are doing the enslaving. Petley appears sensitive to this pitfall. At every opportunity he seeks to give voice to the thousands of otherwise historically voiceless men, women, and children unloaded upon Jamaican shores. Indeed, the very arc of the work seems to point in their direction. Whether intended or not, I appreciated his decision to address the immense cost born by these people first, prior to any exploration of Taylor’s own risks and labours. It gave the welcome impression of putting matters in their rightful place, if only in historical retrospect.

And it is this tendency that brings me to a final, discomfiting reflection. As I first began to read White Fury, I became aware that I was approaching Taylor in terms of how and why he did what he did. How could he have systematically disregarded and even destroyed so many people, so many images of God? Surely profit, no matter how great, could ever pay off such a grievous blood debt. How could he sleep at night? And yet… and yet. Follow the sugar. Follow the tags on my clothing. Follow the phone in my pocket, to the hands that made it, and under what conditions. I don’t know. Follow the often war-torn origins of the metals that bring my devices to life, ever-hungry for my entertainment spent in leisure. Do I want to know? Do we?

Compartmentalisation and its dear friend Hypocrisy are never too far away from the human heart. But there is yet more to say. My perspective, when reading Taylor’s letters and, indeed, Petley’s study, assumes a freedom to choose; the freedom to say no. It is clearly not, then, the perspective of one shackled to another in the dark, rows upon rows, stench and disease, frightened, angry, hopeless, human cargo shuddering along the Middle Passage. I struggle to imagine myself in that place, so far from freedom, even though it has been experienced by so many. So many. And that distance is haunting, and more revealing, than I would care to admit.

Dr. Steve Watts teaches Church History and Spirituality at WTC. He received his PhD in Mediaeval History at the University of St Andrews and was most recently a postdoctoral fellow at the Pontifical Institute of Mediaeval Studies in Toronto. He graduated from Regent in 2010 with an MCS in Interdisciplinary Studies. He presently lives in Hamilton, Ontario, with his wonderful wife Elissa and four bright-eyed children.