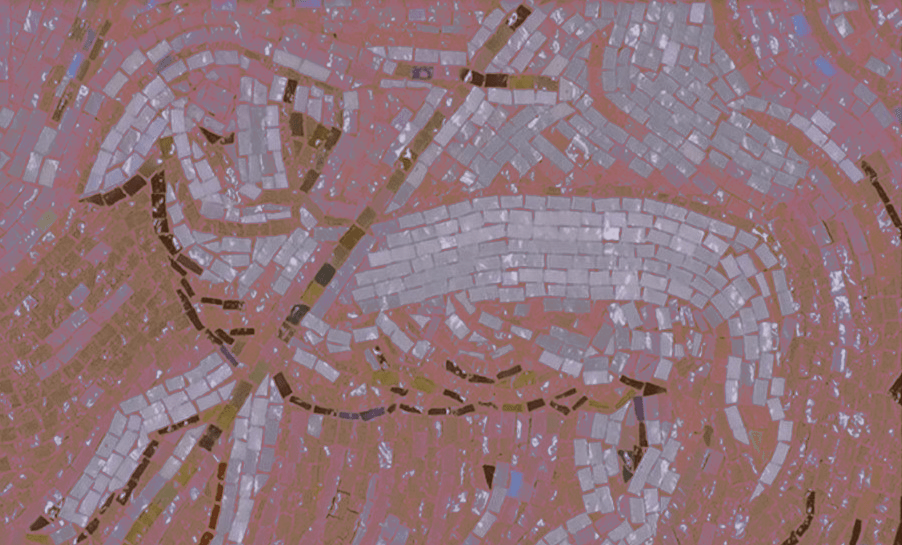 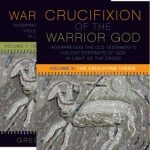 In my earlier post on The Crucifixion of the Warrior God, I discussed Boyd’s insistence that the cruciform hermeneutic requires us to interpret the OT in light of the cross. We can imagine that happening in different ways. For instance, we might look at how a given text paves the way for the cross. We might explore the relationship between the sacrificial system and the language NT writers use to explain the cross. But for Boyd, Crucicentrism means that all texts must conform precisely to the non-violence of the cross. If a given portrait of God in the OT doesn’t look like Jesus’ non-violence, it must be re-read until it does.

Thus, Boyd consistently argues that when confronting an OT text of violence, the cruciform hermeneutic ‘requires us to consider Scripture’s violent divine portraits to be accommodations that conceal God’s true character on their surface while revealing his true cruciform character in their depth’ (683). So Boyd’s re-readings of OT narrative aren’t really interpretations. He already ‘knows,’ by the requirements of his hermeneutic, that anything we read in the OT will come out looking like the cross. If the surface looks violent—dig until you find non-violence. If you don’t find it, re-read, spiritualise, or allegorise until it looks like the cross.

For Boyd, the impetus for this strong brand of Crucicentrism (which some call ‘Christo-monism’, yet see pp. 134-137) is the Bible’s own claim that ‘God was pleased to have all his fullness dwell in [Christ]’ (Col 1:19), and the idea in Hebrews that Jesus is ‘the exact representation of [God’s] being’ (Heb 1:3). Moreover, Paul resolved while among the Corinthians to ‘know nothing … except Jesus Christ and him crucified’ (1 Cor 2:2). Of course Paul did preach other things, but Boyd will point out repeatedly in his book that the cross most fully reveals God, full stop.

Boyd’s use of a Crucicentric reading of the Bible exhibits an ideological/rhetorical tendency called ‘perfection’ that is common in theology, and worth exploring briefly, since its potential impact on our theology and interpretation of Scripture is massive.

In his landmark book Paul and the Gift, John Barclay discusses the notion of ‘perfection’—a concept he drew from Kenneth Burke. ‘Perfection’ refers to a tendency ‘to draw out a concept to its endpoint or extreme, whether for definitional clarity or for rhetorical or ideological advantage’ (Barclay, Paul and the Gift, 67). So for instance, a Christian might claim that living by faith means never asking for money, not working, not going to doctors, and never making any plans so as to allow for God’s leading. In this example, faith is ‘perfected,’ or taken to its extreme—one that goes well beyond the examples and meaning of faith in the Bible. In the Bible, faith is embedded within a network of ‘other balancing and limiting concepts, which inhibit their extreme expression’ (67). The point here is not that faith is not extreme, but that it gains its meaning in relation to other important concepts. A ‘perfected’ concept (or symbol) is usually lifted out for ‘definitional clarity or polarizing rhetoric’ (68). 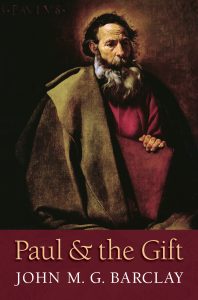 Because God is, in Christian theology, the most perfect entity, there exists an almost irresistible tendency to draw out concepts related to God to their ‘nth degree. In so doing, scholars and theologians extract concepts from their web of related concepts or narratives and allow other ideological systems to fill them with meaning. In Barclay’s study, he shows how theologians through the ages ‘perfected’ (and thereby distorted) grace. Thus the emergence of ideas like ‘sheer grace’ and ‘pure grace’ that are ‘totally gratuitous’ and the like (69). For instance, theologians through the ages have argued that divine grace is given without any expectation of a return favour, which as Barclay points out, is totally contrary to the biblical picture where grace is a merit-free gift that nonetheless expects a response of obedience.

Barclay also demonstrates how Marcion, the early church heretic who rejected the OT, ‘perfected’ the concept of divine goodness and benevolence. In Marcion’s reading of Paul, for instance, he ‘not only emphasizes Paul’s association of the Christ-event with the grace and mercy of God, but perfects this association in the direction of singularity … distancing the God who is purely and entirely good from any hint of the exercise of judgment’ (83). This is a ‘paradigm case of the rhetoric and ideology of perfection: a single notion (here the benevolence of God) is radicalized, purified, and made internally consistent, forming a polar opposite to its negative foil,’ which in his case, was the OT (and parts of the NT) and its texts portraying a God who judges (83). Thus, Marcion radicalizes the concept of goodness (influenced by Greek philosophical ideas of what actions are ‘befitting’ a god) to an extreme point, such that any non-conforming texts were excised.

While I don’t think Boyd drives in the same lane as Marcion, he does clearly exhibit this urge—present in all of us—to perfect a concept or symbol that plays a key role in his theology. For Boyd, that concept is the cross—influenced by the ethical ideals of non-violence—which he perfects to its logical extreme. That perfection involves an extension of (a) the idea of Jesus as the full representation of God, (b) the emphasis on preaching the cross in Paul, and (c) the principle of non-violence. These theological ideas are combined, radicalised, and extended into a pan-biblical ‘hermeneutic’ that involves a re-interpretation of the very texts that lend the cross meaning and sense. My primary concern with Boyd’s perfected Crucicentrism is not that it prioritizes the cross, emphasizes non-violence, or that he sees the OT pointing toward the cross. My concern, instead, is that Boyd’s system does not allow the OT to function as an interpreting lens for the cross (which is precisely what we see as the dominant pattern in the NT). That lack of two-way traffic leads to a kind of hermeneutical tyranny,[1] where the perfection of non-violence in the cross becomes the benchmark for whether or not we can ‘accept’ the plain sense of a text in the OT. In the process, the story of Israel, with all of its rich (and often troubling) symbols, is fragmented into its acceptable parts.

There are several by-products of Boyd’s Crucicentric perfection. I’ll mention a two of them here.

My criticism of perfection in Boyd’s study is not meant to suggest that we moderate our talk about the cross, or consider it less radical than previously thought. Instead, I’m suggesting that the cross needs to be understood as part of a wider network of narrative symbols and Christological considerations that enable the message of Christ, and him crucified, to emerge in all of its culturally and narratively conditioned colours. It cannot function as a naked hermeneutic, as though its meaning is self-evident. The writers of the New Testament are at pains to show that Jesus’ crucifixion was consistent with, as well as the fulfilment of, Scripture’s testimony about Yhwh, even if they couldn’t see it at first. This is why Jesus chides his disciples for not seeing beforehand that the Messiah needed to suffer before his enthronement. They should have known that on the basis of the OT (Luke 24:26). This is why Peter, Paul, and the other apostles could argue from Scripture that Jesus was the Messiah (Acts 17:3). To that end, I submit that the radical story of the cross was, according to the NT, the surprising yet consistent fulfilment of Israel’s scriptures. Those scriptures provided the interpretive grid for understanding the cross, and more broadly, Jesus birth, life, death, resurrection, and enthronement. They revealed a Jesus who was high priest, sacrificial lamb, purifying sacrifice, Davidic king, Isaiah’s Immanuel and suffering servant, Daniel’s Son of Man, the fulfilment of the law, the Temple itself, and indeed, Israel’s God.[4]

[3] Though Boyd does recognise Paul’s imperfections that come through in his letters (pp. 589-91).

[4] Thanks to Steve Watts for some of the wording in this last paragraph.