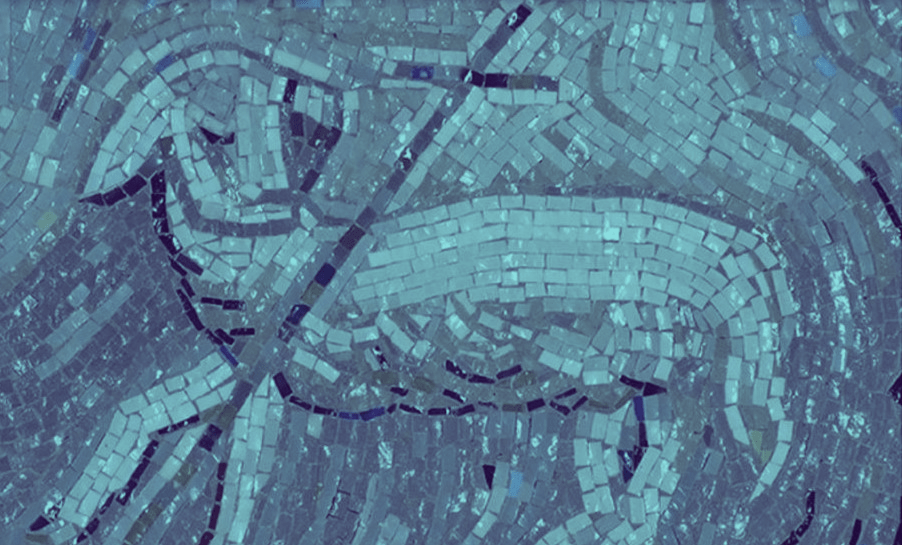 In the previous post I noted several of Boyd’s hermeneutical starting points, as well as his expressed and tacit assumptions about Scripture. After this post, I’ll stick with his second volume, where he develops four principles for understanding the ‘cruciform’ God revealed in both the Old and New Testaments. But for now, I want to consider the cruciform thesis itself, and whether it yields enough explanatory power to solve the riddle of violence in Scripture. As a caveat, Boyd’s book does a nice job raising and responding to possible objections to his thesis, so I highly recommend that readers of this review get his book to see his responses to other parts of his argument.

As noted in my last post, Boyd’s proposal is crucicentric. According to Boyd, the cross reveals most fully what God is like—even more than other aspects of Jesus’ life. He’s non-violent and self-sacrificial in his love. All other (biblical) portraits of God pale in importance to the revelation of the non-violent love of God on the cross, even if they are God-breathed portraits.

Boyd ties his cruciform thesis closely to a doctrine of inspiration. Because (a) the cross is the fullest revelation of God, and (b) all Scripture is God-breathed, (c) we should expect a cruciform God across all the pages of Scripture … if we look deeply enough. Moreover, (d) any portrait of God that seems to conflict ‘should never be allowed to undercut, compromise, or qualify in any way the portrait of God we are given in the crucified Christ’ (p. 280).

Thus, as one interprets the OT—even its ‘dark side’—the driving concern should be to discern ‘how it [the OT] bears witness to this very portrait’ of the crucified Christ (p. 280), and to reject all portraits of God that hint of violence. This task is easy for Boyd when reading of God’s covenantal love for Israel—often portrayed as a marriage—and his overwhelming commitment to show mercy and grace to his people, which Boyd beautifully details (pp. 281-285).[1] Boyd calls those texts ‘direct revelations.’[2] But it proves immensely challenging when peering into the heart of ‘damnable texts’ (p. 287).[3] In these cases, OT texts confront us with portraits of God that contradict the portrait of God in the crucified Christ.[4]

This puts the interpreter in a bind. The OT is God-breathed, but when interpreted in its literal, or even literary (i.e., in accordance with its presentation in the literature of the OT) sense, the Warrior God of the OT is not the Slain Lamb of the NT. Abiding with the literal sense of the text would require a Marcionite rejection of the OT, according to Boyd. But while he is sympathetic to Marcion, he parts ways. He writes:

To be perfectly honest, I have a certain respect for Marcion and his followers who decided it was better to “cast away the Old Testament than tarnish the image of the Father of Jesus Christ by mixing in traces of a warlike God.”[5] Given their mistaken belief that they had to choose between Jesus and the OT, I admire their bold choice. But it is this false either-or proposition that I strongly reject. (p. 344)

So what options does an interpreter have?

To work out of that bind without succumbing to the Marcionite temptation, Boyd sides with Origen and other church fathers who pursued more admirable images of God in the OT. For Origen, the OT was to be read allegorically to conform to the image of Christ, and often in striking agreement with Greek philosophical and moral concepts.[6] Of course Origen also sought to discern the spiritual meaning of the whole Bible, including the NT, when the literal made no sense.[7] His pursuit of meaning beneath or beyond the surface was not a specific mode of OT interpretation.[8]

While Boyd rejects the allegorical method he perceives in Origen, he embraces Origen’s effort to resist literal readings of violent texts. Boyd’s particular method is abductive. Though critical of interpreters who try to put the ‘best spin’ on the OT,[9] Boyd assumes the best of the whole OT by suggesting that God allows himself to be misrepresented, and in that allowance, we see—as a literary crucifix—the God who ‘became sin,’ and ‘bore’ humanity’s sin on the cross.

We can, in a word, discern in these violent portraits that God was bearing the sins of his people and was thereby taking on an ugly literary semblance that reflected that sin, just as he did in a historical way for all humanity on Calvary. (p. 457)

In other words, he ‘postulates a hypothetical scenario that, if true, … [renders] otherwise puzzling data intelligible’ (631). While the OT’s texts ‘conceal God’s true nature on their surface, they reveal God’s true nature in their depths’ (650). Those depths, however, are not native to OT texts. Instead, they come from elsewhere, from the NT. When adopted as an interpretive grid, finding that deeper meaning proves easy to predict, since the outcome is always the same—a cruciform image of God.

In light of what I’ve just sketched, I want to offer a few reflections, critiques, and questions. I realised once writing the 7 points below that each relates to my distrust of approaches to extremely complex issues that resolve all tension. The danger, by my reckoning, is that there are always hidden costs when we do this. I’ll discuss those later, but for now, a few questions/critiques:

The NT itself assumes difference between (or narrative development) between the cross and other acts of God. For instance, in Peter’s sermon in Acts 3, Peter distinguishes between the way Jesus treated those who crucified Jesus in ignorance, and the way he would judge those who knew Jesus as exalted Lord and yet rejected him (v. 23; cf. 13:40-41; Heb 2:2-3). Paul also recognizes that God treated him differently when he was, unwittingly, a blasphemer: ‘I was formerly a blasphemer, a persecutor, and a violent man; yet because I had acted in ignorance and unbelief, I was shown mercy’ (1 Tim 1:13). Or take Jesus’ own imprecation against Judas in John 13:18 (cf. Ps 41:8-10), who knew him and yet betrayed, or the disciples’ treatment of the same (Acts 1:16-20; cf. Ps 69:25; 109:8). My point here is not to overplay the contrast between crucifixion and other acts of God, but to observe that God’s response to enemies is not exactly and always the same (insofar as we can tell, but I’m up for surprises!). The examples I’ve given suggest that God treats ignorant enemies different than those who possess fuller knowledge yet act against him.

I am sympathetic to some of Boyd’s concerns over violence in the OT, and have made attempts myself to try to wrestle through it. But unfortunately, the way Boyd unfolds his cruciform hermeneutic pulls the OT-shaped legs out from under the NT’s presentation of the cross. To that extent, it doesn’t give adequate privilege to the entire kerygma—or core teaching about Jesus, which begins with the story of God and Israel, and moves through the incarnation to the life, death, resurrection, and ascension of Christ, and presupposes the unity of divine revelation.[12] Nor does he give adequate attention to the discreet witness of the OT, including its nuanced and complex wrestling with the problem of violence itself.

But more on that in the next posts.

[1] Of course the specifics of that covenant, which involve threats against disloyalty, would not meet Boyd’s cruciform standard.

[2] See my previous post for examples of this phrase in use.

[6] See Provan, The Reformation and the Right Reading of Scripture, 179. F

[11] My thanks to Matt Bates for that question.

[12] Matt Bates raised a question to this effect in our podcast interview with Boyd.