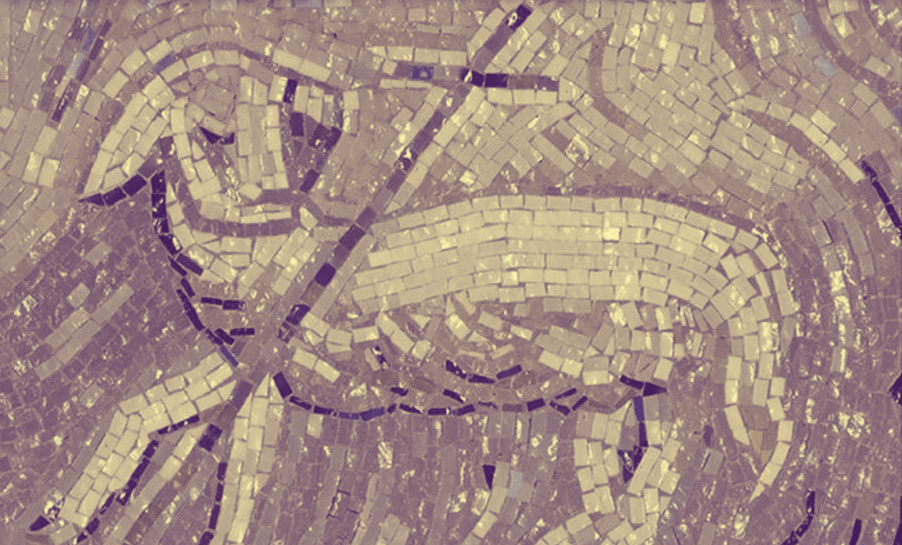 My review of Crucifixion of the Warrior God focused thus far on Boyd’s overarching approach to the problem of violence in the Old Testament. The review has been selective, but identified what I consider several large-scale opportunities and problems with his approach.

In this final review post, I focus on Boyd’s approach to the book of Joshua. Often considered the crux interpretum for anyone attempting to wrestle with the problem of violence, I felt it important to see how he actually reads this portion of Scripture, and whether his ‘cruciform thesis’ provides a way forward.

After reviewing and critiquing Paul Copan’s Is God a Moral Monster? and finding it unsatisfactory (rightly, in my view, pp. 917-960), Boyd turns to his alternative cruciform approach to Joshua. To restate the problem Boyd sees: The story of divinely mandated merciless slaughter of men, women, children, and animals is incommensurate with the portrait of Jesus’ non-violent response to his enemies and his command that his followers treat enemies the same.

There is ample biblical support for Plan A. Note the following example:

Other texts in the Pentateuch, and even Joshua, repeat the idea that Yahweh would gradually displace the Canaanite population before the Israelites (Exod 33:2; 34:11; Lev 22:23; Num 32:21-22; Deut 4:38; Josh 24:11-12). And no text suggests that the gradual displacement would be an alternative if a Blitzkrieg slaughter failed. Instead, the Pentateuch repeatedly suggests that the conquest would involve forced resettlement. Moreover, Yahweh alone would drive the Canaanites out by making the land inhospitable to them such that it ‘vomits’ them out (Lev 18:24-25).

Boyd suggests that this earlier plan was both non-violent and Yahweh’s ideal (p. 971). He considers this part of the story a ‘direct’ revelation because it coheres with the image of Jesus’ non-violent response to enemies on the cross.

Plan B: ‘Giving the Canaanites Over’ to Israelite Violence

However, as often occurs, the people didn’t hear or heed what Yahweh commanded. Instead, they adopted a ‘culturally conditioned assumption’ that Yahweh wanted them to acquire the land through violence (p. 973). Thus the claim that God told them to ‘eliminate’ the Canaanites ‘all at once’ (Deut 7:22), which appears to flatly contradict the idea of God displacing the Canaanites ‘little by little’ (Exod 20:33). This extermination plan is an indirect revelation, since it is both culturally conditioned and not what God said.

Here we return to Boyd’s idea that when faced with a text that does not cohere with the non-violence of the cross, we must nevertheless treat such texts as revelations of ‘something else’ that the text only hints at. In other words, the interpreter is to reconstruct from Plan B-type texts a scenario that looks like the cross.

Thus with confidence Boyd hypothesizes that the Israelites distorted Yahweh’s initial word—his Plan A. Like Jesus’ disciples, Moses and the Israelites listened selectively to Yahweh’s commands, opting for violence. They then ‘conceive[d] of God along the lines of a typical ANE warrior deity’ (p. 980). Whereas God had originally planned to displace the Canaanites non-violently, now via Plan B God gives them over to Israelite violence by withdrawing his protective presence. The story of Joshua preserves traces of both plans.

In Boyd’s ‘what’s really going on’ scenario, he attempts to stick as close as possible to the biblical text. I appreciated this dimension of his work, as well as his close reading of Brueggemann on Joshua 11 (see pp. 986-1002). Several aspects of his thesis deserve attention here.

For Boyd, Plan A reflects ‘what we would expect’ a cruciform hermeneutic to yield. A non-violent displacement of Canaanites squares with Jesus’ non-violent treatment of his enemies. In this story of displacement, we discern the Spirit ‘breaking through’ and bearing witness to the way of the cross.

Displacement is Not Non-Violent

However, it is difficult to see how his displacement scenario paves a road to Calvary—especially as Boyd understands Calvary. He states that God’s plan was ‘to make this region so unpleasant with hornets that the indigenous population will voluntarily relocate themselves’ (p. 966). Rendering the land inhospitable due to insects would have inflicted widespread damage and death to the indigenous populations. Moreover, it would have thrust the Canaanites into the hands of their inhospitable neighbours, precipitating significant conflict. In short, displacement is not as non-violent as it sounds.

Moreover, I don’t see how displacing enemies (Plan A) fits at all with Jesus’ act of embracing his enemies on the cross. If God was in Christ reconciling the world to himself (2 Cor 5:19), even Plan A would need to be re-interpreted to bear witness to the cross. The inhospitable land thesis seems to fly in the face of the ‘hospitality of the cross,’ to use Hans Boersma’s phrase.[1] To this end, Boyd’s approach shows signs of stress. His hermeneutical principle of ‘conservation’ requires him to salvage as much of the text as possible, yet even the texts he salvages rarely meet the standards he sets.

I don’t think this is a problem with the biblical story, per se, but rather a problem with Boyd’s approach of squeezing each text until it submits and confesses to things that match exactly his reconstructed picture of the cross. This approach flattens the biblical text into a series of direct and indirect ‘literary crucifixes,’ such that each OT text only ever confirms what we already know from the cross. It flashes pictures of God from one moment in time.

Other Potential in Joshua

Boyd covers a wide range of material in his 1,400-page book. For a 1,400-page book on OT violence to spend only about 50 pages on Joshua is a missed opportunity. Granted, he’s dealing with quite a few texts. Indeed, the book is full of biblical references and specific examples. However, it seems to me that Joshua is the case for any theory of violence in the Old Testament, and for there to be almost no discussion of the Rahab-Achan story, very little discussion of the ways that Joshua was actually re-applied non-literally within the Old Testament itself (e.g., during Josiah’s reign), hardly any investigation of ways that the herem (ban) instructions resist easy literalization,[2] no attention to the possible post-exilic setting of Joshua in its final form, and much more. In all these ways, Joshua and the ongoing OT traditions engage in re-framing and critiquing the book’s surface violence in ways that Boyd misses. While Boyd engages in a close reading of Joshua 11, and to good effect, I expected to see a more nuanced treatment of the whole book.

In sum, Boyd’s Crucifixion of the Warrior God will likely engage interpreters for years to come, and will have significant impact via his popularized Cross Vision. I highly recommend that students of the Bible engage Boyd’s book, if for no other reason than to look the problem of violence squarely in the face. However, I doubt Boyd’s book will win the day, even for Christians willing to engage in ethical critique of the Old Testament. Boyd’s book ultimately drives readers into the same untenable position as the interpreter who says, ‘There’s no problem here.’ Both propose a total solution to an intractable problem. Both leave readers vulnerable to that one small crack in the glass that splinters a thousand ways and eventually shatters the whole.