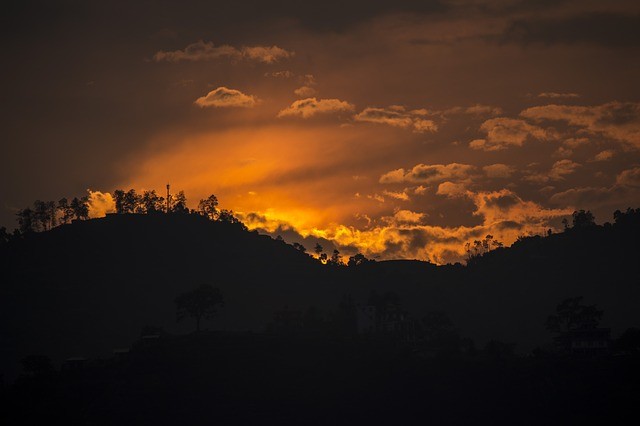 There is only one God…

One of my wife’s co-workers once discovered that I was studying the Old Testament and said something like, ‘Oh, I love the Bible, especially where it says that we’re all gods.’

I’d never heard that before, and thought it unlikely. It sounded too much like self-actualizing pop religion. Until I went digging … and there it was:

This perplexed me, though not for the reasons initially thought. As is often the case with biblical quotes, my wife’s co-worker had taken this verse wildly out of context. It isn’t actually saying that all humans are gods, but that there was an assembly of gods in which Israel’s God Yahweh stood and spoke judgement. But still, the idea of other gods existing and getting condemned seemed to fly in the face of the idea that the Bible is a monotheistic book.

A core tenet of Jewish, Christian, and Islamic faiths is the claim that there is only one God, not that there used to be lots of gods until Yahweh emerged victorious. The Abrahamic religions are monotheistic, which means that there aren’t (nor have there ever been) any other gods but the one true God Yahweh.

Other gods in the First Five Books

And these are book religions, which causes problems for Jews and Christians, since the Bible these faiths hold dear doesn’t always seem so monotheistic. Go no further than the second book of the Old Testament, and we read that Israel’s deity would ‘pass judgement on all the gods of Egypt’ (Exod 12:12), or that Yahweh is greater than other gods, who presumably, were thought to exist (Exod 15:11; 18:11). Even the verse which might seem monotheistic at first—‘You shall have no other gods before me’—at least acknowledges their (potential) existence.

The difficulties only compound as we move into the last book in the Pentateuch. Although Deuteronomy asserts that Israel was to worship no God but Yahweh (Deut 6:4-5), Moses writes these surprising words:

When Elyon gave the nations their inheritances, when he divided up humankind, He fixed the borders of the peoples according to the number of the divine sons.  (Deut 32:8)

Most translations will read ‘sons of Israel,’ following what is undoubtedly a later textual tradition. To be sure, Israel is called God’s firstborn son elsewhere in the OT, and so there are good reasons for later texts to change the Hebrew to ‘sons of Israel.’ However, the phrase ‘divine sons’ (it could be either in Hebrew) occurs elsewhere in the OT in reference to divine beings (Ps 89:6), and the phrase ‘sons of Israel’ is likely a substitution. The fact that Deut 32:8 was changed by later scribes may reflect an anxiety over polytheism.

Other Gods in the Psalms

The book of Psalms exhibits a similar pattern. For instance, we find a similar substitution of terms when comparing Ps 29:1 and Ps 96:1

The later psalm substitutes human families for the divine family. Is this another case of polytheistic anxiety?

Other biblical texts refer to the ‘host of heaven’ praising God or giving him honour. Obviously, these are divine beings of some sort. For instance:

Other gods in Israel’s Stories

In addition to passages about gods or divine beings surrounding Yahweh in his heavenly court, praising, and so on, other biblical texts seem to imply that other nations had real gods ruling them, just as Yahweh ruled Israel. As an example, one of Israel’s judges named Jepthah states that both Yahweh and the Moabite God Chemosh have a rightful claim to their territories:

Should you not possess what your god Chemosh gives you to possess? And should we not be the ones to possess everything that the LORD our God has conquered for our benefit?  (Judg 11:24)

Using a different form of expression, Micah 4:5 states that ‘all the peoples walk, each in the name of its god, but we will walk in the name of the LORD our God.’

To be sure, there are verses in the Bible that claim that ‘the LORD is God; there is no other besides him’ (Deut 4:35), and that ‘there is no other god besides me, a righteous God and a Savior; there is no one besides me’ (Isa 45:21). But how are we to make sense of all these texts together? Do we just grab hold of the Deuteronomy 4:35s and Isaiah 45:21s and let go of the others? Or, are we to imagine the legitimate existence of other gods, not just in God’s angelic court but ruling other nations?